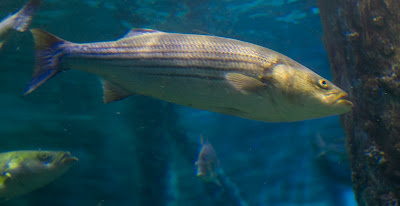 For last few weeks my daughter has been asking me to take her to the aquarium. I thought since today was a crappy rainy day it might make for a nice family outing. I was even willing to spring for the 200 dollars the Camden Aquarium trip would have cost the six of us. But, oh yeah, silly me, I was counting on my three teenagers to want to go. Give up lounging around and playing Black Ops or logging hours on Facebook. So you know that was out. So the rest of us went to Jenkinsons. It's a quick ride, not to expensive, and has enough to keep a young kid interested for a while. Hey, even I stayed into for most of the time. I started off watching a few beat up crusty stripers circle one of the large tanks. As I stood and watched I was trying to figure out how many more days until the bait starts to make it's way into the back bays and rivers. It's 45- 60 days away. I just checked the NOAA website when I got home, water temps in the New York Harbor are 37 degrees. Check out todays New York Bight sea surface temps from Rutgers Universities Coastal Ocean Observation Lab, aka RU COOL. I checked a few sources that have the water temps here 37-38 degrees. The white out you see on the sea surface graph is a white out caused by cloud cover that fools the satellite some 500 miles above the earth. Either way, spring can't come soon enough! 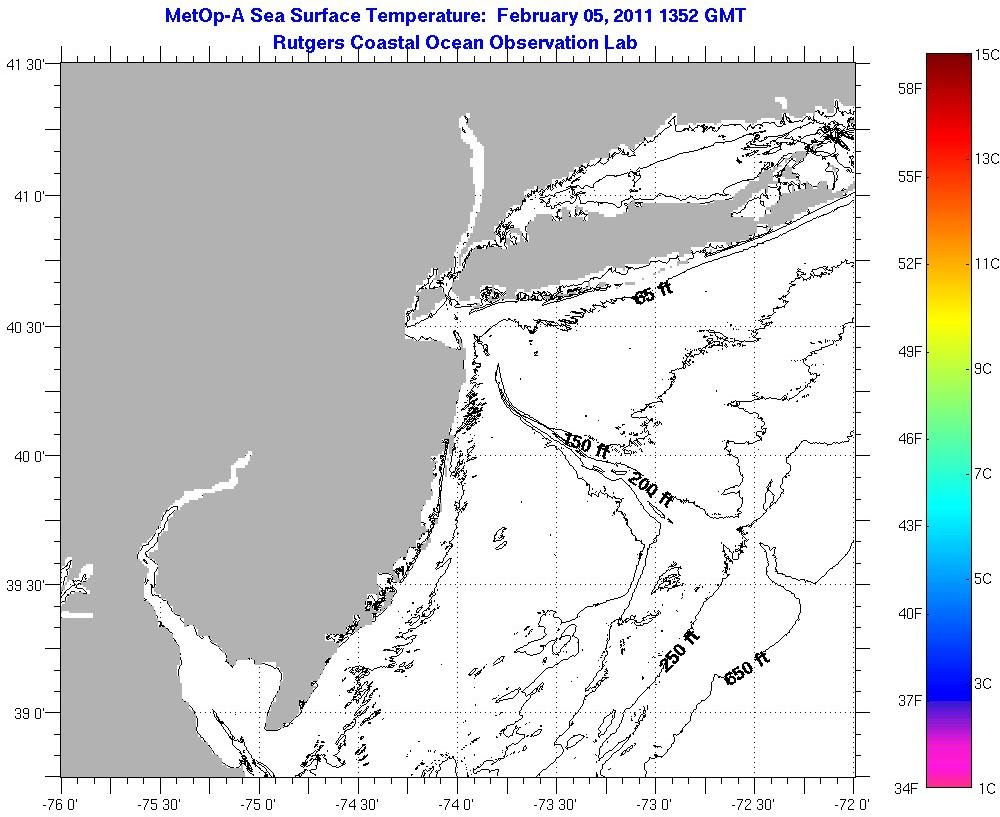 Posted by The Average Angler at 4:26 PM