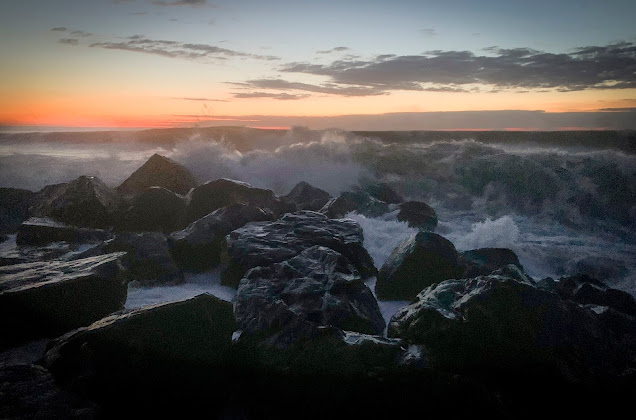 .....well it sucked, at least where I was. Started out 454 am just a few minutes before high tide. went straight for the rocks because that was the only place to be. Made my way out, got soaked in the process, and fished both sides trying to avoid the S swell that was breaking on the rocks and beach. At times it appeared the swell was running along the beach. 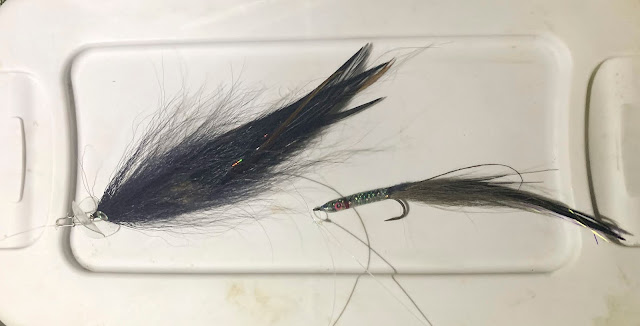 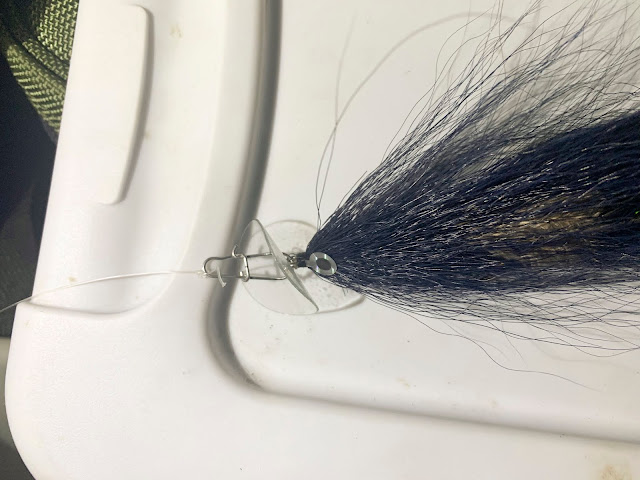 I went with a pbigger bunker pattern led by a Pulse Disc trailed by a sand eel. Thought it was a good plan. After two groin and being wet down my waders I decided to head back to the truck where I changed coast and went through a half a box of baby wipes, if you know what I mean. Luckily light was just starting to arrive. 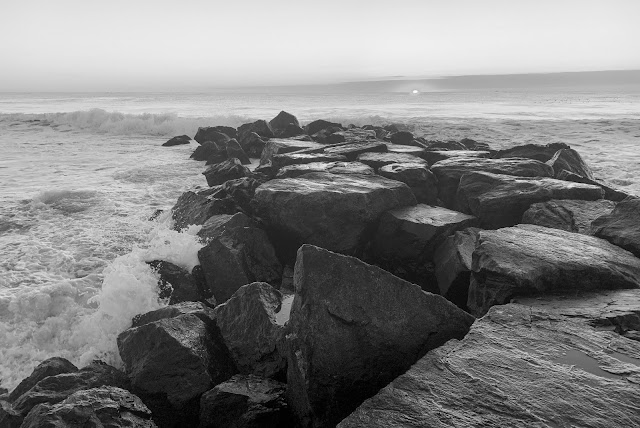 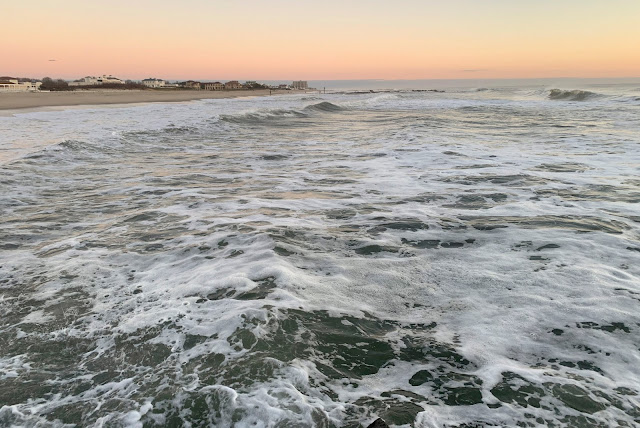 As light came the surf softened a bit. I could then see it was off color, not too bad, but the water was coming up the beach and just going down. That's what happens when you have beach replenishment. Today, on the high, you had about 1-1/2 hours before there was only 1 foot of water from the Bech scarp to the top of the sand bar. All the course sand gets sucked out, never compacts. How do I know? Have you ever walked along the beach and you sink with every step? Thats because its like walking through water filled gravel. As the tide ebbs the water gets pulled through the "stones" and pulls them with the liquid. 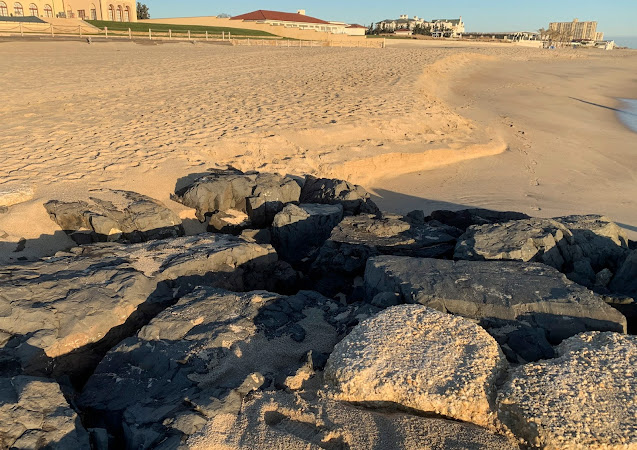 White water is good, yes. But not this white water. Its big swells breaking on the outer bar, then riding the bar, then building momentum again and breaking on the beach, or your stripping basket. I know sometimes the beach gets big, and sporty, and white water all over, but there is no "water lanes" running off the beach due to the lack of structure.
If you want to see good structure, untucked by man, go to Island Beach State Park. The towns north of it, Ortley, Lavalette, Brick, Mantoloking, and Point, have all been ruined by the beach replenishment, but they have some saving grace in that there are no groins down there. That's why home used to be called 'Jetty Country", but beach replenishment and groins don't work well together.
If you want to catch a fish, head south, the bites been good down there. But its not easy on the fly rod, no rocks, lots of waves breaking in your basket, and a left to right sweep that'll keep you running up the beach, wouldn't won't go over well with guys every 30 feet or so.

Posted by The Average Angler at 12:32 PM