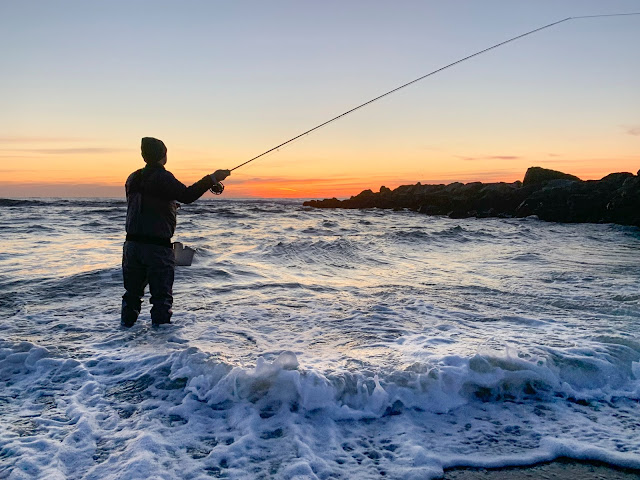 Had new to the surf flyby Chris out today. Started at first light and went right at it. Sand eel pattern, Double Barrel popper, small peanut bunker imitation.....nada. Sad thing is there were fish here the last two days. Luckily I didn't sell him on that, but did tell him later in the trip. 'You should have been here yesterday". Same old story. 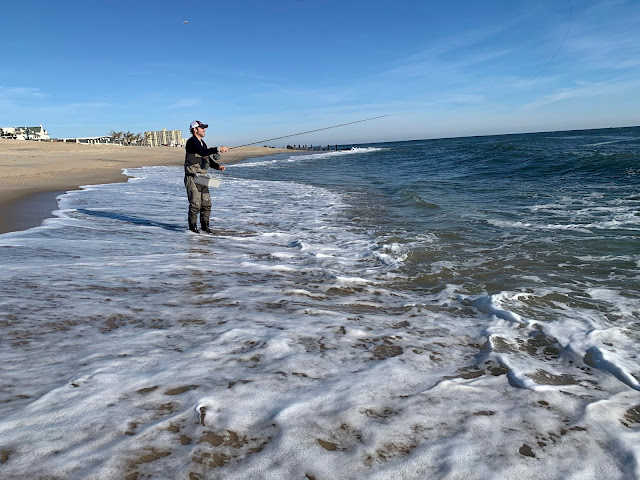 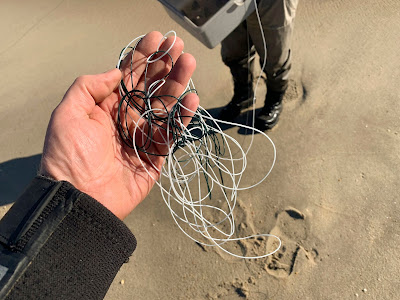 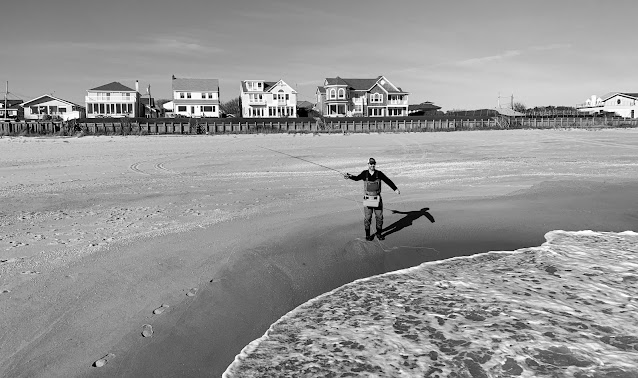 Chris fished hard, when we weren't on the road between spots he had a fly in the water. He can air it out and quickly learned that line management was key when fly fishing and using a stripping basket. We went from the Hook down to Deal and just when I thought it was going to be a skunk outing he went tight and brought one to hand.
It wasn't an easy day but hopefully he learned enough to want to take the ride down from Bergen County often and will get his passion for striped bass fishing going. He's a new tier and ties some nice flies after sitting in on a Jason Taylor session up at Tight Lines. 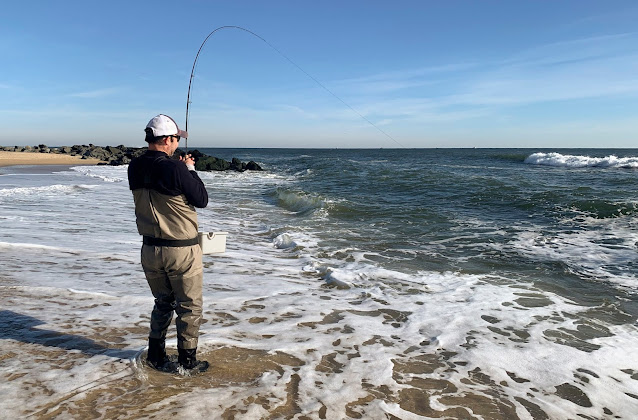 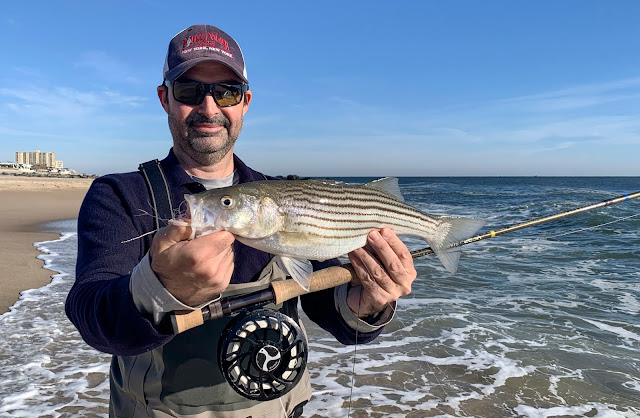 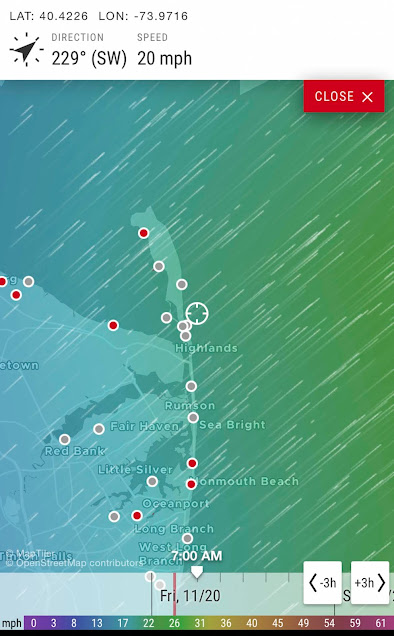 Now the original plan was to have Leif out for another boat trip. I'm keeping this fall to single stocks in the boat as I get used to the new ride. He was a great first test rat. So after looking at the forecast with the blowing SW wind for the afternoon we called it Thursday night. Just didn't want to get beat up coming down the beach, and not having much faith in the bay this fall. 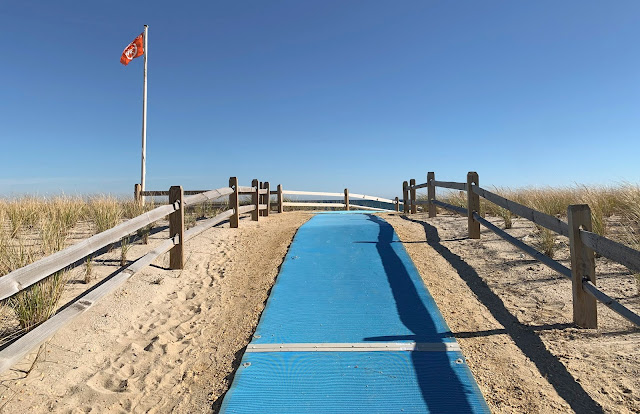 So we headed south. There's been a good bite down there and we learned when we arrived they had fish on the beach in the AM. Big bunker are around and the fish had pushed them in. I went with one of my favorite flies, a Joe Pheiffer hollow, which has caught a bunch, and is nearing the end of its service life. 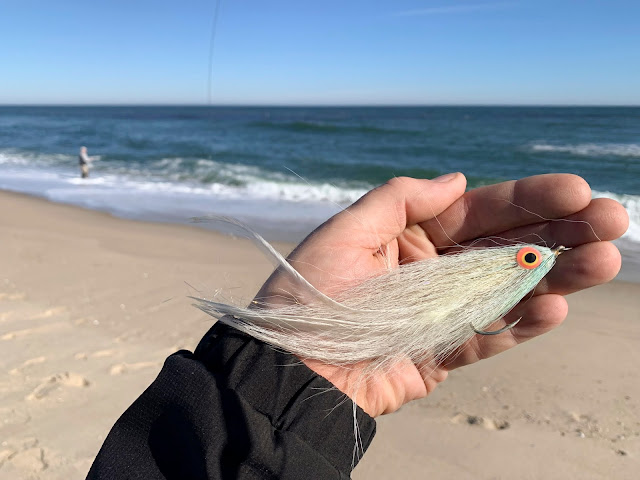 We followed a pod of big bunker down the beach a bit, in range to snag but nothing really on them. If you look below you can se them running along the bar that runs from Mantoloking down to Seaside. 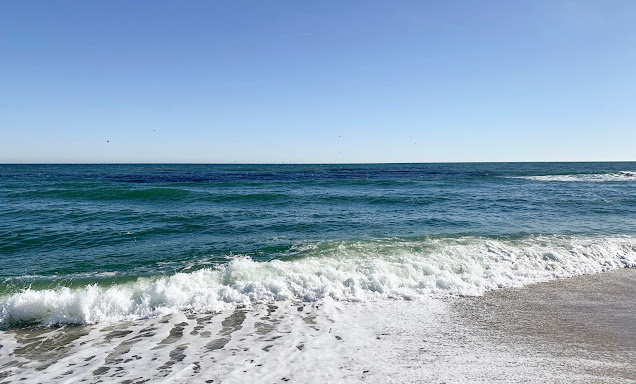 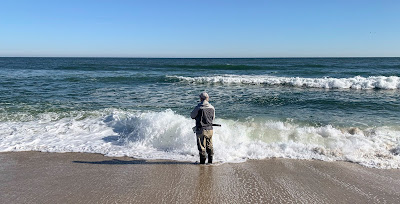 So today I was from Fisherman's Beach down to Seaside. Only saw Andy hook a few small ones in the early AM and then Chris's fish, none after that. We finished up before the sun set in Deal, wading out and casting into whatever water was left on the ebb, without a tap. 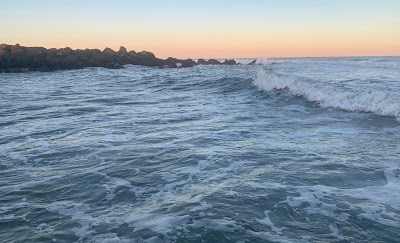 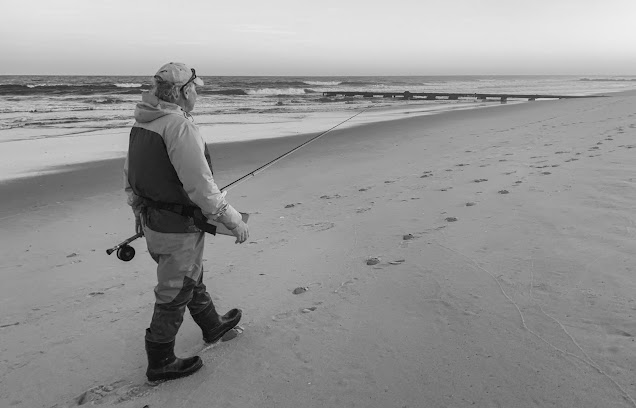 Posted by The Average Angler at 11:34 PM