I was at the end of the rocks at 5 am. Had a S wind on the outgoing tide. Ocean was pretty flat and couldn't see my feet yet alone if there was bait in the water and if it was being bothered. Started with a Deceiver, then went to a Snake Fly. When I turned to look towards the beach I was surprised to see two flyrodders  casting off the beach. I usually know who it is, as do most fly anglers, because there is such a small group that are out day to day. As I made my way down off the rocks I noticed one of the guys was Bill Hoblitzell. I remember Bill from when I worked at The Fly Hatch and more recently from early mornings trips down near the Shark River Inlet. Bill is a Captain and guide who ran Outback Charters for years, one of the first fly fishing guides here along the Jersey Shore.
Bill had the same Jones Brothers boat as I do and anytime I post something on my blog or Facebook where I'm looking for an idea or help he always comes through with a quick response. I had previously made some images of Bill fly fishing and did some more of the same today. These are from a Canon G12, a souped up point and shoot. I would love to have a session with Bill when I have my work cameras on and can really try some cool things. 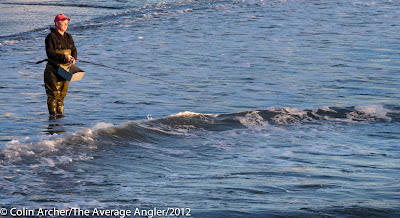 In addition to Bill and his buddy Marco, Leif was throwing his Snake Fly in the wash as well. Al fished his popper along the same beach as Leif and between all of us we had jus a few bumps with Rich landing a small blue and a fluke. I would bet we covered it pretty well and the fish just weren't around this morning.

Below are some more pics of Bill from this morning..... 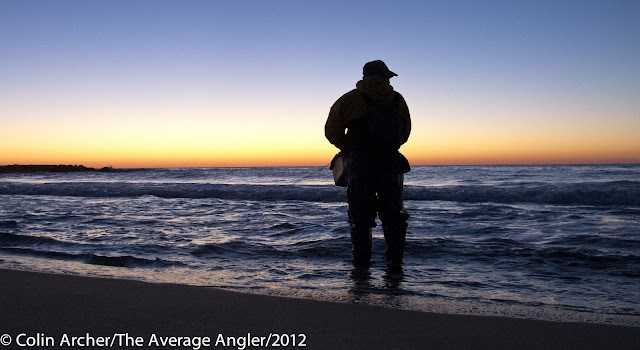 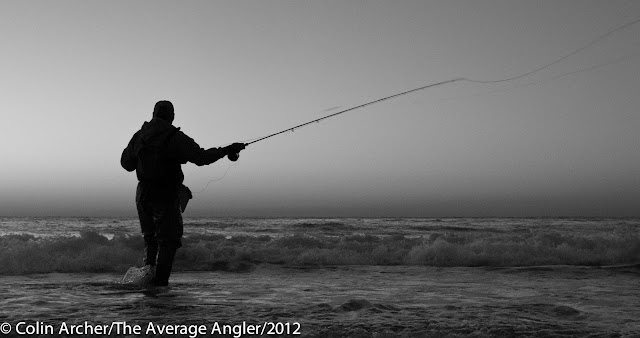 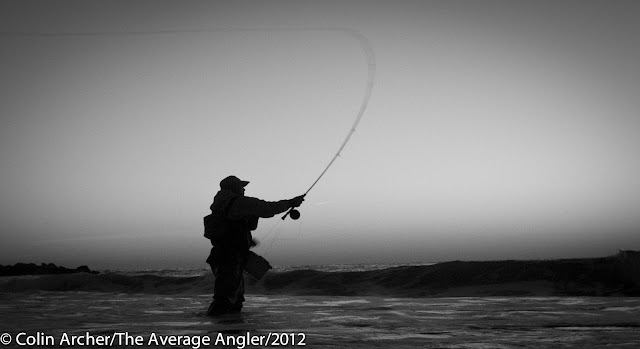 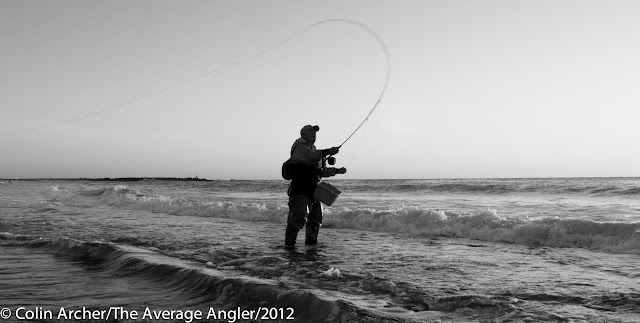 Posted by The Average Angler at 10:56 AM