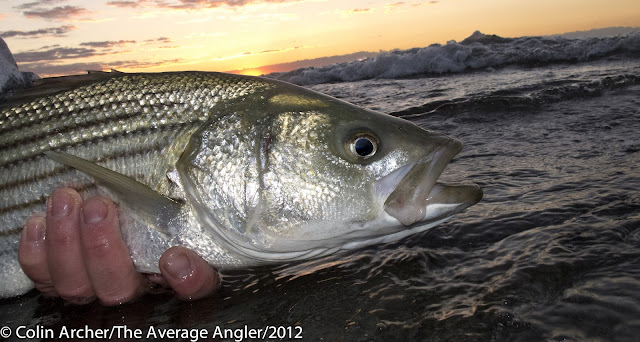 Beautiful fall morning on the Jersey Shore. Outgoing tide, W wind, lots of bait, and schoolie bass and blues on the prowl. When I arrived at the beach in the dark I was the only one there so I had my pick of the beach. I opted to to take the walk out on the tip of the groin to see what was up. I threw a popper in the dark without a bump and then went with a white Snake Fly as first light light painted the horizon. My buddy Rich came in behind me and moved into a spot off the beach. I watched as bass blitzed rain bait off the tip of the rocks and made a move to get even further out, but waves crashing where I wanted to go held me at bay. So I went and joined Rich.
Just at sun rise he hooked into a nice schoolie (which is the above fish) that grabbed a Bomber. He had landed 2 more while I was out on the rocks. We continued to fish a the sun rose and the by then the bite had slowed. Cocktail blues continued to run through the rain bait but the bigger fish had moved out. 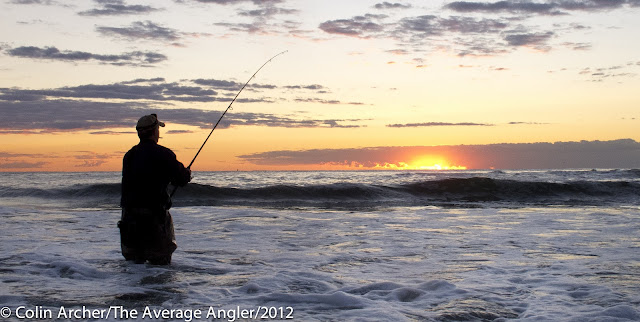 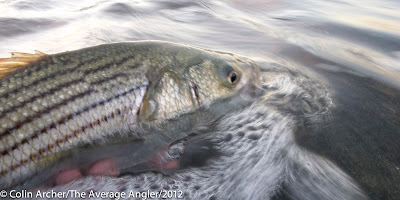 Posted by The Average Angler at 9:10 AM