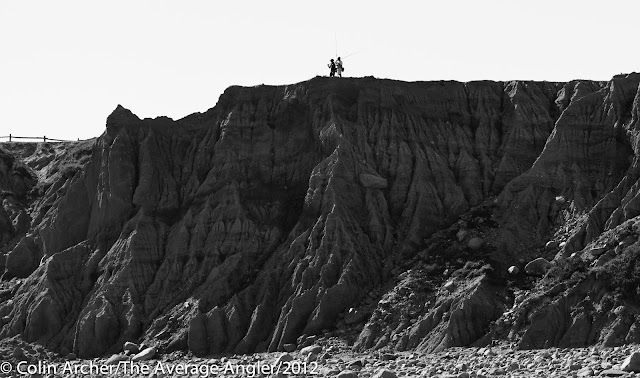 Well, I made it out and back. I joined my buddy Capt Jason Dapra of BlitzBound Charters as he traveled from the Garden State to "The End" to bring his 23 foot Jones Brothers out prior to the start of his season. It was my first time out there and I was looking forward to seeing "live" what I have read about and seen so much of. 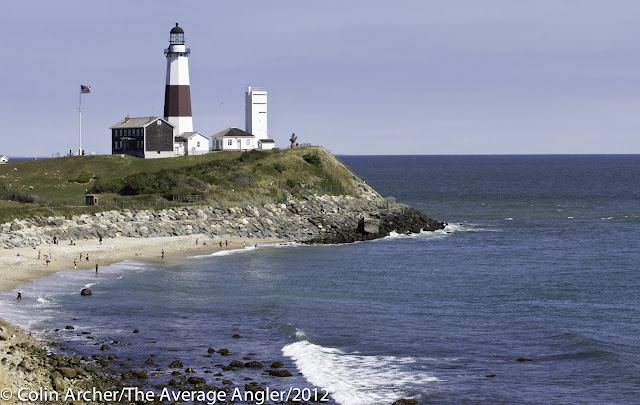 We got up there Friday late afternoon and dropped the boat and fished the evening and on Saturday put in around 1 and fished till 6. Had a blast chasing albies as they pushed through balls of bay anchovies. The fish were up and down quick so if you were in range it was a cast or two and they were gone. It was snotty Saturday morning so Jason gave me a tour of Montauk including a stop at Camp Hero, located at Camp Hero State Park which includes the famed Montauk Lighthouse. I was able to make some images of surfcasters on the rocks below and watched several take a beating as they walked, floated, and swam their way out to the best rock they could find. 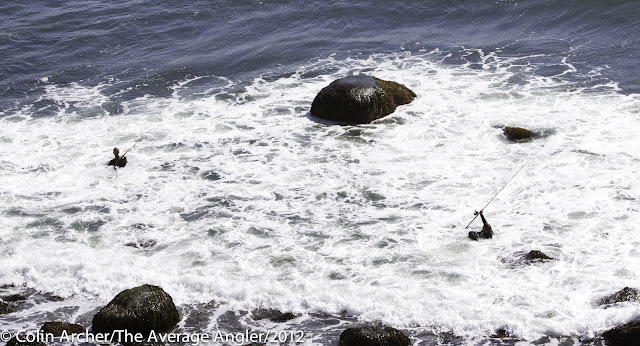 At night the eats and drink were great at some restaurants in Amagansett where we stayed for the two nights. Things weren't in full swing just yet as the bass were starting to show up and show only for a bit maybe each day. The ones that were caught by other boats were dredged up on plastics, although I don't know what the surf guys were doing at night. And, of course, boats drifting eels at night I am sure are finding good bass.
It was to see so many fly fishing "reminders" while at Montauk. There were several Jones Brothers boats at the dock and on the water, and it seems more than 3 quarters of the anglers out were throwing flies for the albies. Below is Jason's buddy and fellow Captain Paul with two anglers that hooked up on several albies while on Montauk's South Side yesterday. 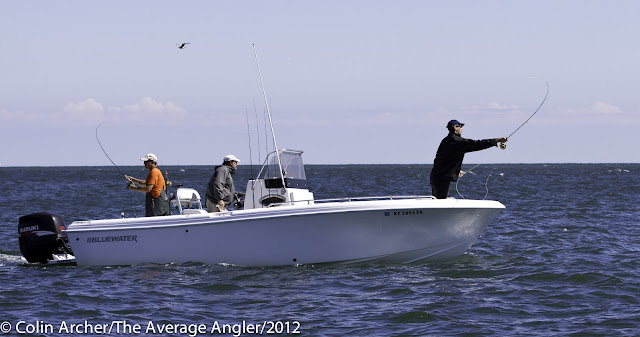 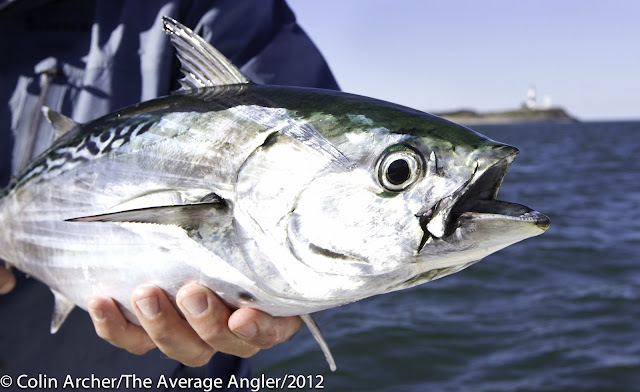 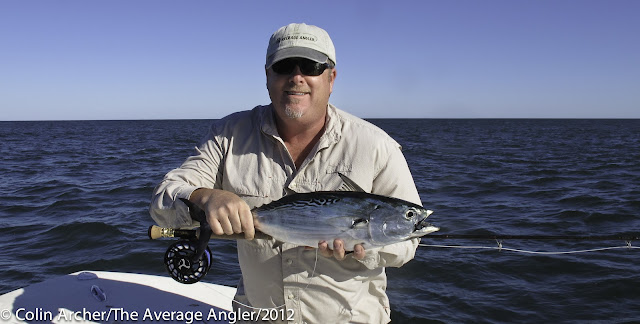 It was a great but quick trip and I had a lot of fun with Jason. We did have a few moments that stick out and some really make me laugh as I sit and pen this, unfortunately I can't repeat them.  I love the below picks as this albie desperately made a run for it to get back in the water. Also, on Friday we towed his buddy back as it turned dark from the North Side near the lighthouse. But yesterdays return in was the most memorable.
We were on the South Side with a N-NW wind on the incoming tide. We had albies up here and there and ran around almost alone as the sun went down. It was about 6 o'clock and Jason and another Capt in a 19'10 LT Jones Brothers decided to end the hunt for albies there and to hit the South Side to take a look before we went in. He told me things may get a little sporty and we might get a little wet as we crossed the rips as we went to the South Side. But, once we cleared them we would be in good shape. So it was just a classic wind against tide, over the rips, that we had to get through. It was rough, and several times we looked back at  his buddies 19'10 Jones and admired the status of his bottom paint. Then we cleared Shaqwong....and it got really interesting. Tight 3-5 footers and then a stretch of washing machine waves kept us both "concerned" and saturated, well I was saturated as I didn't bring rain pants to wear.
Needless to say we didn't stop to take a look for albies and both Captains got back into the inlet safely. As we passed the West Lake Marina a small boat with five on board waved to us as they headed out for what appeared to be a nice sunset cruise. Jason yelled over to them to cancel as conditions outside the inlet was dangerous. They just smiled and cruised along on flat water and continued out....we just shrugged our shoulders and made our way for the dock.

Captain Jason Dapra of BlitzBound Charters runs his 23 foot Jones Brothers for fly fishing and light tackle trips at the Jersey Shore in the spring and off Montauk in the fall. There may be one or two days open this fall, but if interested you should drop him an email to get a day for next year in his book.
Email address captjason@blitzboundcharters.com. He's a great guy, great fisherman, and after two days of being in the boat with him and yesterdays return trip in, a great Captain. 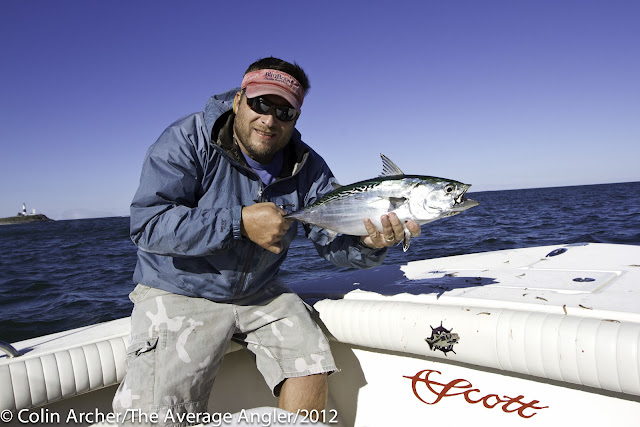 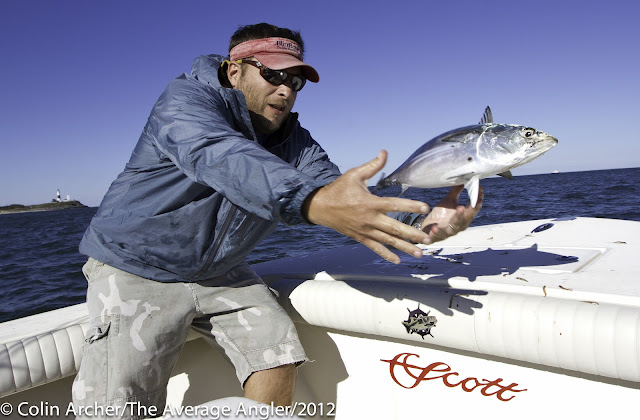 Posted by The Average Angler at 10:49 AM