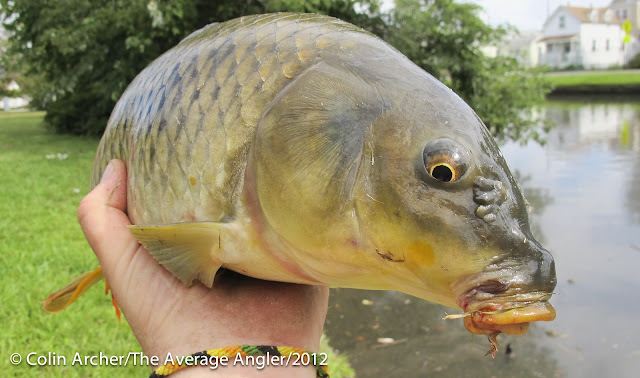 Things were slow out front this morning so in the late afternoon I took a ride over to give my local carp watering hole a shot. I know fly fishing for carp has become the rage. In both an effort for some to discover new elements in our sport and to protect our coldwater species now carp are not safe from a fly and hook. So, today I followed along. I had tried this location several times and hooked up a few fish but never landed any. Today was different.

I am calling this adventure- ASS WATER CARP ON THE FLY 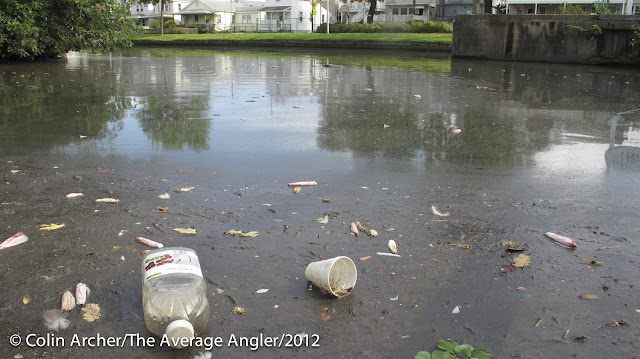 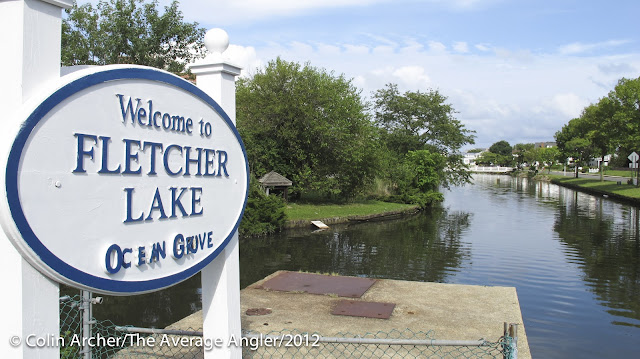 Fletcher Lake is in Ocean Grove and it borders Bradley Beach. It is a pretty lake on one end and on the other is a nasty swampy garbage filled oasis where large carp and snapper turtles wallow in the disgustingness. Today when I arrived I found several carp vacuuming away along the garbage and scum that had accumulated on the western end of the lake due to the E wind. Perfect!
I broke out my Orvis HYdros 7wt and tied on a small Wooly Bugger. I put my first cast right on top of the scum in between the three feasting carp and one of them circled around and it was fish on! It blew out and disrupted the whole end of the lake. After a good fight I had to lean down and put my hand in that nastiness and cradle the fish in order to get a quick pic and release. I have to say I was skeeved out putting my hand in that water. After the release my arm was full of s%@t and it stunk.
I worked my way around the lake sneaking up on the tailing carp....well their heads are down so I didn't really need to sneak up on them, and made lots of casts. Sometimes they were just swimming keeping pace with the slight current and those fish would blow out if they saw you first. My next fish was set up next to a floating hypodermic needle and again I cast it on top of the scum but let this sink and I knew it was hooked when it took off into cleaner and deeper water.

I try not to spot burn but I am sure there won't be too many of you running to fish this water after seeing some of the pictures. The last picture is the larger and cleaner end of the lake, but the carp aren't as easy to find, stalk, and conquer! 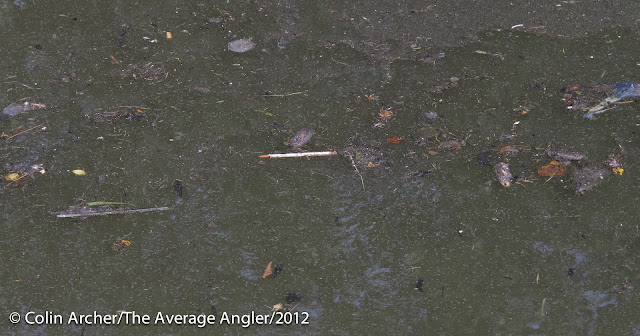 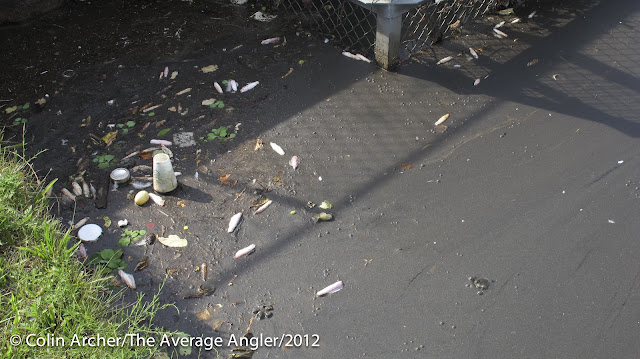 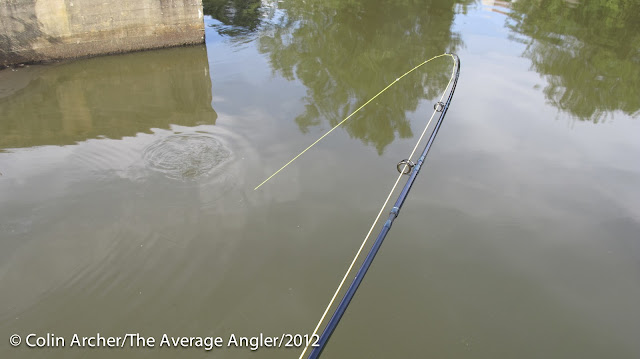 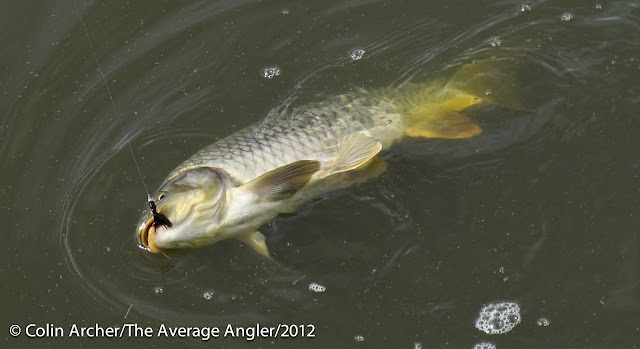 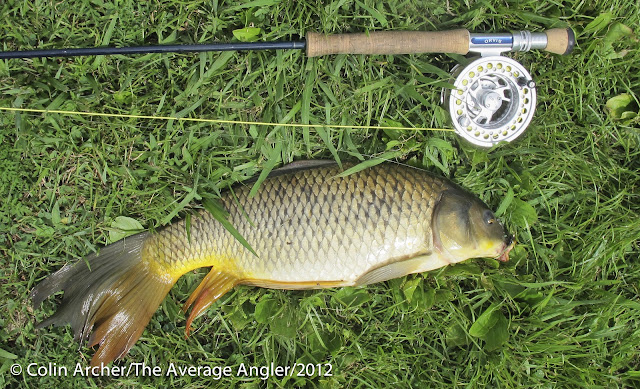 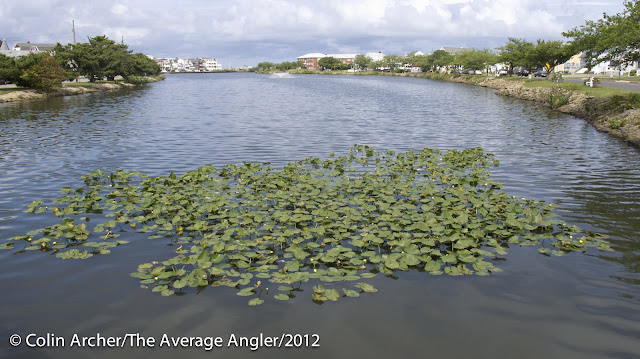 Posted by The Average Angler at 8:33 PM