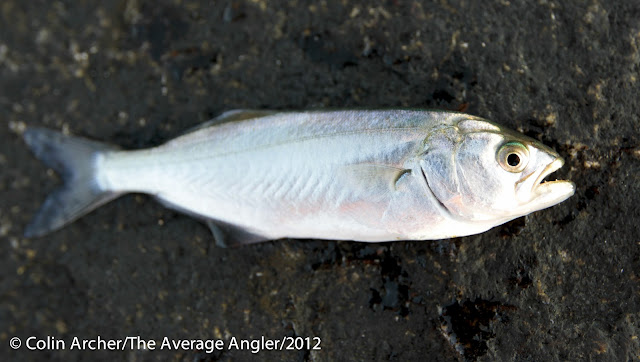 At first light the full moon and high tide had water everywhere and the fluke were hard to come by. It was a beautiful morning to be fishing but none were interested in my freshly tied Clousers. My buddy Rich was out with me and was using a small plug to catch the young of the year bluefish that were on the prowl around the groins. He was then live lining them for fluke.
There are two stocks of bluefish on the Eastern United States. A southern spring spawn stock and a northern late summer spawn stock keep the species healthy and around from April till October. The above snapper bluefish at 4 inches is from the southern stock and will grow about an inch a week.
Posted by The Average Angler at 9:35 AM