07.30.11 Oyster Creek incident kills hundreds of stripers and the clean up continues

While I was up north the Oyster Creek Nuclear Generating Station suffered a power outage knocking out the dilution pumps which caused excessively warm water to be discharged into the Oyster Creek, killing "hundreds" of striped bass. I first read about this this morning in Bob Vosseller's story in the Asbury Park Press. I jumped in my truck and headed south on the Garden State Parkway to Exit 74. When I got to the Oyster Creek there was a pickup and boat trailer from Normandeau Associates at the boat ramp on the west side of Route 9. Upriver, closer to the plant another crew was in a small boat scooping dead fish out of a bermed area in the creek. I looked for signs of dead fish and found several in the wooden pilings of bridge west of the Route 9 bridge. I drove over to Dock Avenue which parallels the creek and found the above team scooping fish out of the water and putting them in plastic bags.
The discharge side of the plant and subsequent Oyster Creek holds a large population of striped bass year round. The water remains warm in the winter and cool in the summer, except when there is a problem. I covered a story here myself in 2008 for the Asbury Park Press when thousands of bluefish were killed in a similiar incident. This recent incident happened Thursday around 8pm and dead fish are still collected, 40 hours later. 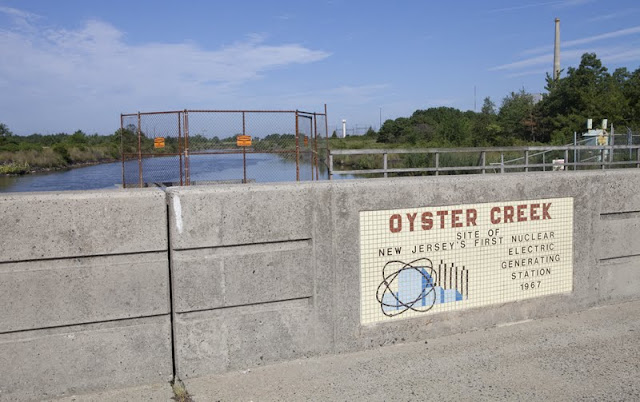 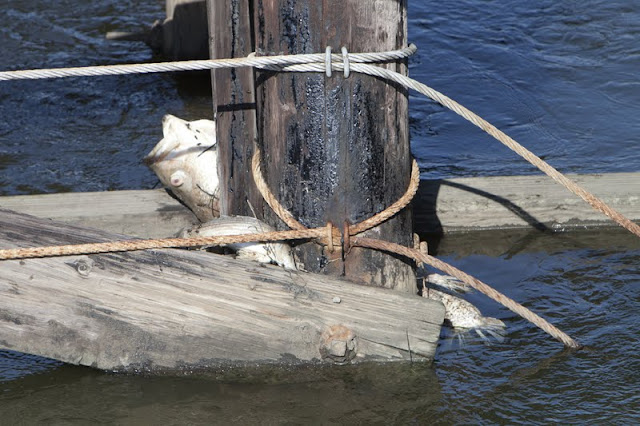 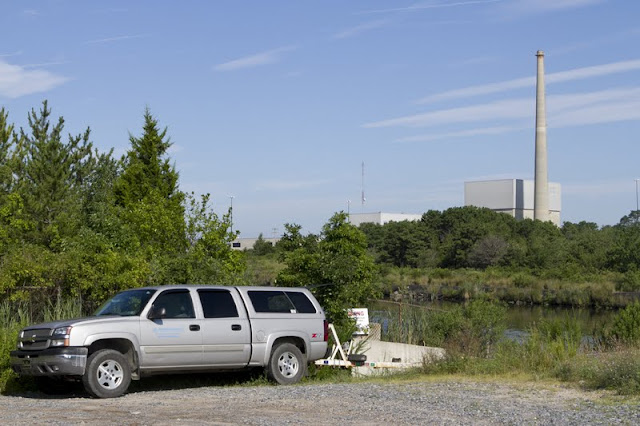 Posted by The Average Angler at 11:57 AM