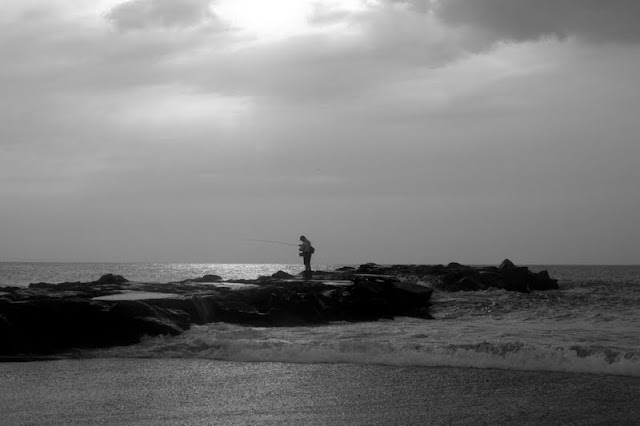 This morning I got out early and stopped for coffee before heading to Avon. There were several anglers out most in pursuit of fluke. I fished north of the Shark River Inlet jetty and caught a couple of short fluke on the incoming tide. I moved up and met a guy throwing a small plug who caught three stripers and lost three more. I have to say I doubted his claim at first, for no other reason than I wish it was me who got into some striped bass. But I met the above fly fisherman who sees the guy around all the time and said the guys just dailed in and gets fish often when other do not. I made the above image of Paul before we met, I was surprised when he asked, "Are you The Average Angler?". I thought was cool. Hope he likes his pic. 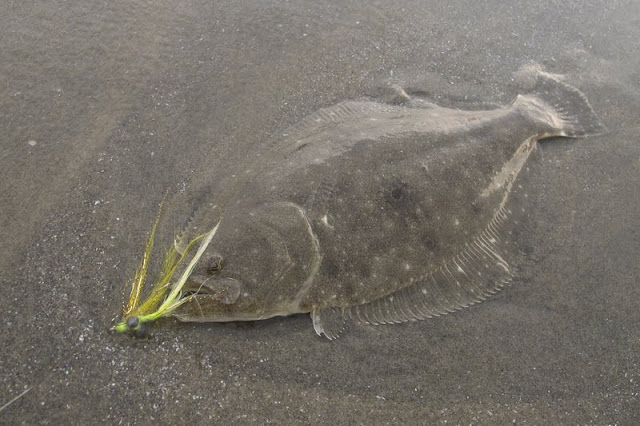 Fluke from the wash in Avon
Posted by The Average Angler at 4:20 PM