07.02.11 Nice morning in Deal..no luck with my one eyed fly..almost stranded on the rocks 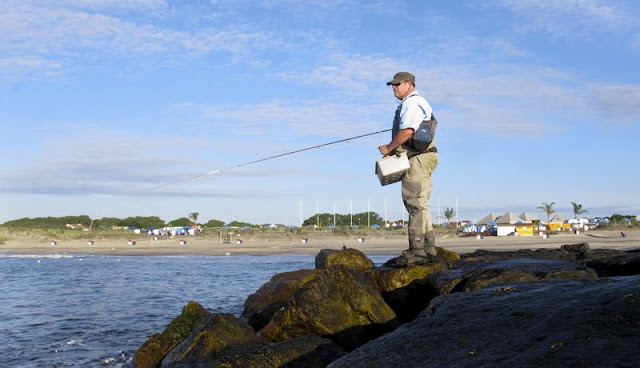 I had the second shift this morning on the end of Brighton in Deal. I got down there just before six and two guys were coming off and did nothing. My buddy Al fished the beach and did the same. Beautiful morning, lots of, well tons of bunker, but no fish. With temps on the outside here at 73 degrees, it's getting closer to the time when the stripers are moving out and up. I did have a pod of happy bunker 150-200 feet off the southern tip and kept my eye on them as stripped my one-eyed- fly around the rocks. It wasn't designed as a one-eye but became one after being battered on the rocks during a few bad casts. I watched as the bunker went from happy to nervous, and then saw a few bigger fish in the mix. A quick flash and spray, but I couldn't make out if they were stripers or blues. I stayed for a few hours, often inching my way out another couple of rocks to see if I could get my fly closer. At one point I turned and realized I had to keep a watch on the incoming tide or I might be out here for more time then I wanted too. Brighton has a dip about a quarter of the way out, and if the water is high or rough, it's dangerous to get back to shore. I watched as the pod settled down and made my way for the beach. Nice morning, no fish for me, or the boats, lots of boats, parked off the beaches, that I saw. 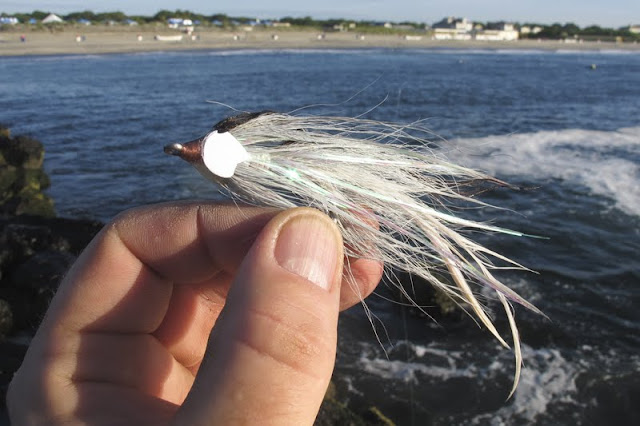 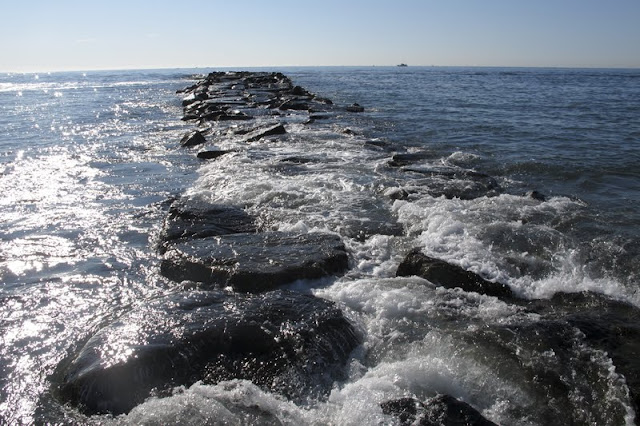 The low point at Brighton 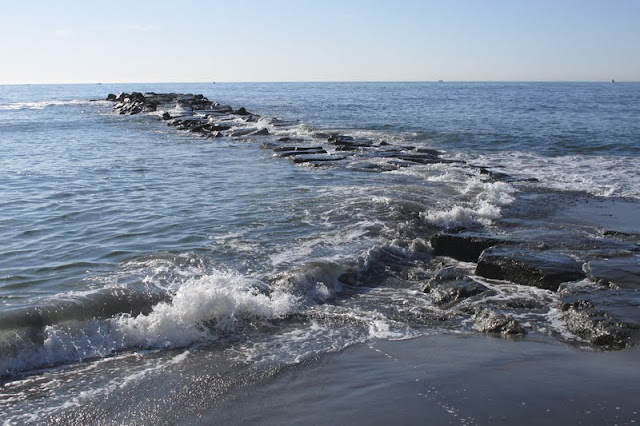 Brighton
Posted by The Average Angler at 9:56 AM