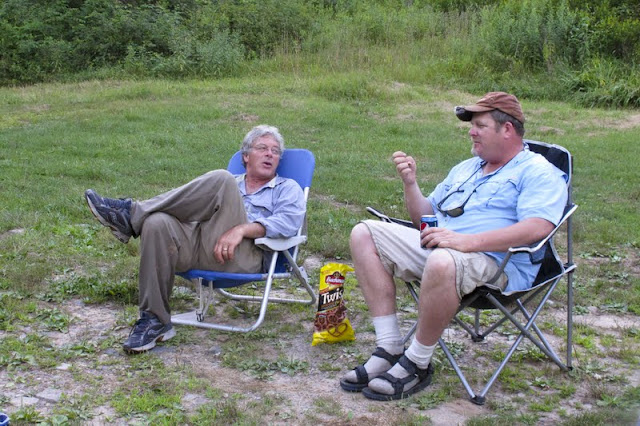 My friend Tom and I used to fish more together than we do now. Each year we would take a five day trip up to the West Branch Anglers where we would hope to catch the Hendrickson and Blue Quill hatch. However we haven't made that trip for the last three years. He always gave me a hard time in going, and then we would have a great time while there.
Tom retired last week from the Post Office after 41 years as a carrier. I told him I wanted to take him fishing. I suggested a float trip on the lower West Branch and upper Main Stem of the Delaware. He hemmed and hawed and said he just wanted to fish in New Jersey. Trout fishing in New Jersey in July. Mmmm. It wasn't the trip I had in mind but it would be a day away with my friend. We started out in Nutley around noon and hit Route 80 and 15. We stopped and looked at the Paulinskill River in Lafayette and fished a small pond there. I was using my daughters 6 foot two weight sight casting to sunnies and small bass. It was fun to watch the fish follow the fly and explode on it right before my eyes, well bite it. It wasn't bonefishing on the flats in the Bahamas, but it was fun. 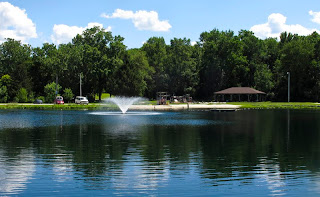 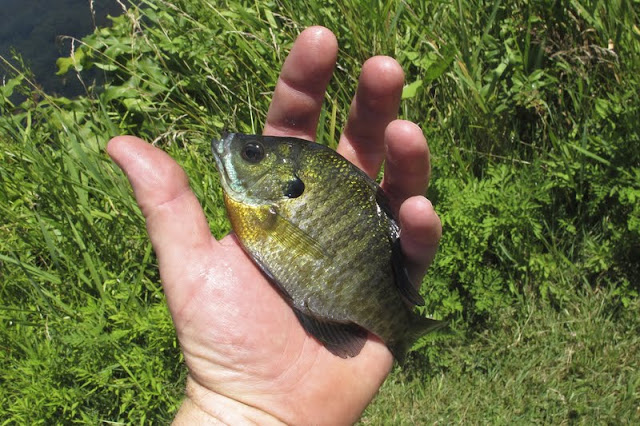 Later in the afternoon we made our way to the Big Flat Brook. We drove above Route 206 and checked out crystal clear skinny water there before heading downstream to check out crystal clear water there. Out final stop for the evening was near the USGS gauging station near Old Mine Road. We found a dozen or so fish taking nymhs and an occasion emerger. We saw a few white flies come off but that was it. I caught two fish and they released easily on hooks without barbs. Tom didn't catch or see anything where he fished. On the way home I asked him in a Delaware trip in the fall would be in order and he said, "Definitely!' 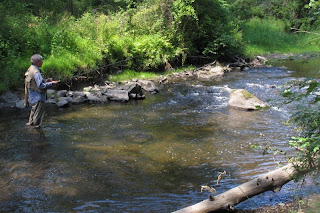 Tom on the Paulinskill
Posted by The Average Angler at 9:03 AM