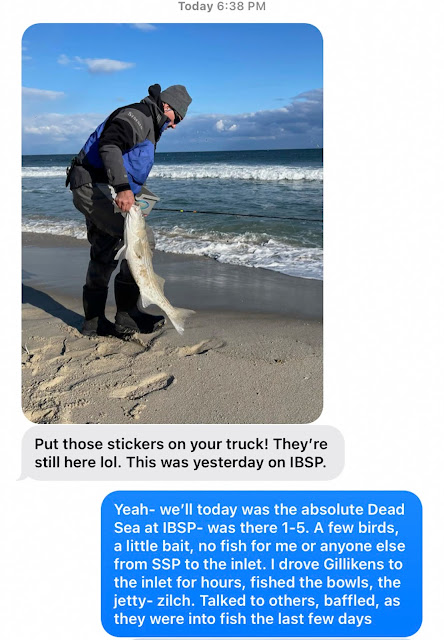 So at 638 tonight I got this text from my friend Joe, Joe who ran the Martha's Vineyard trips for the years that I was lucky enough to go. He shared the good news, IBSP is going good. He got his personal best striped bass on the fly rod yesterday, when the going was good, capping off say three days of solid fishing. Congrats to you Joe, a well deserved fish. 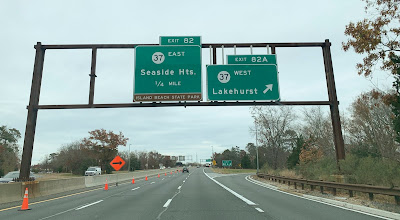 Well I unquit #1 and decided to dig out that ISBP buggy pass I purchased last December and give it a go. Had to finish up some work so I got into the park at 1230 pm, prime time. West wind, top of the tide, lots of fish in the area, I was just concerned about the vehicle traffic on the beach and the hordes of anglers at each bowl.....yeah, someone forgot to tip me off that it wasn't going to be a good day. 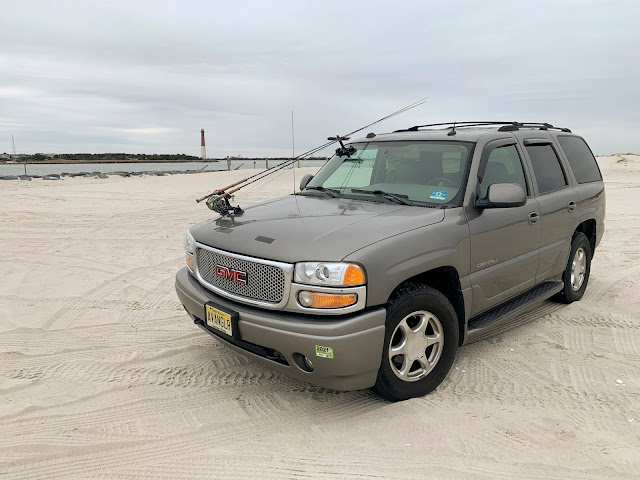 It's been awhile that I rode the sand and spent some time double checking my safety gear and the all important tire pressure gauge. After airing down I drove to A23 and started the hunt. I was surprised there was so few guys driving, and even less fishing. That was the start of a long and disappointing day. 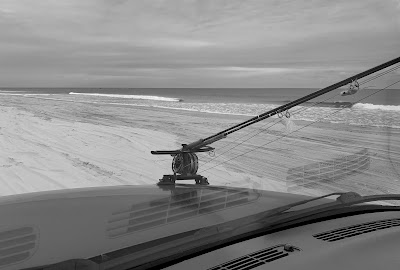 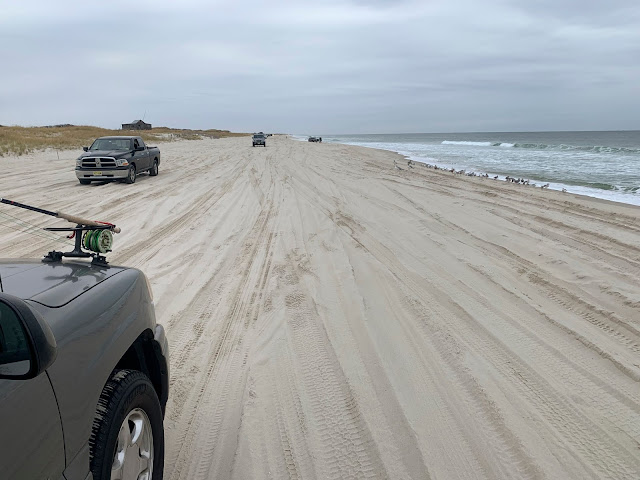 With The Dead on Sirius I drove from Gillikens to the south jetty a trio of times. Some birds bunched up off the beach from time to time with nothing under them and nothing going on off the jetty. I was surprised at that, just sexy water, with bait there, but no signs of predator fish. Didn't see a spray, a dimple, a splash, other then when the birds would take off or dip for the smaller white bait up top. 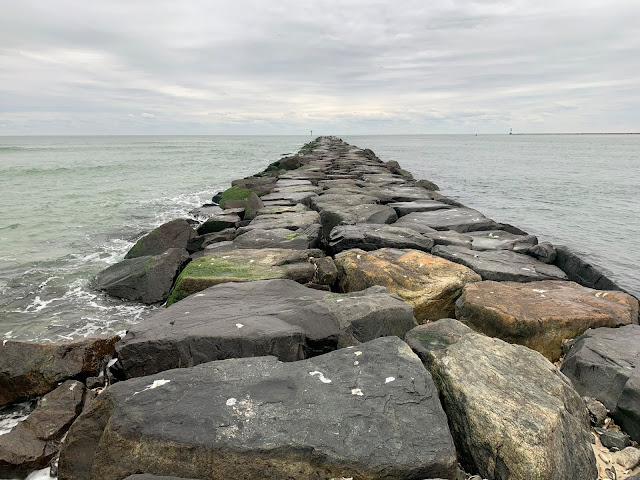 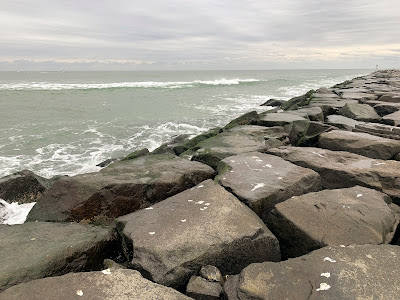 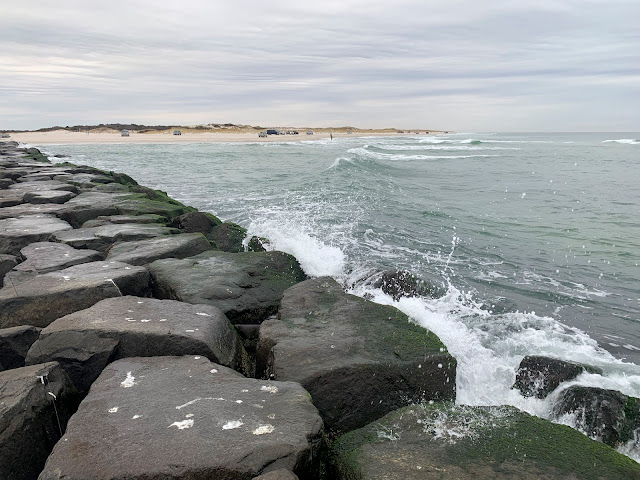 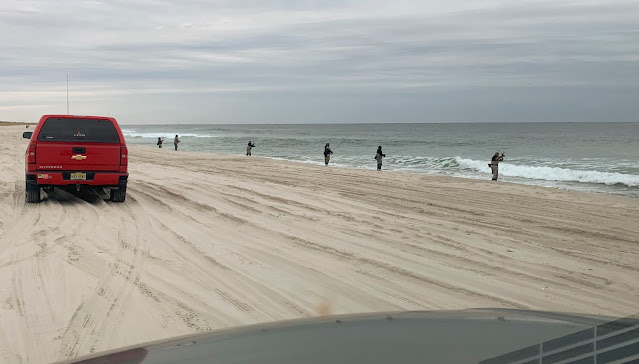 At one point on my way north a gaggle of guys was tight and fishing, and I just pulled out of the ruts and watched, again, no signs of life, and no fish to be had. I heard there was a solid Long Beach Island bite at first light, and maybe a few caught in Lavalette, but IBSP was dead, at least while I was there from 1230-5. 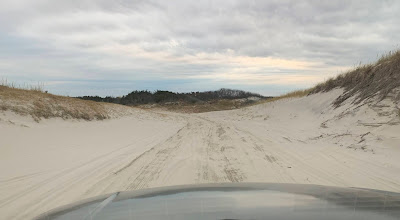 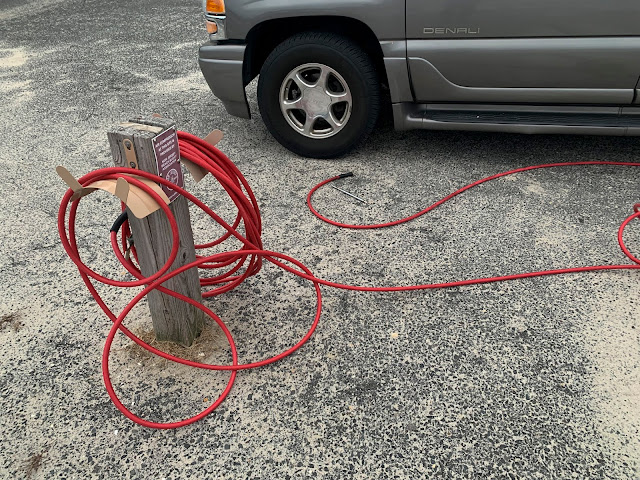 I took out at Gilliken's and aired up and decided to check out SSP and thee was a few guys fishing, but more leaving the beach or just holding on to every last minute to see if it would happen. Funny how this shit goes, days of a good bite, that surely would come to an end, but you would think there would be a reason, tide, timing, wind, something, but I guess the bait pulled out of town and the fish followed. 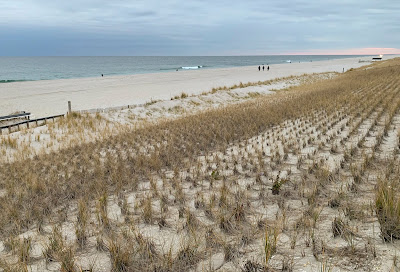 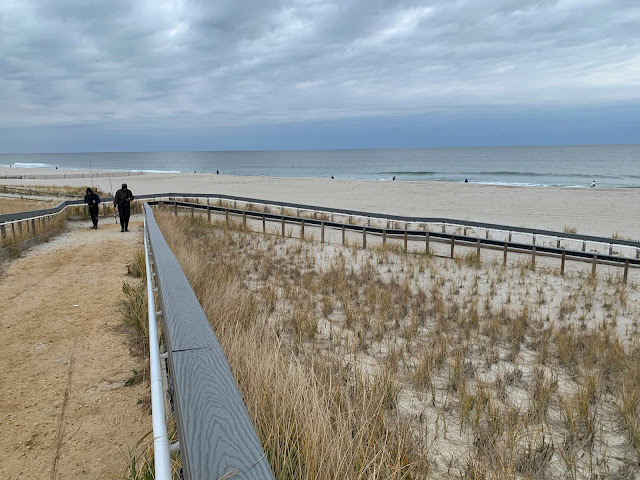 Checking the boat reports up and down today and they are definitely still on them, "limiting out", on what appears to be Bonus Tag fish with an occasional slot mixed in. They are reporting fish on top, boiling, which to me, seems like they are on smaller bait, or maybe sand eels, but that wasn't reported.

I hope to repeat this trip again before my year is up, its different, if you haven't done it before. Riding along the scarp looking for signs of life, and covering miles, not feet of beach while all toasty warm, drinking coffee and listening to some tunes. Good times.

Posted by The Average Angler at 8:11 PM