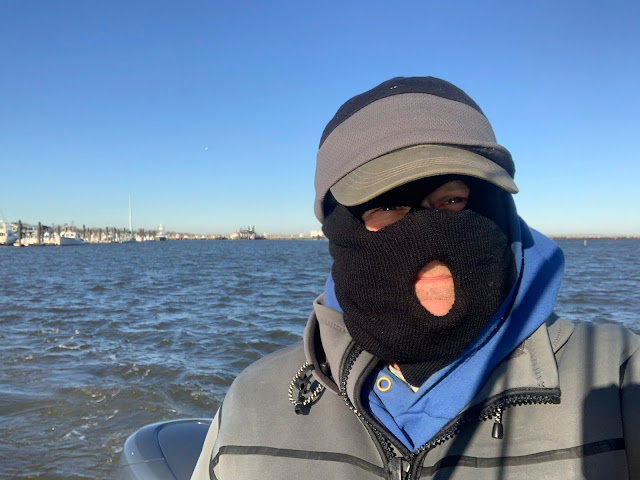 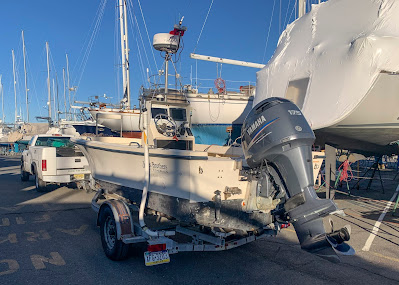 So much for high expectations. I was watching the wind along the Turnpike, Parkway and 36 on my way to Atlantic Highlands. It seemed like there was none. Got down, went to fire her up, wouldn't start, again. I don't know if its the batteries, or the cold, or a combination of the two. But after grabbing some juice and giving her a charge she fired up and I was in the water running. It seemed the wind come out of nowhere when I launched about 45 minutes before high tide. My plan was to run west and find the mother lode of bass blowing up on peanuts.....nice dreams.
There was only a handful of boats out, three party boats and maybe five small ones. We got sucked into the birds in the middle of the Reach but I didnt see any fish and the marks on the screen were spotty at best. I had a plan, go west, tuck in under Staten Island from the NW wind that was gusty, cold, and had the bay rocking' and rollin' and a tad off color. I did my thing and hugged SI all the way to the Verrazano. Gannets diving, birds everywhere without a purpose but on the lookout. I from the lighthouse base, to West Bank to Romer and didnt see it. It was the start of the outgoing when I decided it would be a bear to fly fish and then land a fish solo in the slop. There had to be calmer seas out front along the beach, and since I wasn't finding anything inside maybe, just maybe, the bait poured out and the bass followed.
I passed the sticks and was approaching the dredge when the alarm sounded and the engine lost power. You can get a feel of what is was like in the short video above. It took and hour and 10 minutes to limp around the Bug Light and across the Bay and back to the marina. I dreaded calling for a tow, and was unsure if my membership hadn't run out since I purchased it last year about this time when I got Jim's boat. 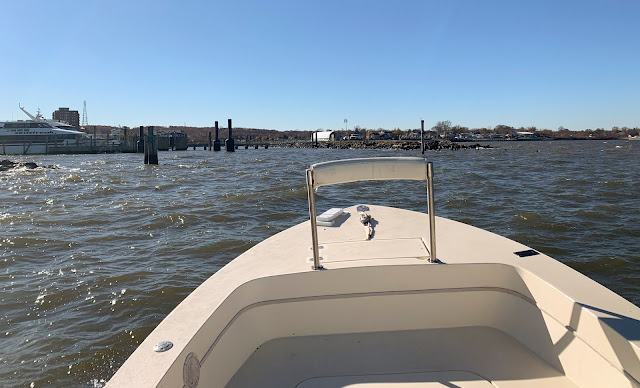 I was never to glad to approach the marina and got her up on the trailer and out of the water around 1230. I really wished I had got out front for the good part of the outgoing. As I traveled over the Highlands Bridge I looked to the north and saw all my boat buddies from this morning hugging the beaches of the Hook. I wonder if they got them, I'm feeling they did. 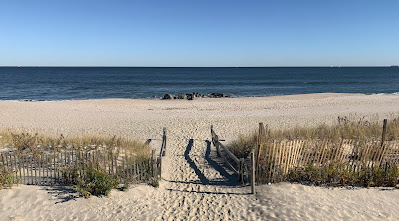 Before giving her a bath in Long Branch I stopped in Sea Bright to see if anything was happening on the beach. There's bait around, and some fish are chasing them into the beach. Heard today a town or two that had good blitzes of fish on the beach, mostly south of the inlets, which means the bait is on the move pretty good. 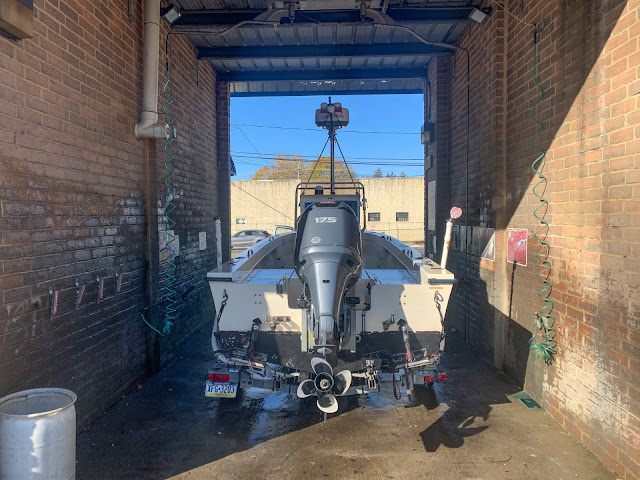 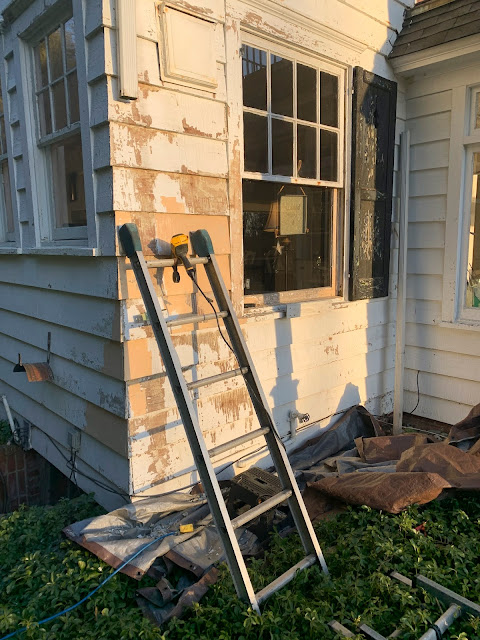 The NW wind died off or wasn't bad in Mercer County and I took the opportunity to continue with my honey-do-list which includes painting the house. Nothing like the smell of burning lead paint from the heat gun, but its the only was to get down or close to the wood siding. Wondering what the Delaware was doing I took a look at the USGS station and found water temps around 43 and I took a shot at the flip of the hight tide just before sunset. Surely one of those holdovers wanted to fatten up before the long winter. I hooked and lost a nice sized smallmouth, it showed itself when it flipped off. I might give it another shot tomorrow, to may just wait until March 1st when the season opens up for 2022. 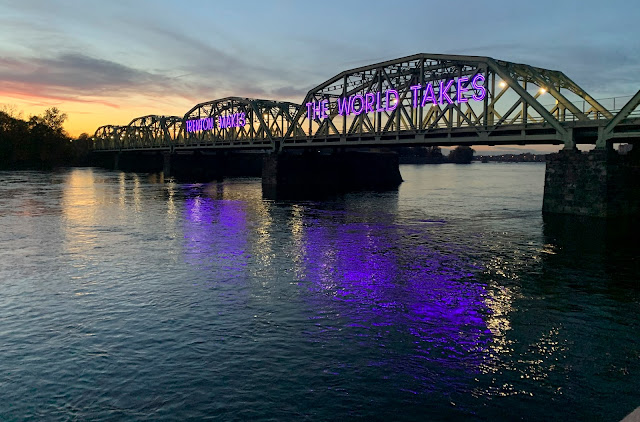