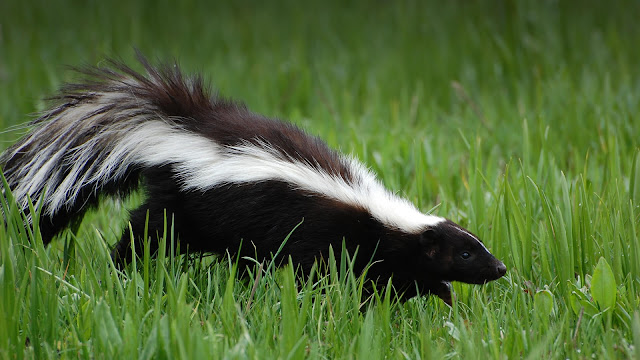 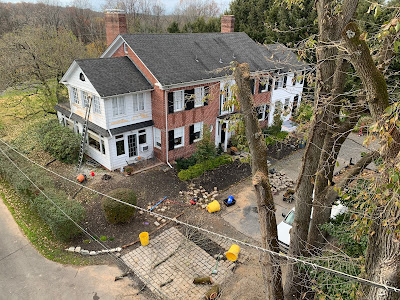 Believe it or not catching the skunk last night felt pretty good. Its not what I needed after a hard days work up in the manliest, followed by a few hours seeing patients, and going to see Charlie, "Bunky" in the hospital. I had too pass my home and bed to hit 195 and 34 south to try for a repeat performance of two nights ago. 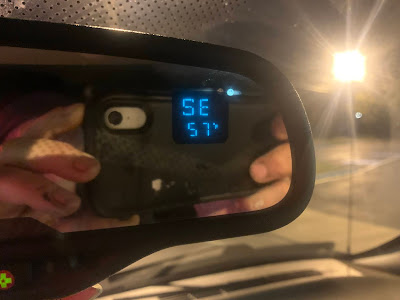 Same time, same time, same spot......nada. You can say what you want but I think I caught "that night" when "most" of the bait emptied out. I mean two nights ago there was bait on the move steady as far as you could see for the quarter of the end of the tide while I was there. That night it was west with air temps 34 degrees, last night southwest air temps over 50. The only bait I did see were some pods of spearing hugging the north side on their way out, with only an occasional small splash into them.
Last night I shared the area with a sharpie who I have sen down there several times and he fished the hours I was there not getting a tap. I stayed past him long into dead low and then slack. It didn't matter, find the bait and you will find the fish, at times, but this place was dead. No drive of shame though because going only made two nights ago that more special. If you don't go then you'll never know. 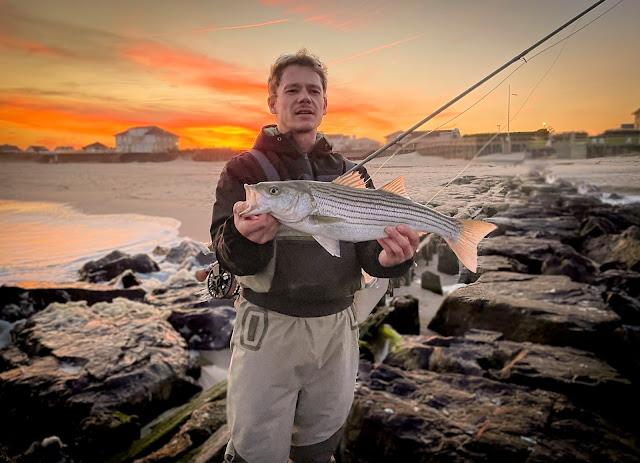 We're starting to see small baits their way into and down the surf. I don't think they are sand eels but a combo of rain fish, silversides and peanut bunker. If you are the right at the right time you will run into the intersection of bait/predator and have some fun with schoolie to keeper sized bass. Lief (Lief's son) found some yesterday on the incoming tide.

Ok, now what. Raritan Bay continues to produce and yesterday my buddy Capt. Paul Eidman told me while out 'I think there were fish from South Amboy to the Hook". These are smaller fish then we have seen as of late, not small like too small, but 25 to 35 inch fish, with maybe a jumbo or two mixed in. Remember, as the run goes, the big ones come, and then the size gets smaller as the its get colder and the fish that are going to balmy waters leave and the smaller ones that will winter over will stay and remain on the bait that is around.

What's cool to hear is that the fish that last week were down, since have now been up and perfect fly rod fish. Its that lovely time when either the birds can direct you into fish or you can just see the nervous water and the splashes as the bass pursue and eat.

I hope to get out in the boat before Thanksgiving. Today is the last day of the man lift rental so the next project is finishing laying the cobblestone block driveway, but that will wait a bit if the weather window looks decent. I hope to catch the Raritan Bay/NY Bight bite while the fish are still around and up in the water column.
Posted by The Average Angler at 7:19 AM