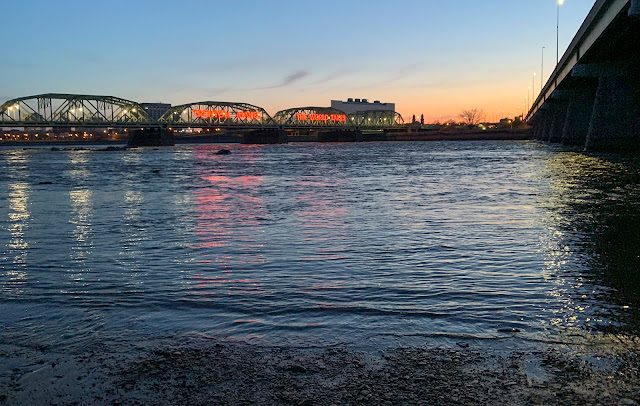 The more anglers I talk to, while practicing social distancing, tell me that night and bigger tides reduce the best fishing. Got down about 530 am with about an hour before dead low. I like dead low because I can usually walk out a ways and fish the deeper channels. Not that I catch doing that but psychologically it feels better.

After the rains of earlier this week theres more water and stronger current so wading way out was out today. I picked some seams and what looked like good water between the bridges, and, believe it or not.....I didn't get a tap. As Einstein said "Insanity is doing the same thing over and over and expecting a different result".

So I moved down to the "jetty" and had it to myself. I fished from dead low to about an hour on the incoming without a tap. More cormorants around so I'm thinking the bluebacks are here. I looked around the woods or on the banks where I usually find one that didn't catch the ebb tide right but there were none. Today it was 28 degrees when I got in my truck, water was off a bit, and the temp I think was around 50 degrees. Looks like more rain and maybe some flakes this weekend so I don't know if I'll go. Hopefully I'll get to the beach before work starts again Monday. 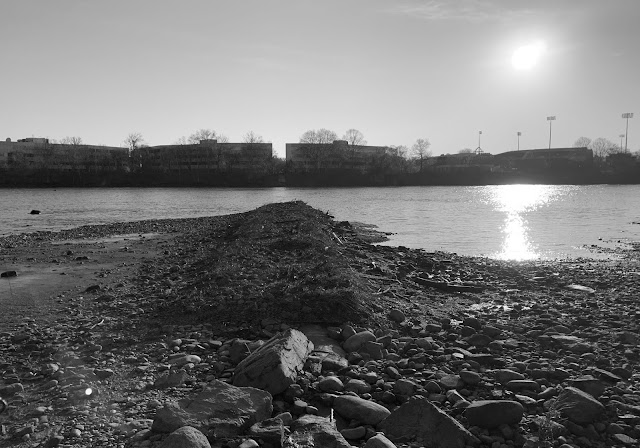 As far as work things are a little different now. I'm splitting my week three days at a covid field hospital and the balance of the week in the office doing telepsych or seeing people there. We aren't out of the woods yet. People I'm seeing that are infected and sick were walking around two weeks ago. I know most people are done with being trapped at home and out of work, but the science is saying if you're not around other people you cant get the virus. Its the best preventive medicine we have now. Yesterday the virus took the second person I knew personally. Dr Edward Vidal was the father of one of my childhood friends I went to St Rose in Freehold with. He worked at then Freehold Hospital. Took care of my family, and thousands of others. Great guy. Sad to learn this news.

I don't know when this will end, fearing it won't be for awhile. The change in seasons won't do it. The warm weather might slow it down. You can watch all the TV you wish, but its the hard numbers coming from the hospitals and daily patient and body counts that are the true indicators. I feel for all those affected, especially the elderly in nursing homes, they are taking abetting there, along with the staff trying to care for them. Reminds me of St Rita's Nursing Home during Hurricane Katrina. Sad. 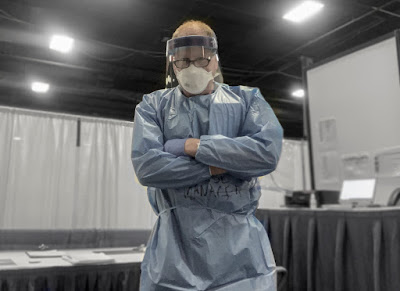 Posted by The Average Angler at 4:16 PM