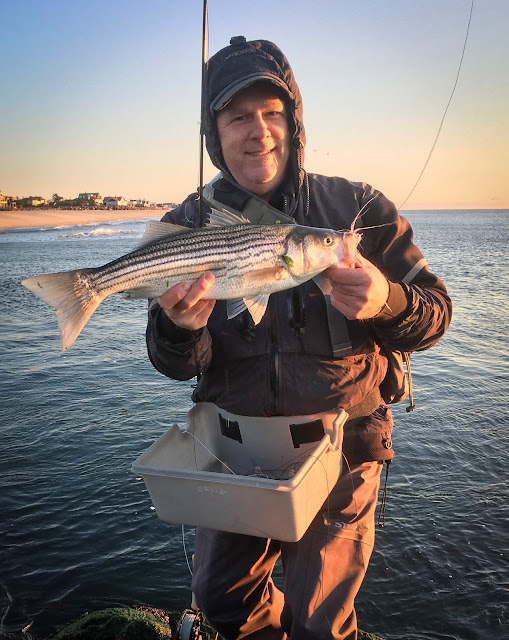 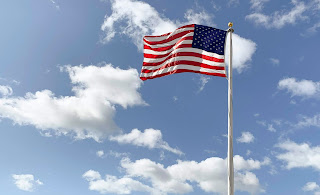 Had the opportunity to get out and take a break from life for awhile. Got down to the water at 630am and had the incoming tide with a wicked WSW wind that got worse as the hours went on. It was nice to get back out on the rocks although it took me a while to find my jetty legs again. 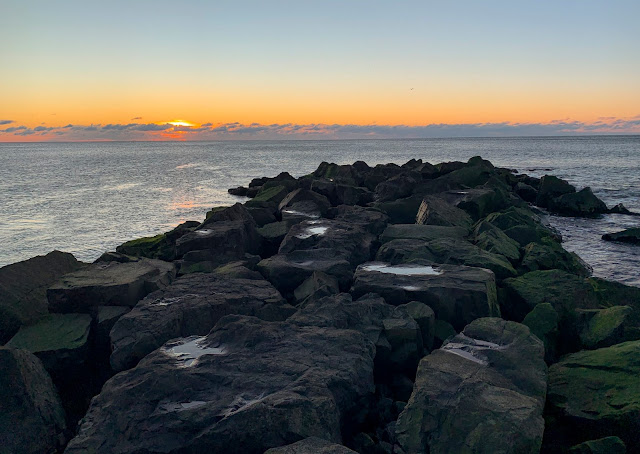 It didn't take long for me to hook up using a herring fly and it felt good to go tight and hold a striped bass in my hands, especially since I've been hitting the Delaware so hard and it hasn't paid off yet as far as catching. I didn't move off the rocks and when I wasn't trying to strong arm my fly with the quartering wind on the south sided I was enjoying the wind at my back on the north side. Leif spent half the time on the rocks and on the sand. Of course often when I would look over he was either hooked up or in the process of releasing a fish. 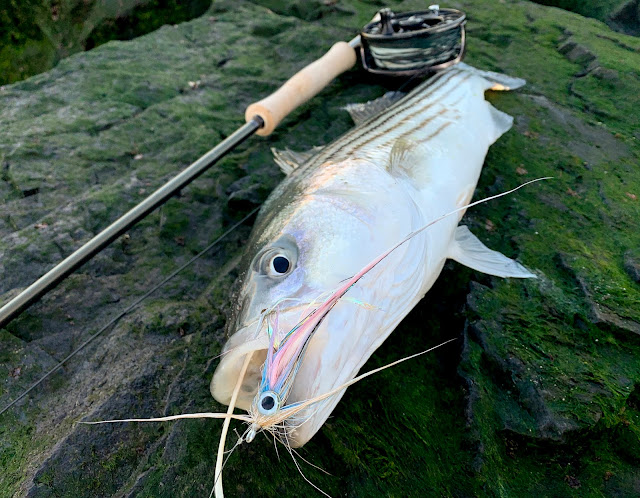 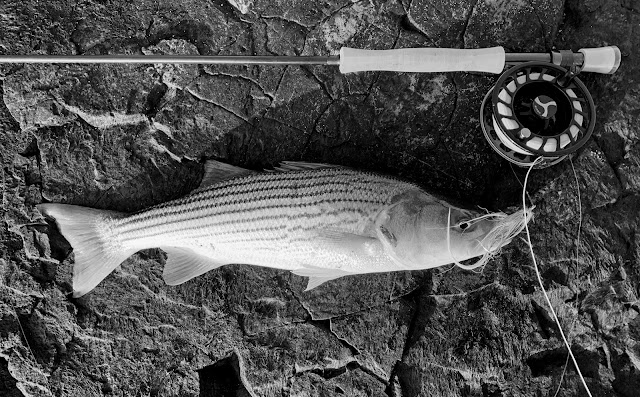 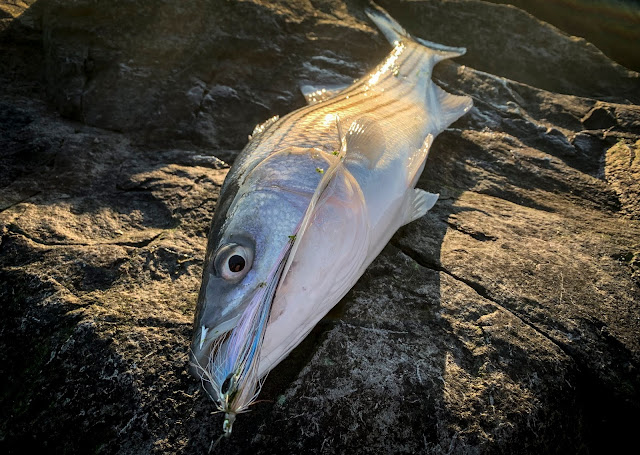 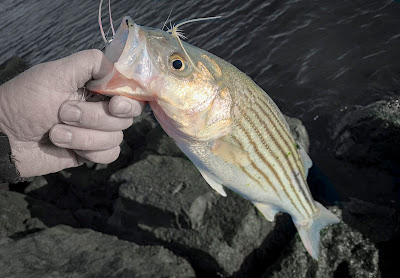 In the end I managed to land five and two of them were fishing from "Ryan's Rock". With work times two now getting going getting down to the beach will be hard. I know its early, and I was lucky to find a few out front on April 10th, but that drive down 195 and back is hard, especially with the Delaware only across the street from my house, or 10 minutes down the road to Trenton.

In keeping with tradition Leif caught the below fish using the "UAF". I think the next time the ASFMC comes up with new regulations to try and save the striped bass, I am going to suggest the "Ugly Ass Fly" be banned until the stocks are rebuilt....lol. I think they fall for the "UAF" here on the beach, get released, and then fall for a chartreuse Mojo trolled around in deeper waters. 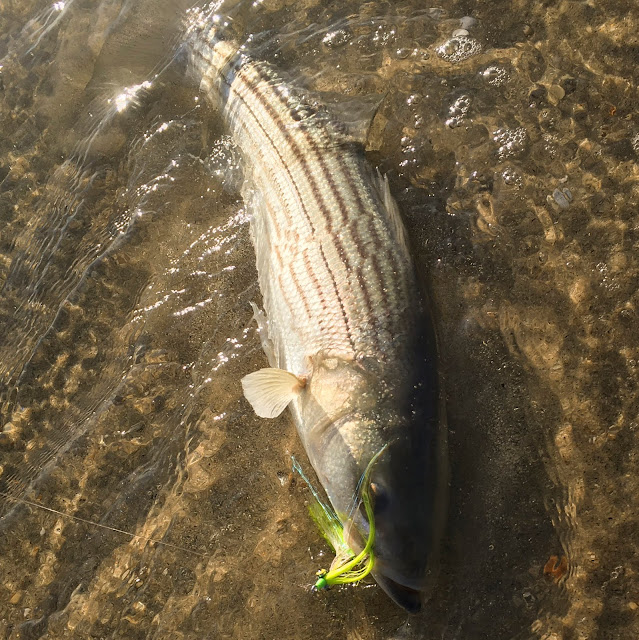 Posted by The Average Angler at 8:22 PM