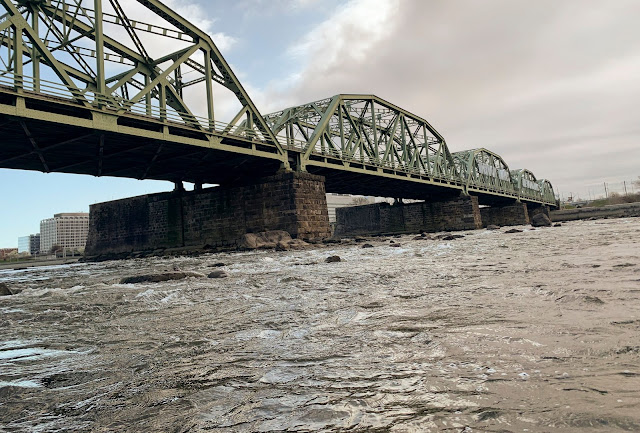 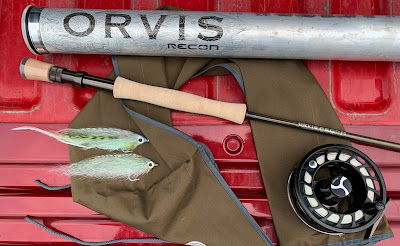 So I've been using an old beat up H2 9ft 10wt for the last year. About 6 months ago I paid to have it repaired but never sent it in. Its missing the ceramic ring in the stripping guide, not big deal, but it has now ate through my fly line. So I went looking through my ghetto basement and found a Recon in 10wt I never opened. Then I made my way to the river.

One thing I punch myself in the head for is, if you have friends like Popovics and Fahar and they pull their vices out....pay attention. Each time I tie with Stevie's materials I have to trim off more thanks on the hook. I remember him saying, when I was paying attention...."Less is more....." 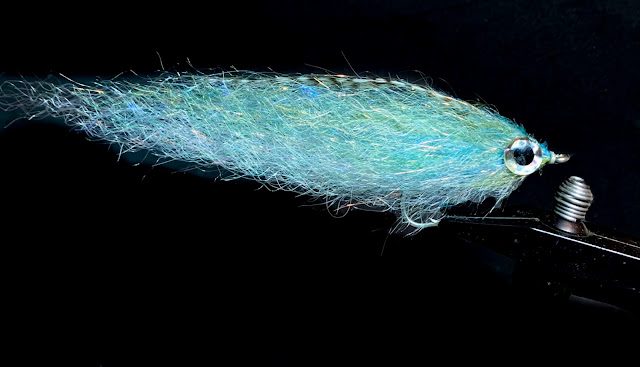 So I have gotten to like the outgoing tide. Able to walk and not be pinned on the back and you can walk out...far...into the Delaware. I fished like hell in the morning without a tap. Near the end of the ebb tide I was out, way out, and it was me and a boater on the other side of the deeper water that ran between the bridge abutments. By then my arm was done but I still fished hard. He was gracious enough to fish the other side of his boat.....and that when I saw the glory......

He went on to catch two fish, which he weighed, on what looked like an SP Minnow. One was over 30, and the other over 25.......POUNDS!!! I couldnt believe it, wouldn't have believed, still dent believe it. I just kept throwing my herring fly.....without a tap. 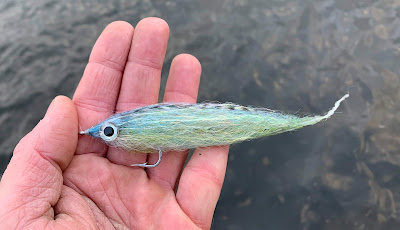 After seeing what this guy had to do to get that fish in, and he did a lengthy and very nice revive and release I decided to get out the guns. I looked all over for my 11wt H2...oh yeah I snapped that last year. So I went with an Orvis Clearwater 9ft 12 wt. Just in case. 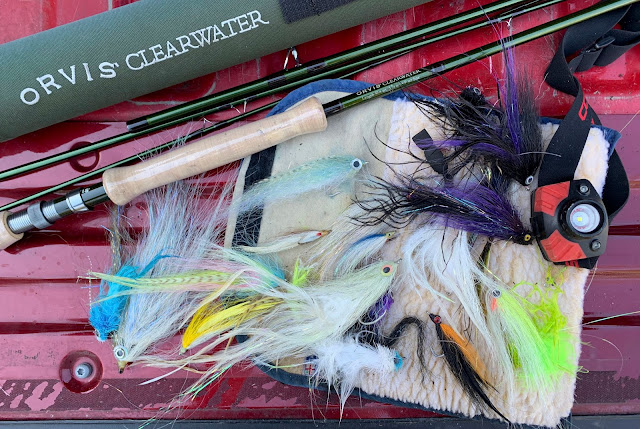 Same places, same fishing, same results......nothing. But I stayed way late, into the dark and inched my way out as the tide approached her dead. I was out again far, all alone, surely a dead man if I got caught and lost my footing. Next time I will were an inflatable life jacket. But I fished, HARD, I mean really hard, looking for that fish that I saw today, or maybe her friend. It was a great night. 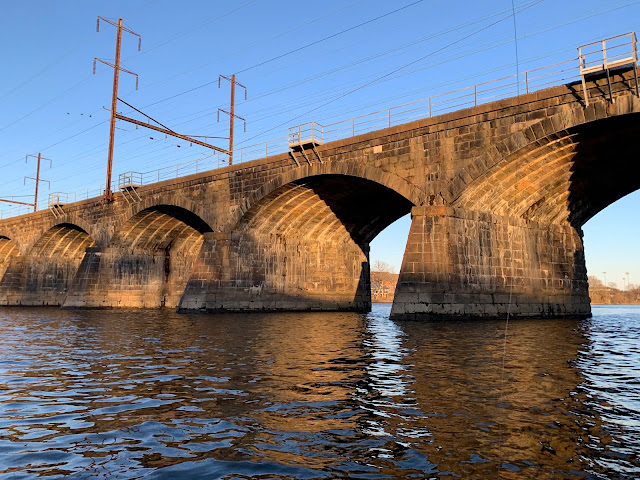 No wind, water temps up, fishy water......nothing yet again. Its getting frustrating, but I still enjoy the skunk like when I'm catching, but catching has to come soon. You see, when the herring arrive its hard to get them to eat artificals, especially with so much bait in the water, and on a fly....guys 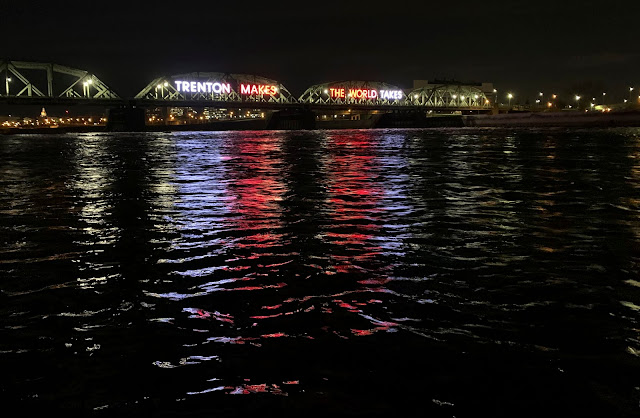 just look and me and laugh, yesterday was, 'This ain't Pulaski". And in moire bothersome news, look at ones haul two days ago from the Rarirtan Bay. With the one per day in effect that boat had 8 on it, not very good social distancing. And besides, the just more breeders out of the picture. 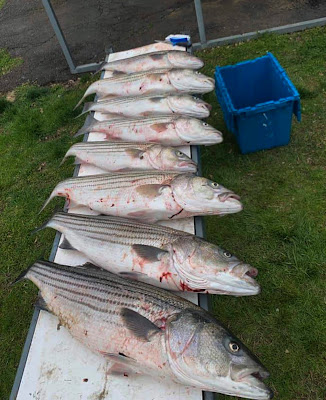 Posted by The Average Angler at 7:31 PM