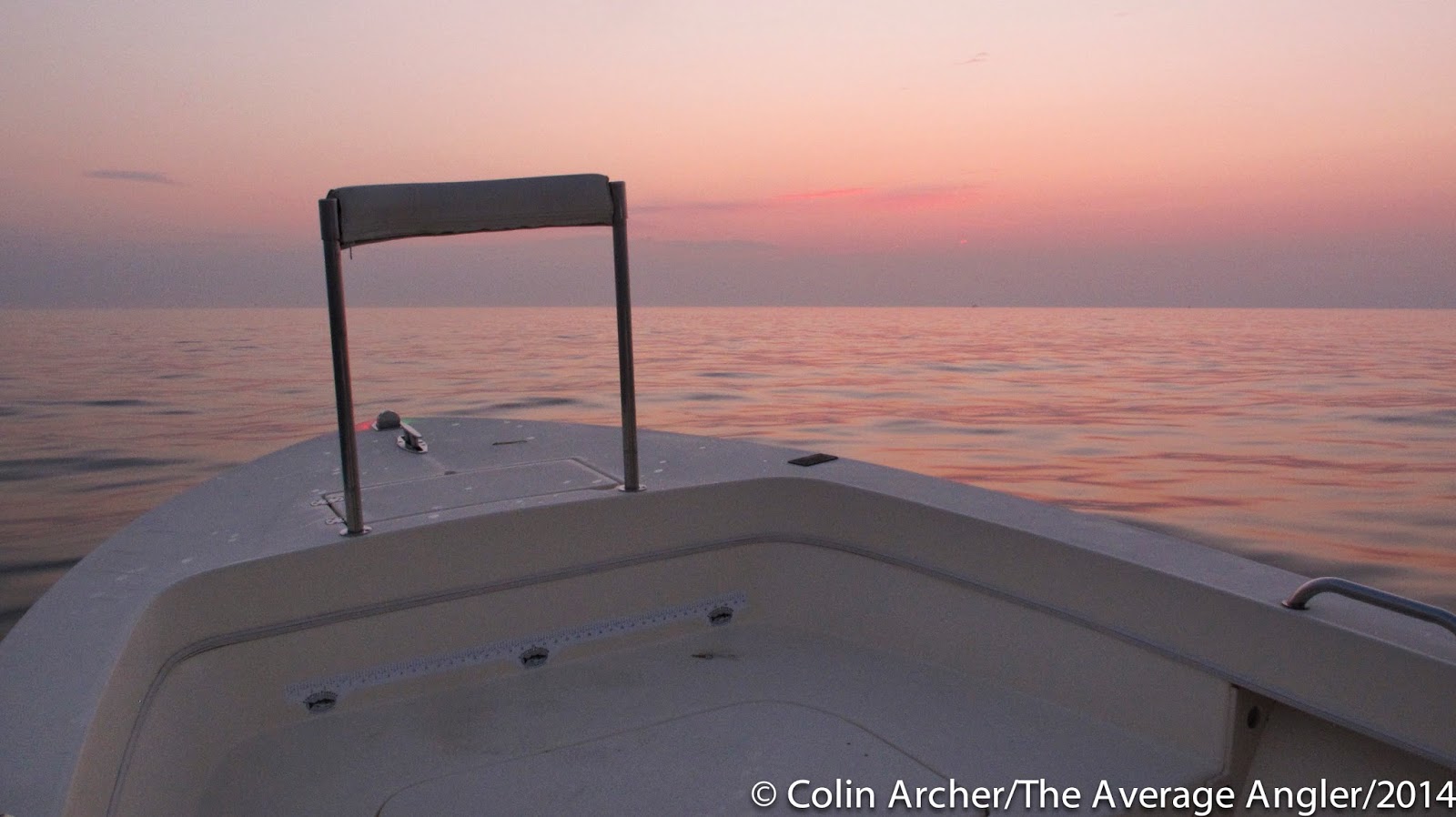 Headed south and put in at one of my favorite places. Was out on the water at 430 before anyone else and before light arrived. Caught the end of the outgoing and half of the incoming. Fished the chute with quick drifts along the rocks without a bump. Two other boats joined in after sunup and did the jump taking turns on the drift. We were all looking for stripers. Problem is you needed a lawnmower or better yet a weedwacker ahead of your fly because that outgoing just dumped a ton, well tons, of eel grass into the ocean. 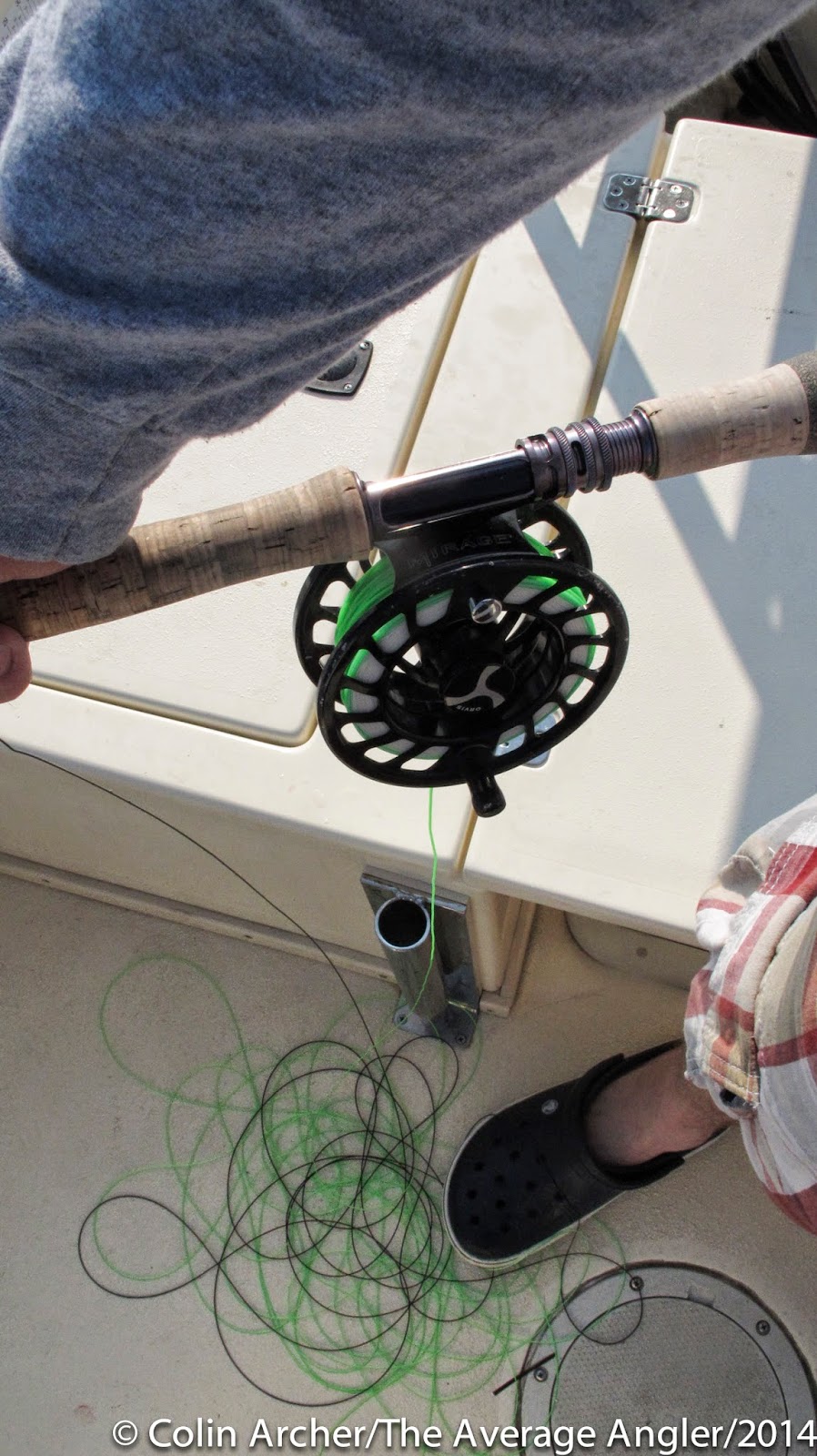 
I found a hump at 13 feet with 28 feet around it and the fish were on it like white on rice. Every drift produced a fish, on one I counted 13 in the boat. If I had a big tank I could have opened a tuna bait stand right there and sold to guys heading out for the pelagics. 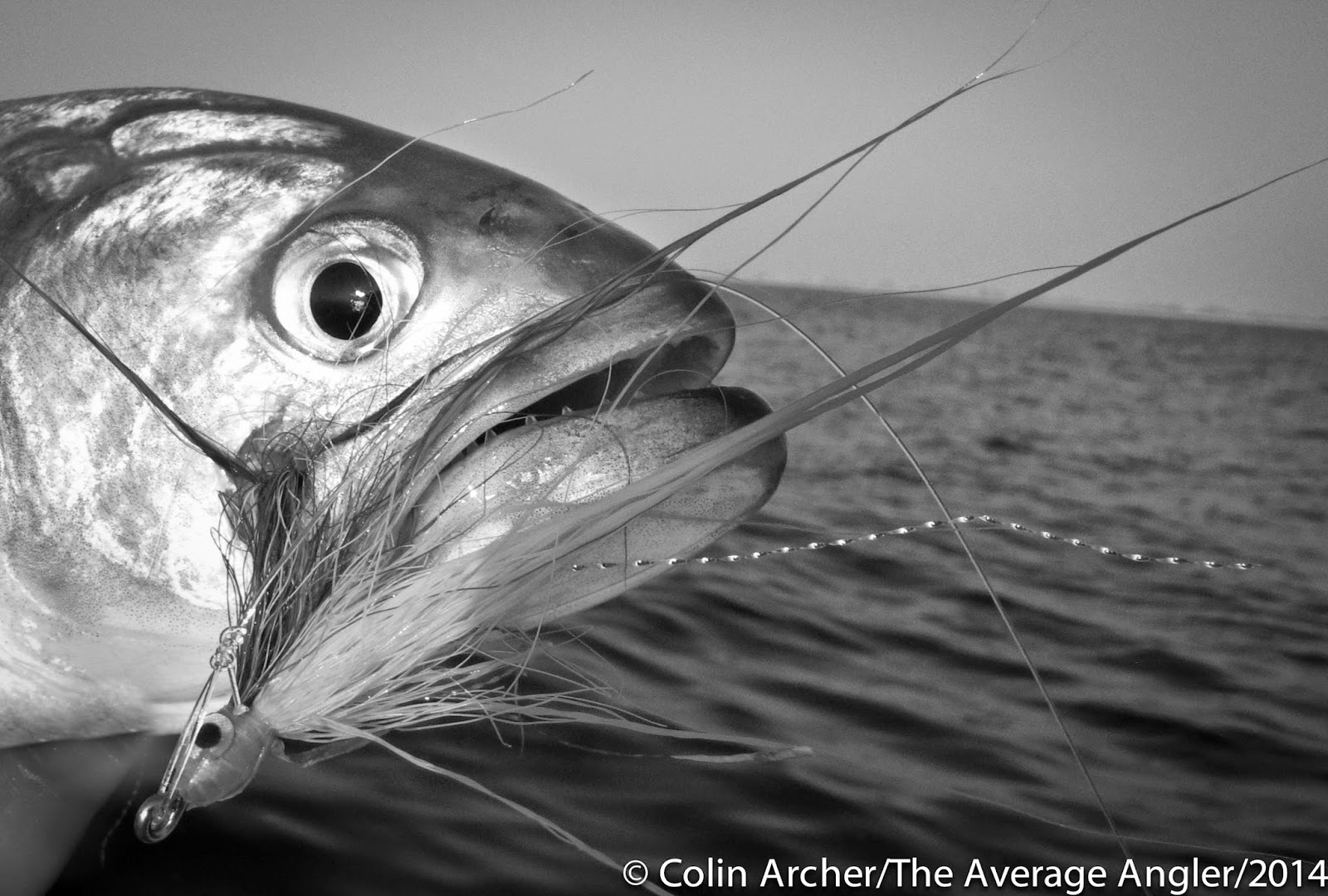 The fish weren't picky as anything I threw at them got a chomp. The fly below stayed in service until the only thing left was the eye and a few strands, and they kept eating it. I was back at the dock by 9 am and the ride home was quick except the narrow passage way on the Parkway kept me nervous with the texting and swerving drivers all around. 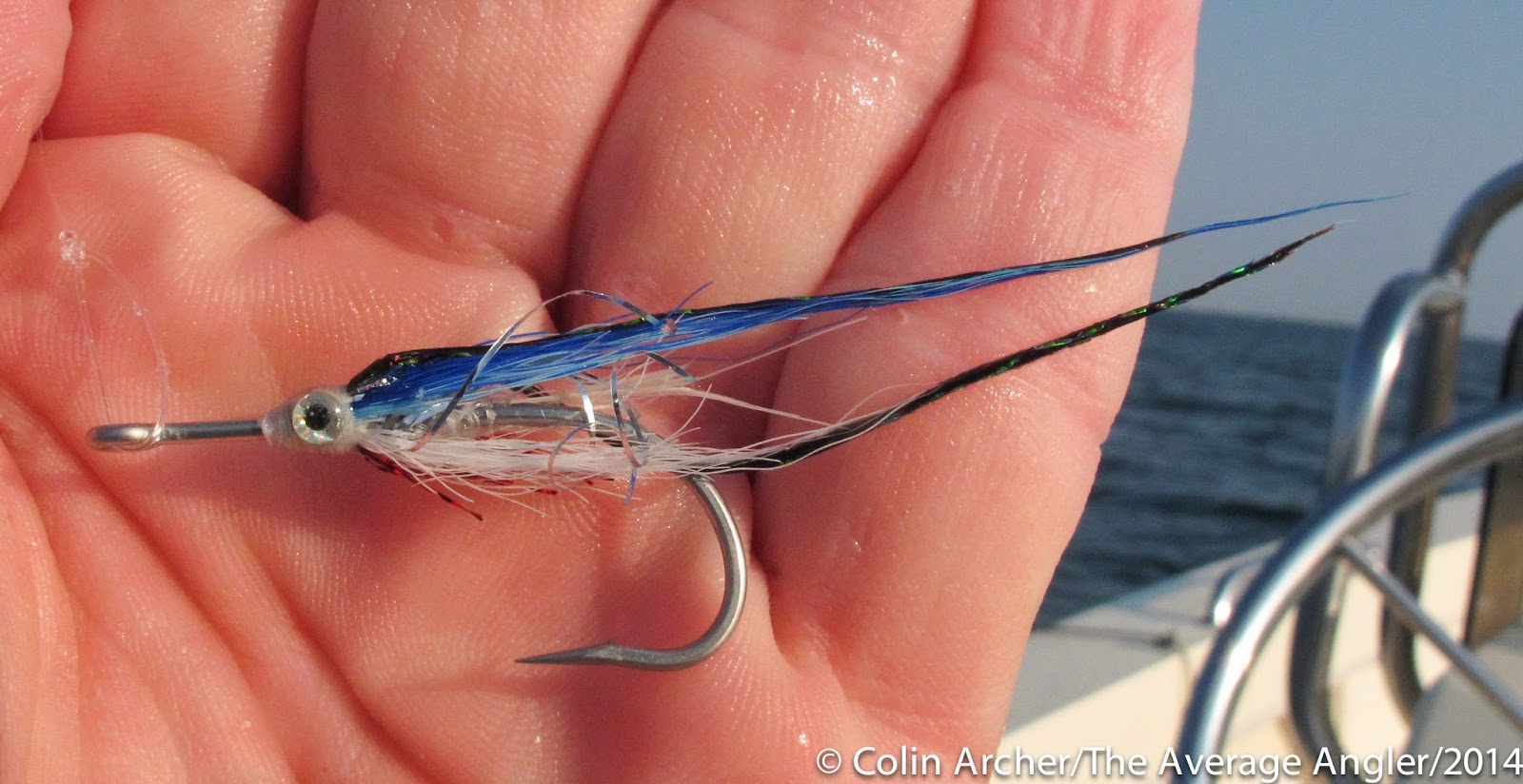 For those that usually fish the north jetty at Island Beach State Park below are pics to bring you up to date on the progress of the work going on there. 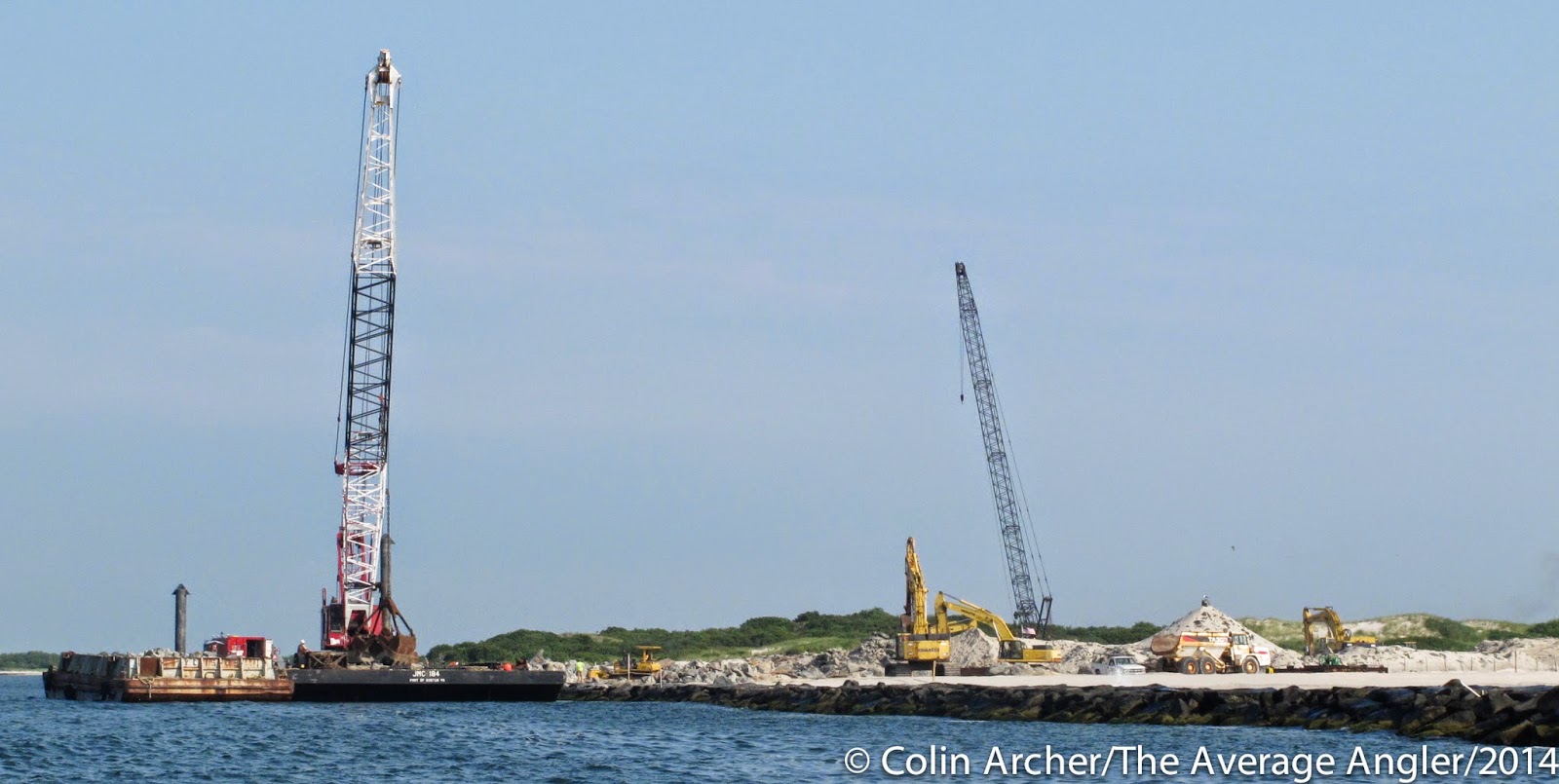 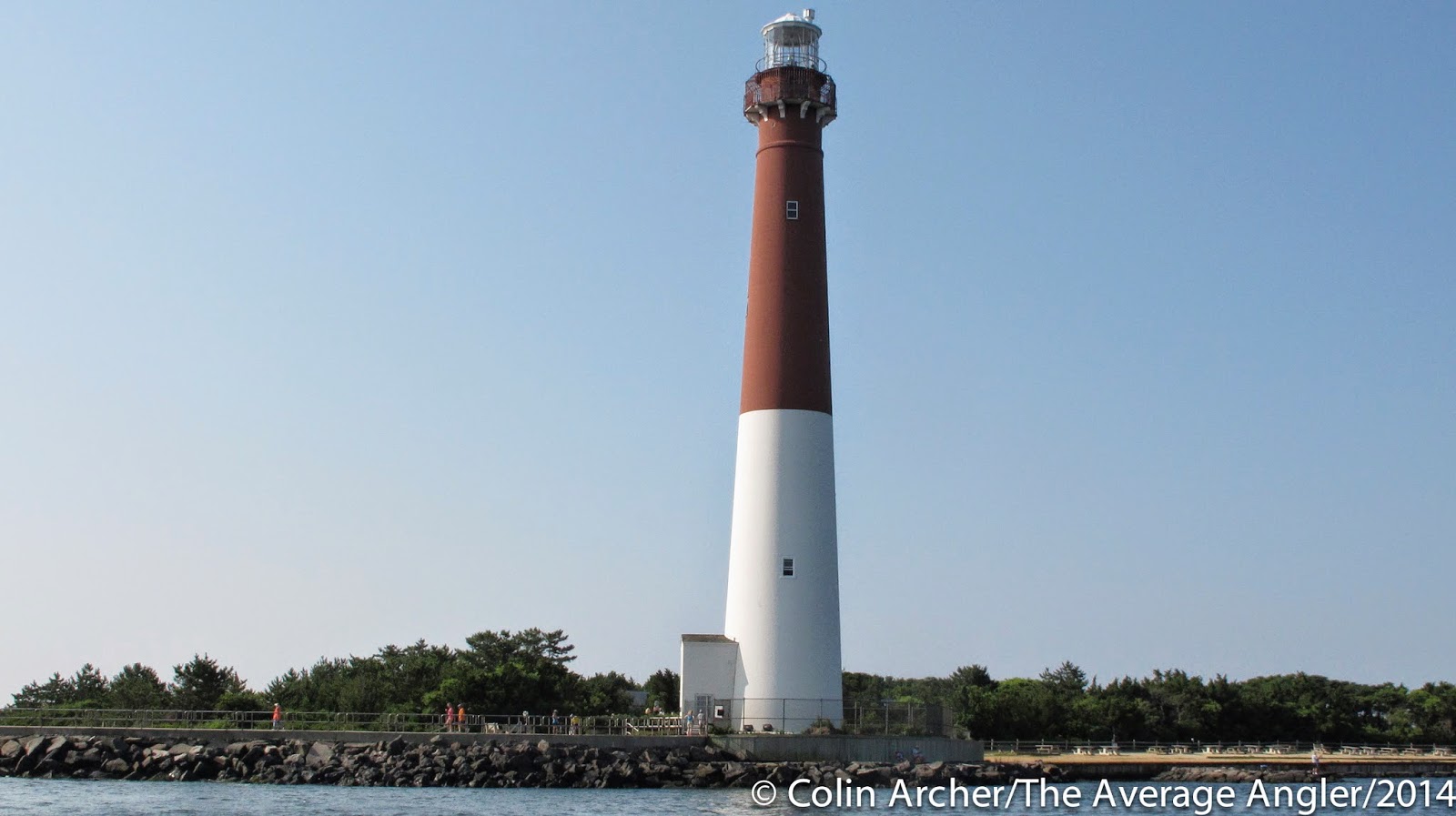