07.02.14 Chased away as the lightning and Tropical Storm Arthur approaches.... 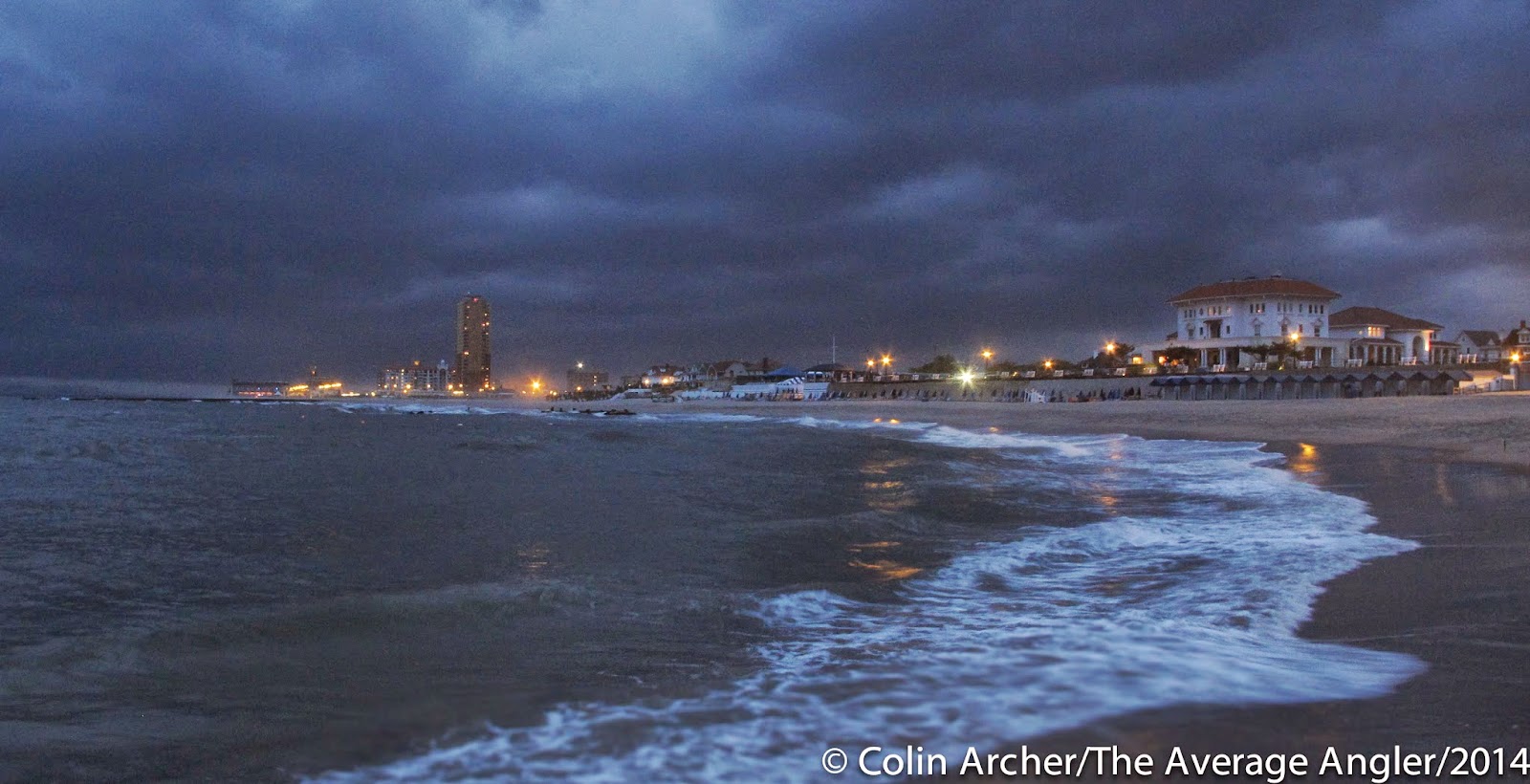 I wanted to get out and fish the incoming into the night hopefully before the rough weather rolled in. When I pulled up and as I dressed I knew it would be a short outing. The clouds were dark and rolling in and lightning popped off in the distance. I was able to make a few images and a few dozen casts before the sky lit and opened up. Waving a fly rod with lightning around isn't such a good idea.

Last night I fished from 11pm till 3am both out front, twice, and in the river. Waited till the tides were perfect in both spots but didn't get a bight......kinda felt like I deserved at least a tug, or a swirl.

Now, I'm not into posting pictures of dead stripers, but, in this case I have too. Yesterday a friend, who fishes regularly and hard, made two casts and caught a 28" bass. His first keeper of the year. He's a guy that keeps a few for the table every year...... and releases keeper sized bass regularly.

So, for a person that likes to fish, enjoys eating fish that he keeps with the family.....what do you do when you catch your "only" legal fish in three months? You keep it, because you don't know or even really believe that you will catch another, again.

Posted by The Average Angler at 10:22 PM