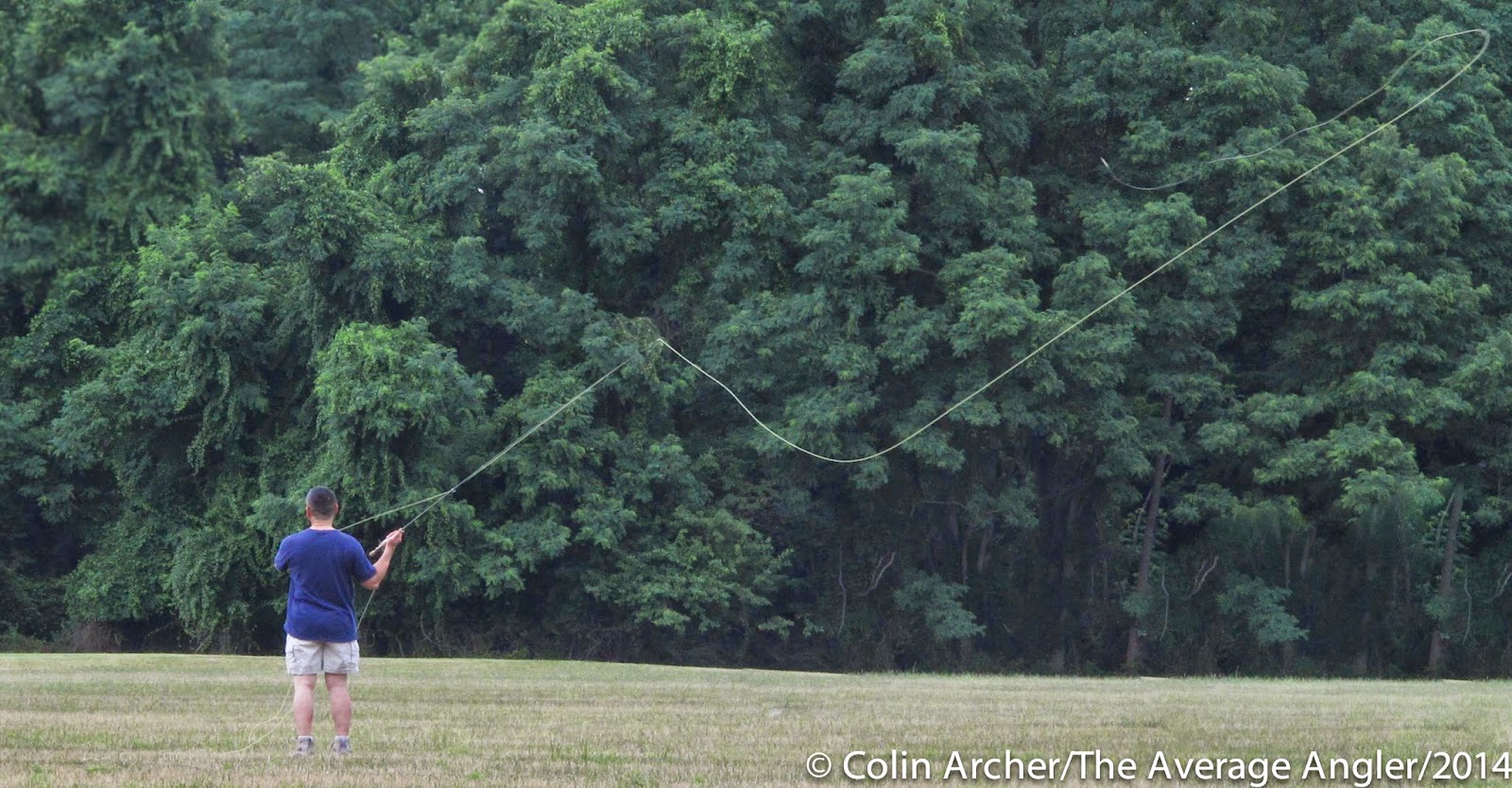 So after fishing from 430 till 6 this morning and catching another beautiful sunrise it was time to start the day with the kids, which included a stop at the Bagel Oven in Red Bank. On the way back to their mom's house Erin says 'Dad, there's my school'. And then my son says, "Hey Dad, look, that guys fly casting". Errgggh.....hard brake.
In the soccer field was a guy practicing his casting. It was nice to see. As I watched closer I could see him shaking his head in frustration as the line wouldn't straighten out on the cast as much as he would have liked. I decided to stop and chat.
He's been away from saltwater fly fishing for a while and is starting to get back into it. He has a bonefish trip coming up in the fall and is preparing for that by working on his single and double hauls and casting into the wind. That's one thing every bonefish, tarpon, or permit guide tells their clients....practice before you come. Hopefully he'll get rewarded in the fall with the work he's putting in on the grassy flats in Middletown now.

So it was another day out on the rocks catching a cool first light and throwing flies into real fishy water. Don't know what gives...but if I'd have to say I haven't caught a striped bass in the surf in a month. That's going to change this week....it has too...I'm going nuts.

Think I'll put the baitfish imitations away and go back to the crab flies....they seem to be the only bait around these days. 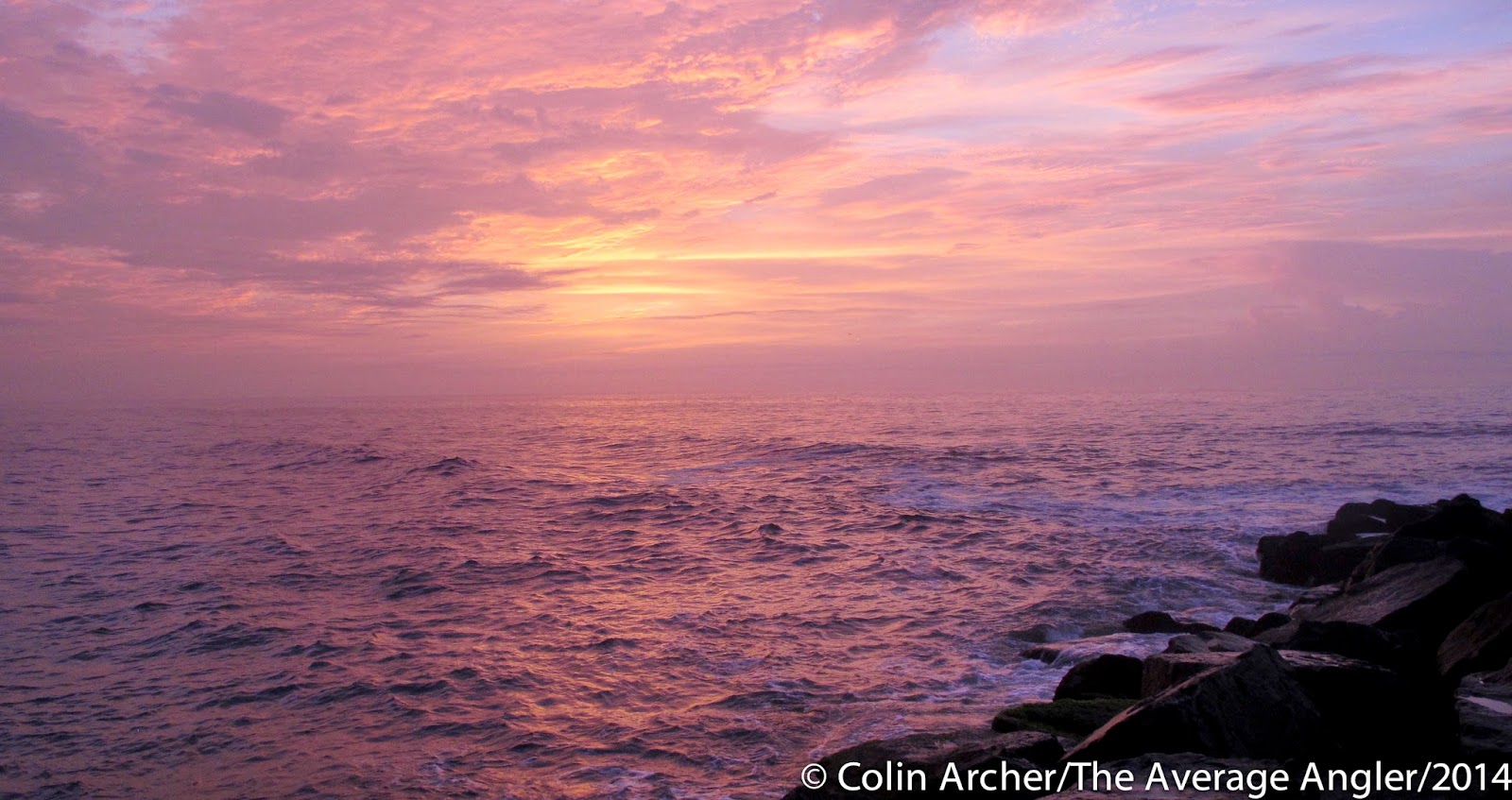 Posted by The Average Angler at 11:26 AM