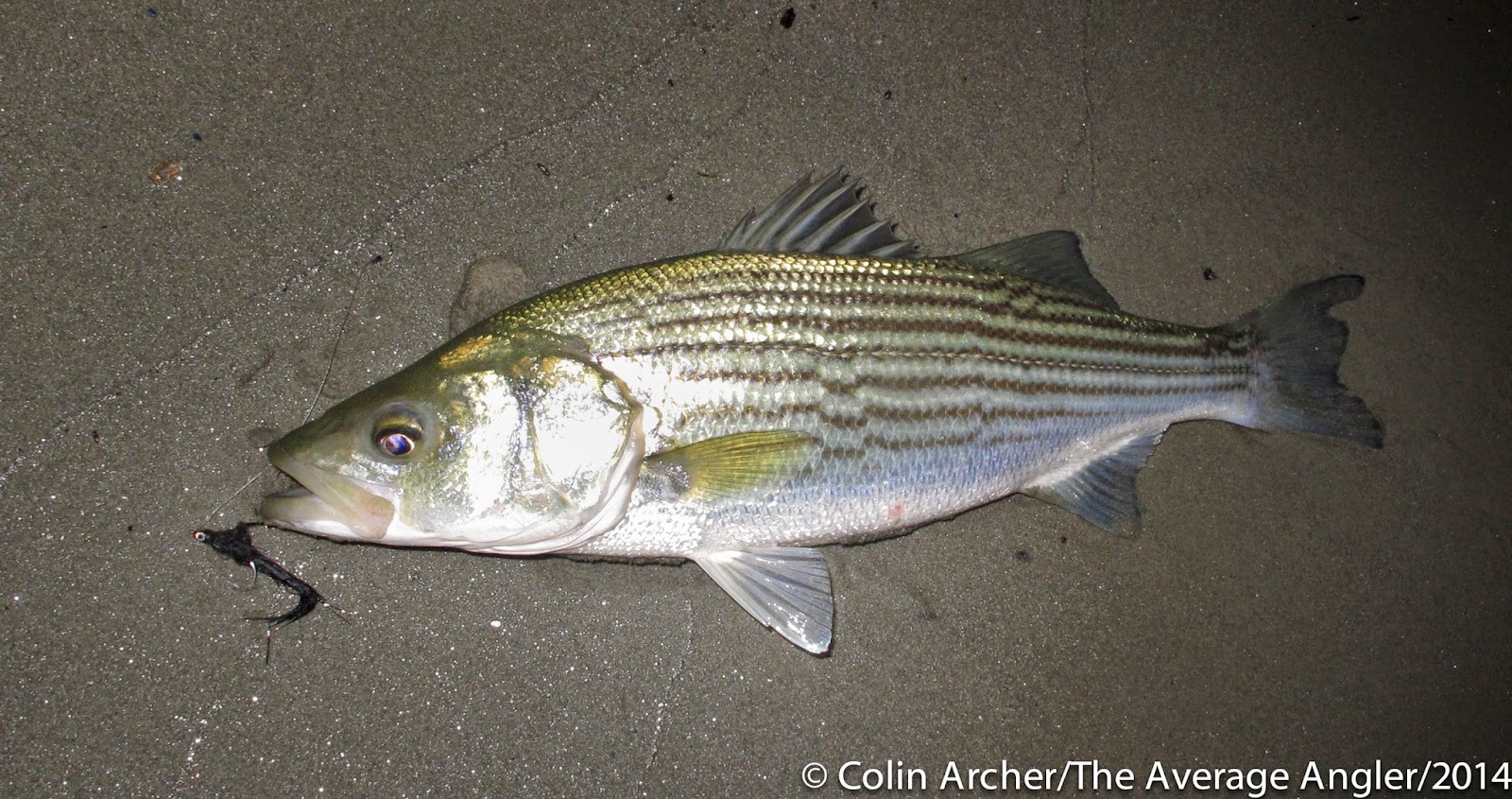 FINALLY !!!!! After a long drought I was finally back on the bass. I have been so hell bent of finding and catching summer striped bass out front that I haven't been plying my trade in the bays and rivers as much as I should have. I have went a few times but last night I decided that was it.....I had to find them and get them to eat.
I have to thank Matt Cook who has kept me up to date with his own late night striper pursuits which have been productive for him and friends. I got out on the end of the incoming, fished through the slack tide and it was over once the water started to ebb. As I walked I both heard and saw the bass, and hickory shad on the eat. I tried with a Banger, and then went to a Slider, and then settled in on a small black fly that I picked up at Coop's Bait and Tackle when I was up in the Vineyard.
First cast.....strike.....second fish.....and so it went for about the two hours I fished. A fistful of bass to +/- 27 inches a few hickory shad mixed in. It reminded me off fishing a spinner fall into the night up on the Upper Delaware. 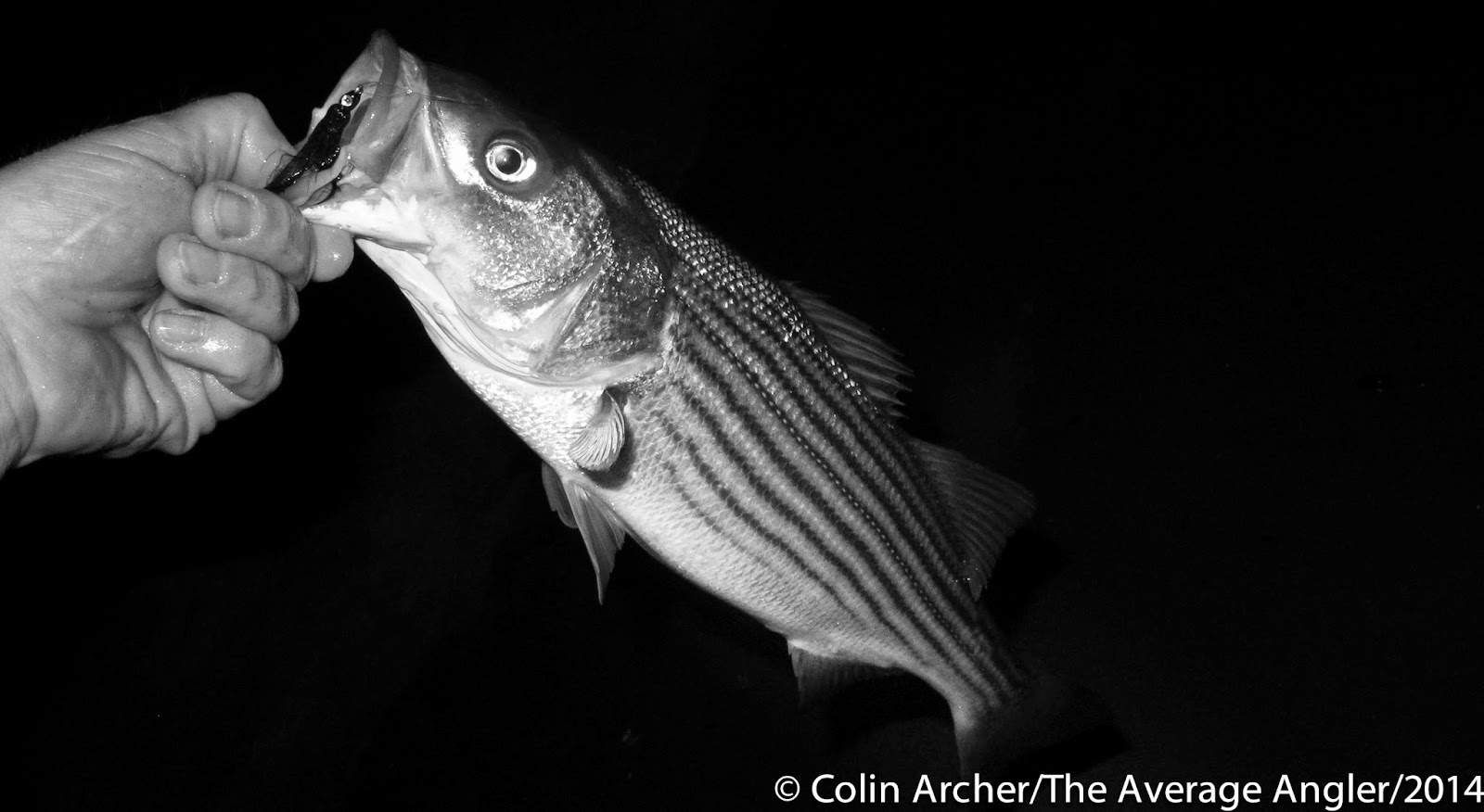 Posted by The Average Angler at 9:03 AM