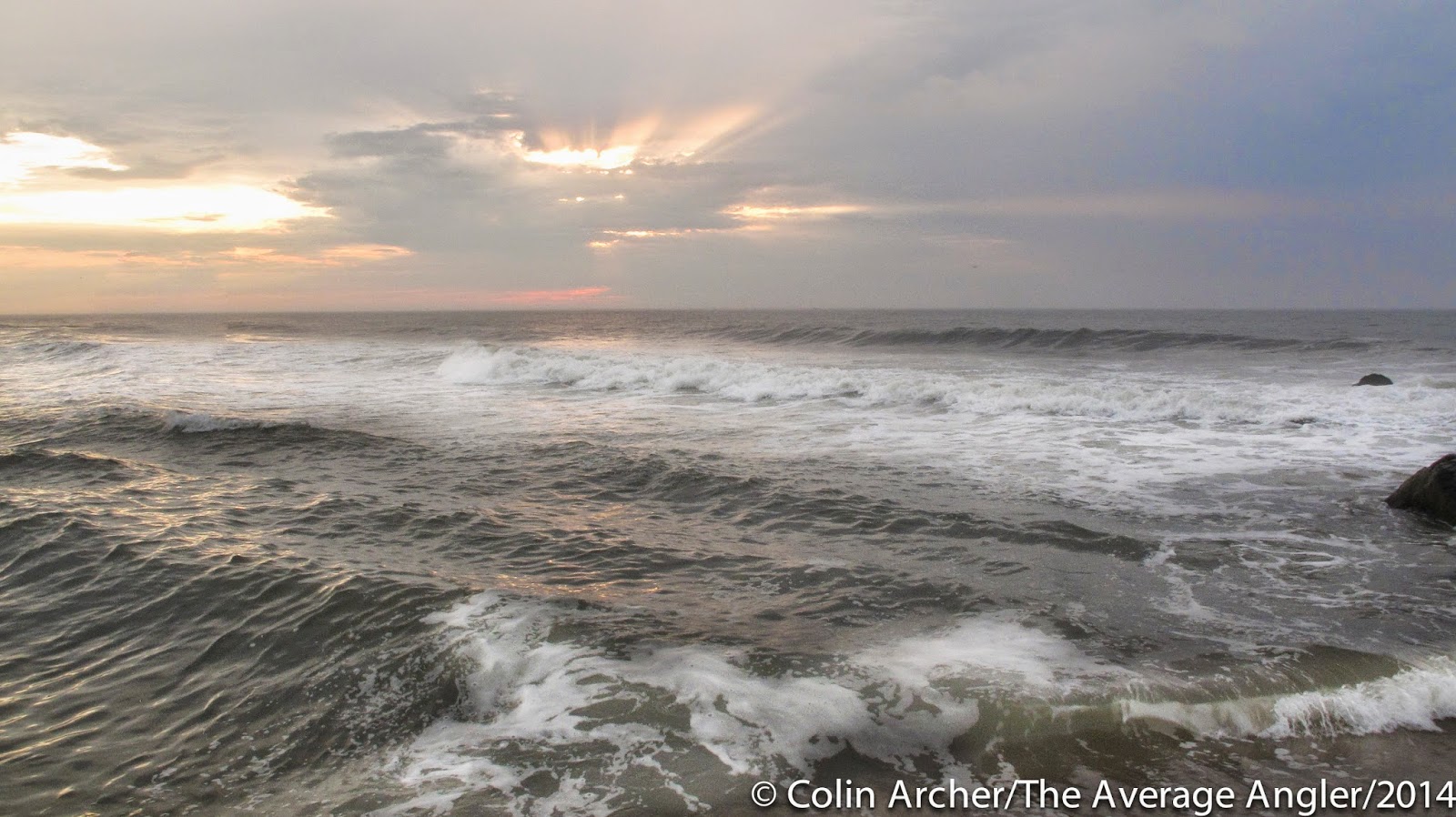 Well its life. And life isn't always easy. I have a full plate right now full of personal stuff so its okay that fishing and work is slow. I have come to realize that fishing is as much as a time for reflection and contemplation as it is trying to catch a fish.

Even knowing that the fishing is slow to non-existent on the beach I still needed to get out. When I got on the sand before first light i walked left, then I walked right.......I kind of didn't know which way to turn. I felt lost, which I usually don't feel, thats when I realized that I am kinda in a bad way and am in the middle of some serious stuff.

Conditions were nice. Lots of white water between the swells but the water was iced cold from the barrage of south and south west winds as of late. I still figured the fish wouldn't mind the cooler temps and it would only be a matter of time before I found one. I had decided to go south and fish a town I usually don't spend much time at. It was a welcome change of scenery.

Besides finding good water I couldn't help but notice the terrain on the beach. Mother Nature continues to take back what we, well the Army Corp, have temporarily done to the beaches. I am sure that by winter most of the sand will be out in the ocean and will be drifting north or have settled in at the southern pockets of the groins. 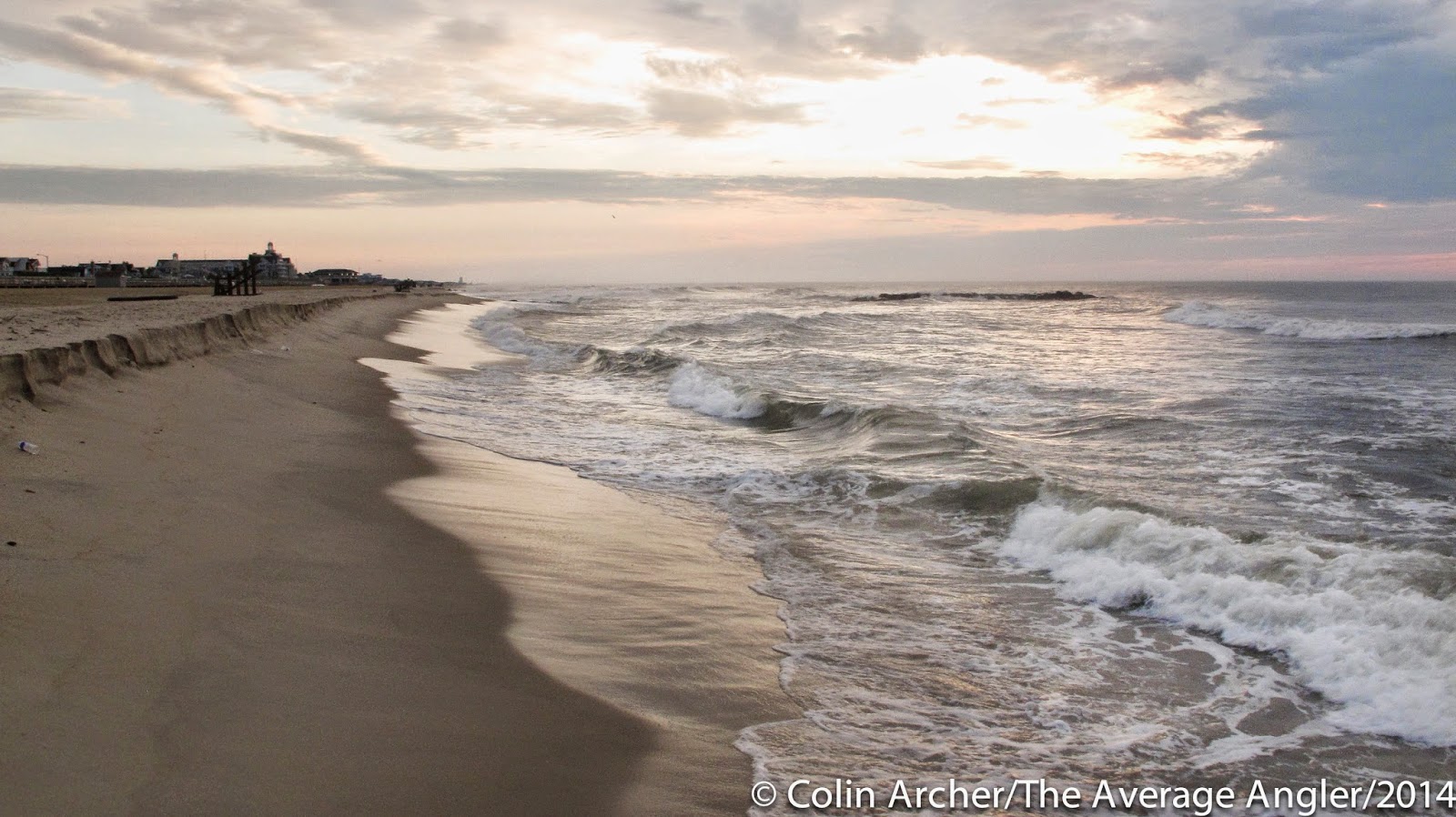 Back in my truck I hit the CD selection button and it was a best of Bob Dylan disc I had recently put in. Track 4 was "Like a Rolling Stone", as I listened to the song I connected to several lines and played it over a few times. Funny how you can listen to a song for years but only during times of happiness or sadness does it strike a cord.

This morning I connected with the music and the ocean and it was just what I needed.

Bob Dylan, Like a Rolling Stone (vinyl) from dispensable library on Vimeo.
Posted by The Average Angler at 8:30 AM