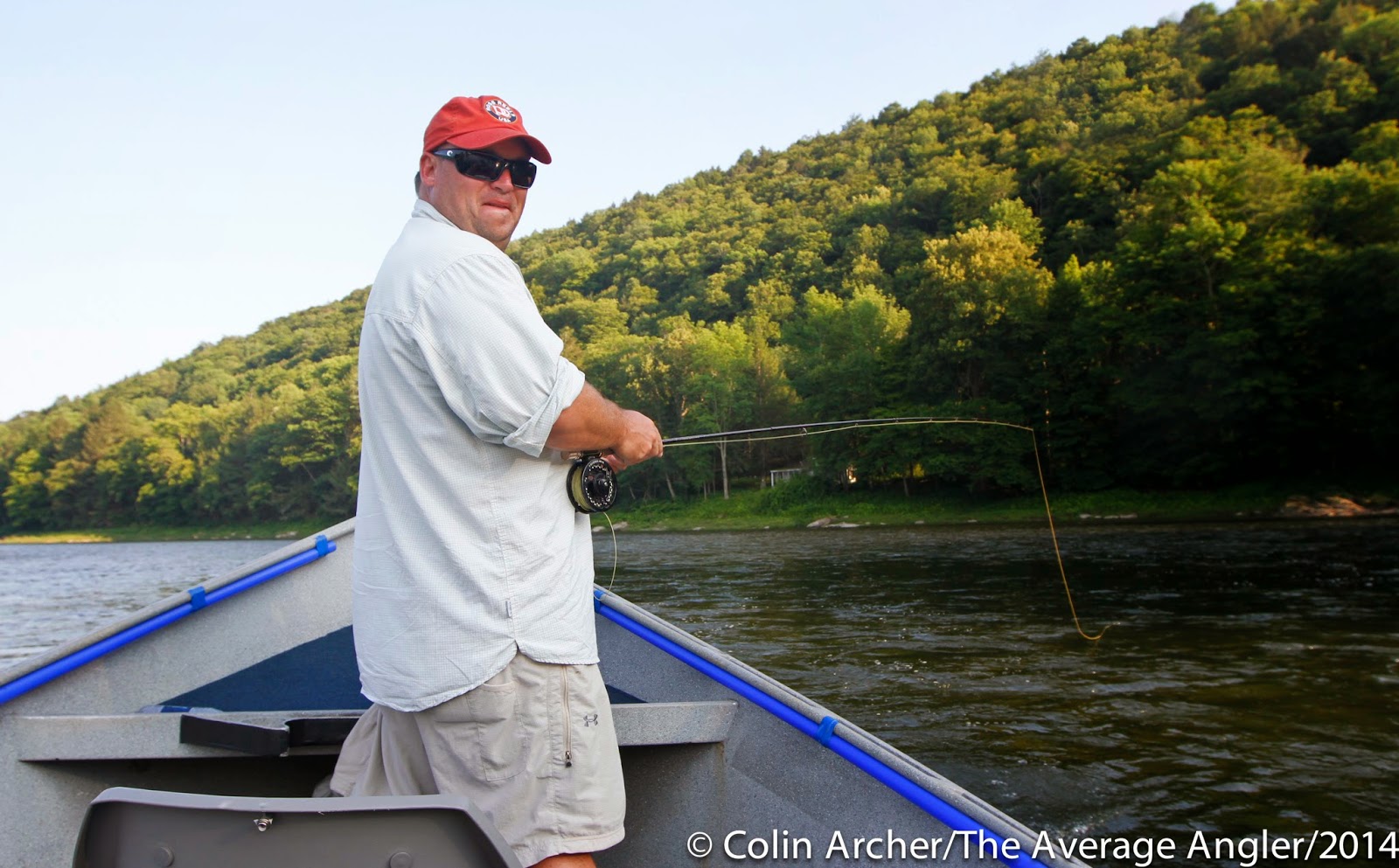 First, thanks for the calls, texts, emails, and Facebook messages from you guys asking if I am alive and alright. Yes the daily blog hasn't been updated in a week, a week!!. That's a first. But I am okay just going through some tough times right now.

So yesterday I had Mark out for his first float on the Upper Delaware. Got good reports from the day before on the beat that we were planning on floating and.....for us at least....things were shut down.
I picked Mark up at the Jersey Shore at 5 am and we were up in Roscoe picking up the boat and getting lunches and stuff and ready to roll by 11 o'clock. We decided to walk and wade for a while so we headed up the shorter of the two rivers and spent some time in riffly water that produced zero for us.

We launched about 1 o'clock and soon met a great friend in a slob of a brown trout that ate and let us play for over an hour. "Foam is home" you could have called it but when we got in a little too close she was down and gone. It was a beautiful day except for the 150 degrees and zero wind and dead stretch of action from say 2 to 6 o'clock. We did have fun and during that time work on some casting and take refuge on the shady side of the river.

Evening was a bit better with some Iso's and Cahills and Sulfurs up, not that many, and a lot of one and done risers up and down and left and right. We caught almost a fistfull of fallfish which provided up a rising fish target to practice and broke two fish off. We casted into just about dark at pickers here and there but never seemed to be on the stretch were things were "It's on" as my friend Bunky would say. 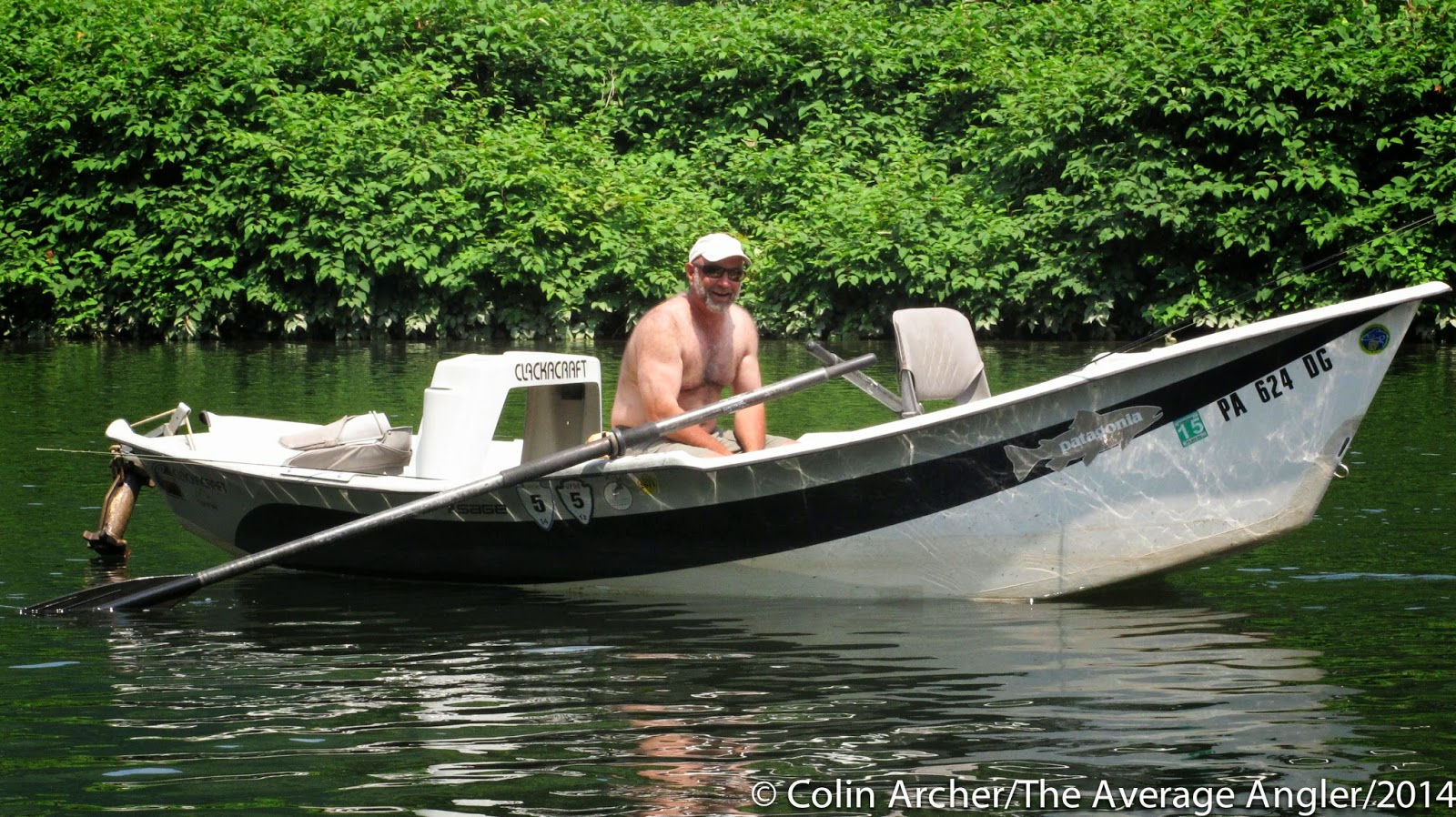 Mark did get a chuckle pointing out to me this guy wearing a sweater and fishing alone.....and when I turned it was Bunky, who could double as a saquatch. Charlie and I kept in touch and we all had lunch in the shade waiting for something to pop. He did catch a tiger trout- which is a hybrid of a brown and brook trout. He sent us a picture and this is it below. 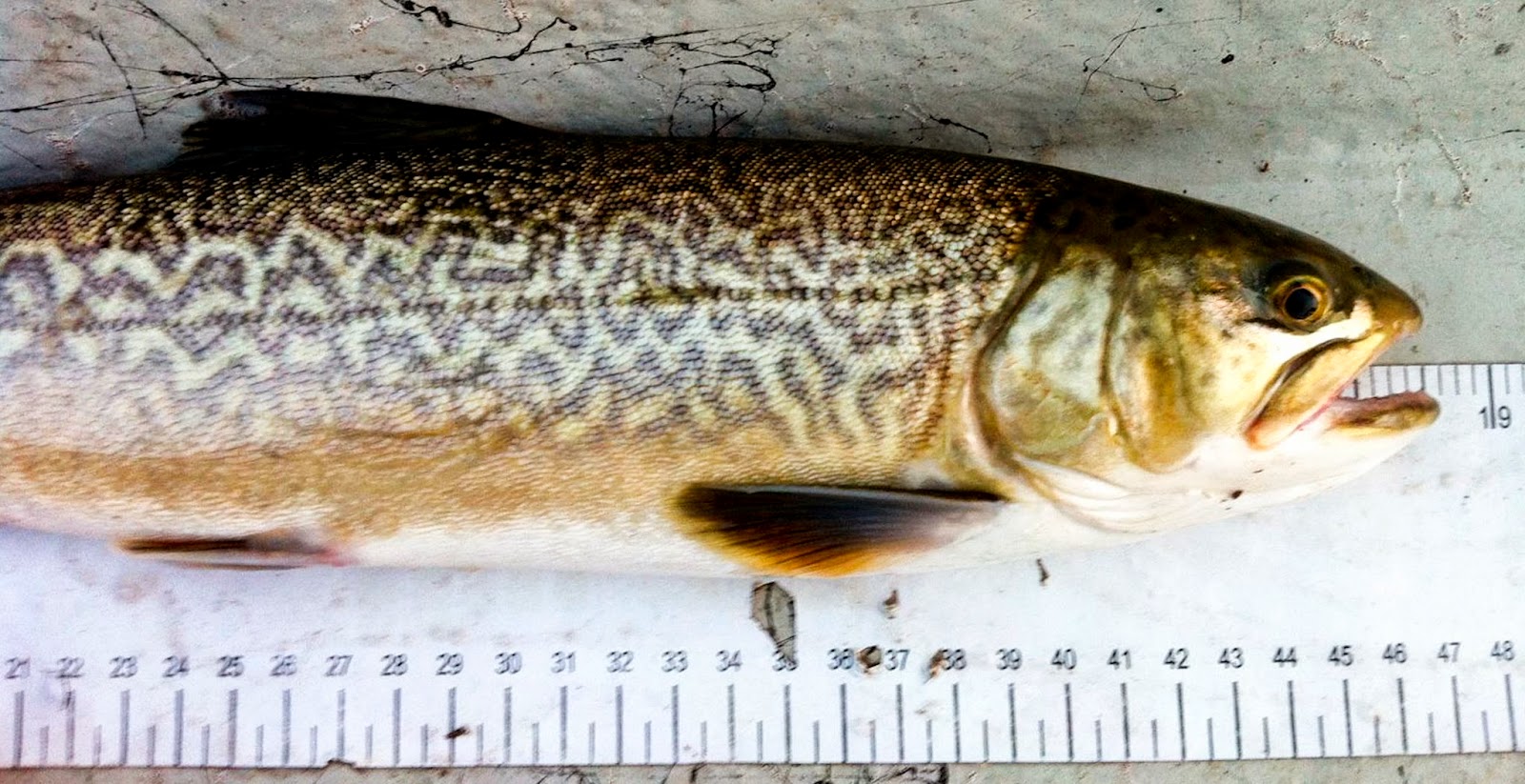 So by the time Mark and I washed the boat, dropped it off in Roscoe, hit the Liberty McDonalds and drove home I was pulling into his driveway at 2am......22 hours after I first picked him up.

No doubt we will fish again up here, but next time we might splurge for a room. 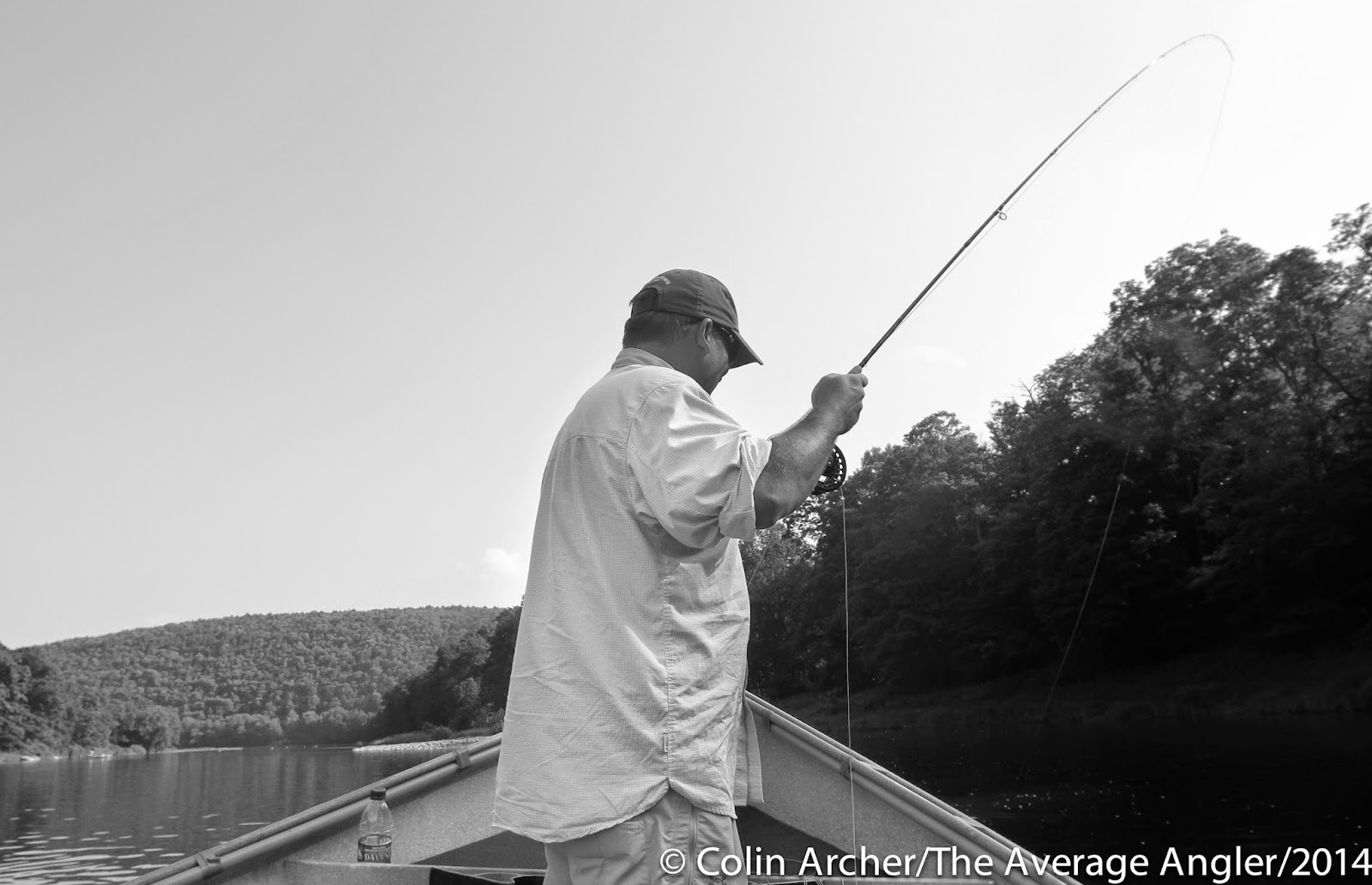 Posted by The Average Angler at 2:53 PM