In an attempt to fight off cabin fever and keep the club busy in the dead of winter Brad Buzzi and the worker bees put on the annual Klees Gathering. It was a nice afternoon for for some good company, knosh, drinks, and great prizes.
I believe, Klee's Bar and Grill in Seaside Heights, is the ASWF "official" watering hole and it never disappoints. Either after a club meeting or event or a trip down to fish the IBSP area its a great place to grab a bite and a beer. 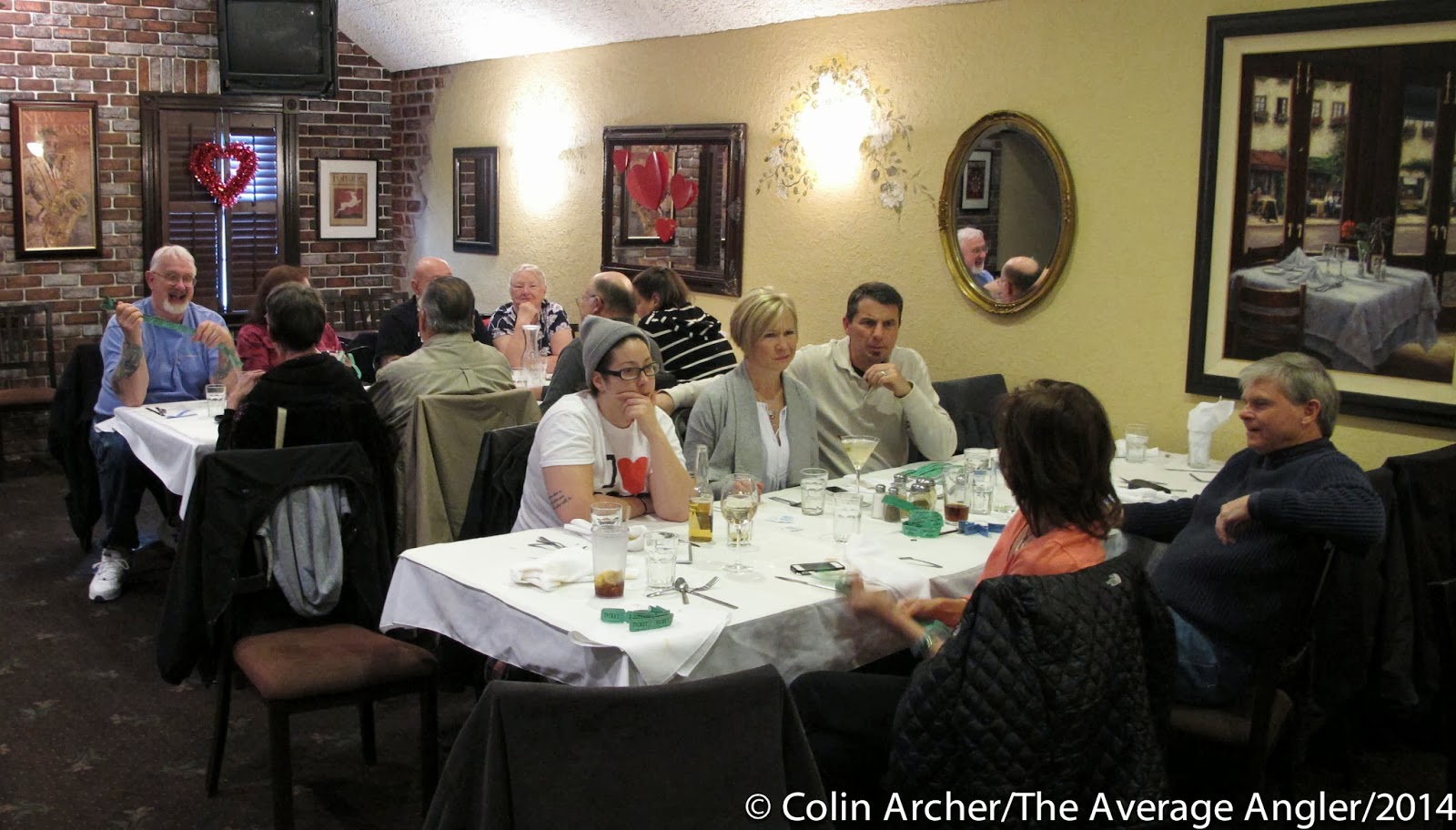 We had about 20 people attend and the highlight, besides the company and food, was the raffles that were offered. There was a TFO rod, that Ken Eckland went "heavy on" and won, and t-shirts and hats and wine and bucktails and Fleye Foils and a stripping basket and a CCG kit. I went a little heavy on the tickets and had a good score myself winning a ASWF mug, a half a dozen bucktails, 12 packages of Fleye Foils, and a $25 gift certificate to Klees. Barbara, always our gracious server, and her helpers won the 50/50 which we were all glad to see.

People are fighting off cabin fever with the flea markets and shows and gatherings like this during this nasty winter hoping that spring arrives sooner than later. If you fly fish, or would like to learn or learn to tie flies, look up the ASWF or any of the other clubs in New Jersey that may be in your neck of the woods. 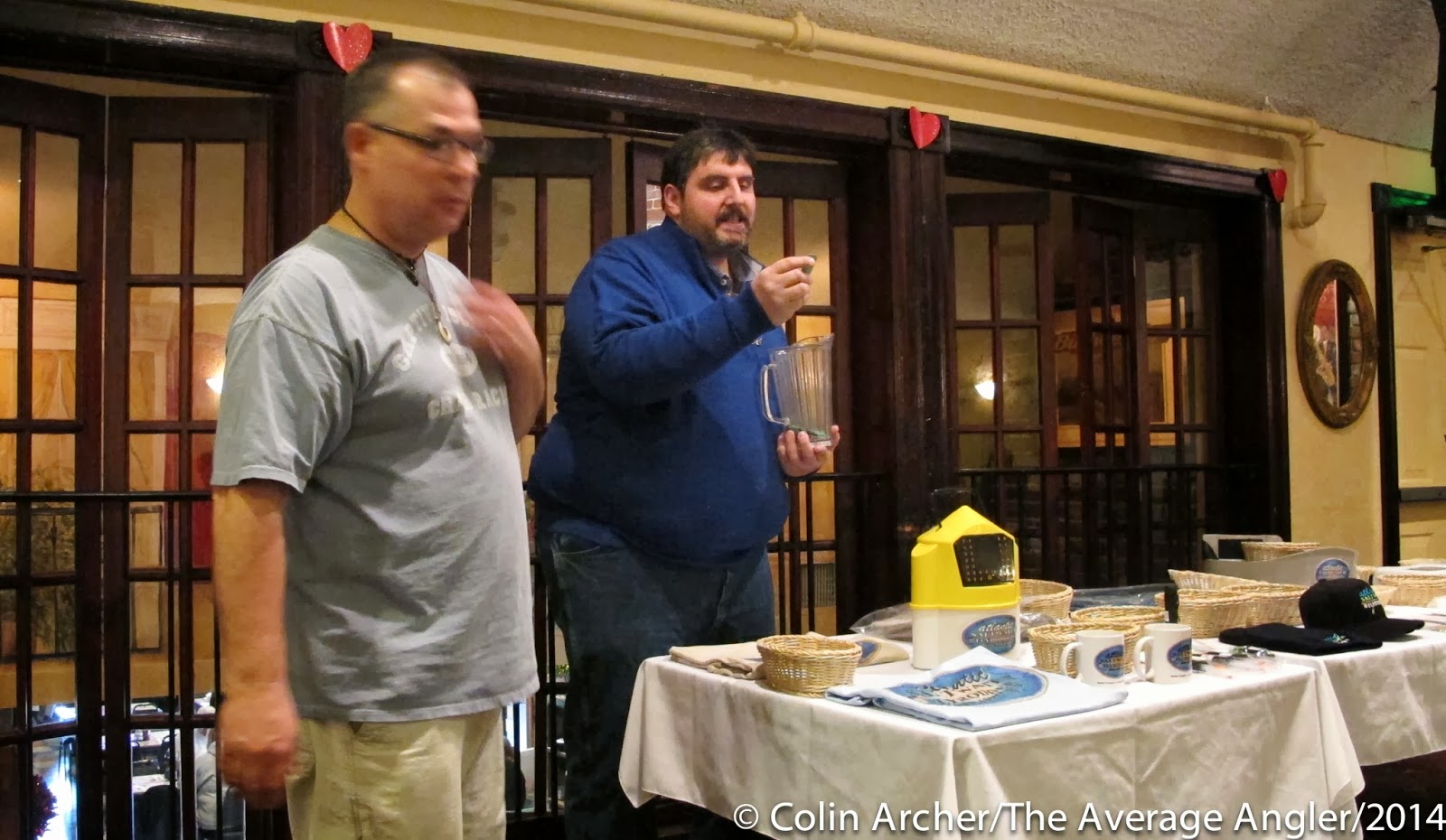 Posted by The Average Angler at 7:43 AM