01.20.11 Getting ready for the Fly Fishing Show in Somerset 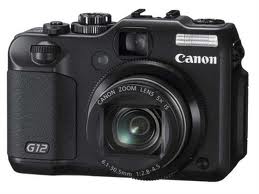 Today I am getting ready for a long weekend at The Fly Fishing Show in Somerset. We are expecting snow in central New Jersey that hopefully won't spoil the show.

I'll also be out on the floor experimenting with some time lapse photography. I emailed Ben Furminsky this week about trying some over TL's and he said I had the green light to give it a go. So hopefully I'll have them up for all to see sometime later in the weekend.

I have my talk and demonstrations picked out that I would like to attend. Some early picks for the show are, Joe Demalderis and Jim Costolnick talk on "So you wanna be a guide", Tom Gilmore and his talk on his new book, "Fly Fishers Guide to the Big Apple ", Ben Rinker's "The East Branch", Aaron Jaspers, "Nymphing 101", and of course I'll visit my buddy Joe DeMarkis during his talking on the "Rivers Fly Drift Boat Guide School" that I attended last summer. It wouldn't be a complete show if I didn't see John Dembeck on his "Fly Fishing the Delaware' w/ John Miller, and two more- Shore Catch's Jim Freda and Gene Quiqly on "NJ Stripers for all seasons" in New Jersey and Jim Valle on "How to become a FFF Certified Casting Instructor".

Whew! Doing all that while selling raffles, and shooting. Should be a great weekend!!
Posted by The Average Angler at 7:34 PM