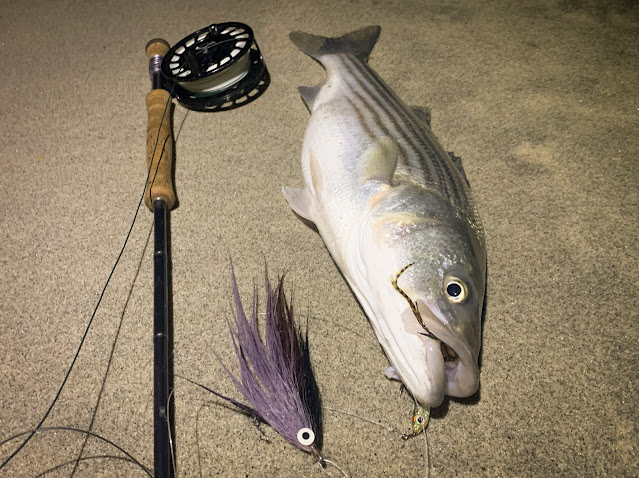 Started at 530 am hoping to get into some good action that I've been hearing about in parts north and south. Second cast curse for the day. Had a Hollow and sand ell combo and landed this nice one after a long cast out into the dark. From there couldn't follow it up with a bite......all day long. 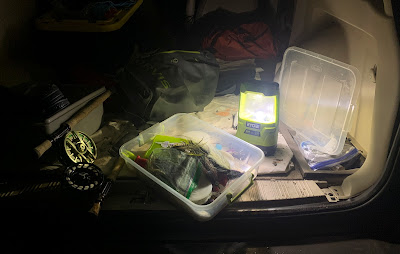 When light arrived I moved around a bit and then took a long drive north. Heard of some action there around 7 am, with good fish to 30 inches caught when they pushed the bunker or herring in on the beach. I fished the open beaches, along the rocks, on the rocks always with my head up looking for working birds, swirls, or bait, and I saw none....all day long. 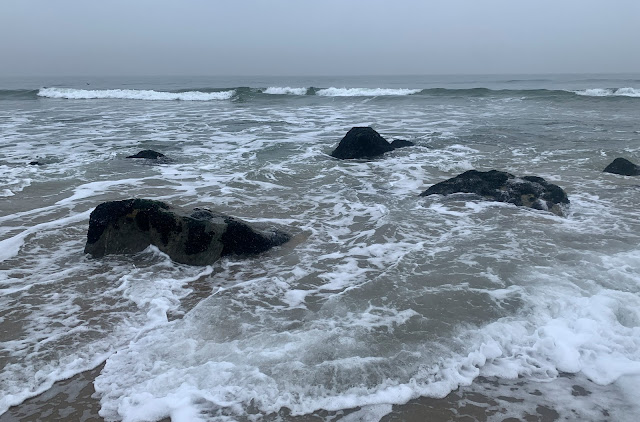 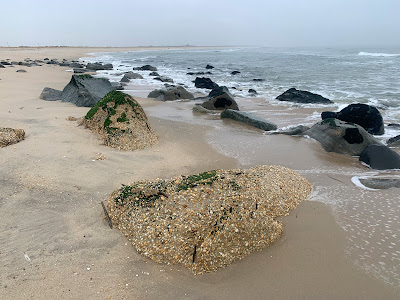 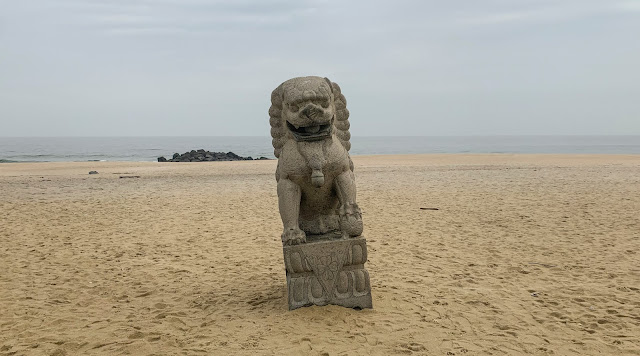 Just when I thought I was done I kept telling myself you're going to run into them, and that what it is, either blind cast until you connect, or drive, look and cast hopefully into a blitz, which are still happening, just have to be at the right place at the right time. 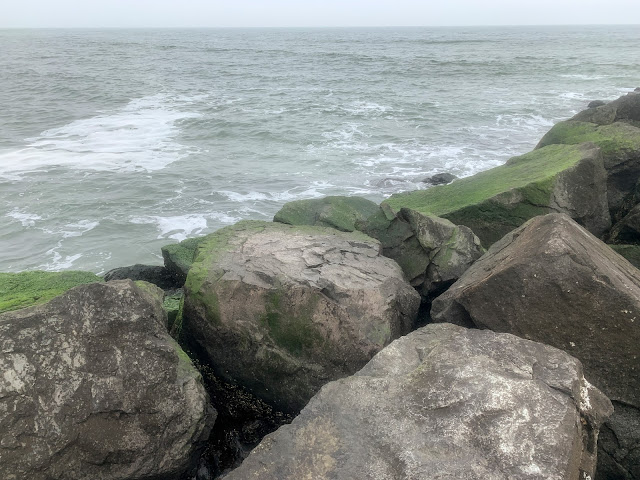 I finished up on Ryan's Rock, played the song "Blackbird" which always brings me closer to him as he played it so well on his guitar. I was hoping he would give up a fish, but he rarely does, and thats our running joke, I think I've caught one fish since I spread his ashes there.

Well that is a 2021 wrap for me, for real this time. Will I be tempted in that stupid "first fish of the year" game, that I, and so many others play? Probably, but my new job may get in the way of that. The fish should still be here for the getting after the New Year, if the water temps stay up, like today, at 49.5 degrees.

Posted by The Average Angler at 2:51 PM