While on the beach early this Am I heard the fat lady in my ear.....'It's over for you bud". And she is right. I would never suggest that anyone not fish, but for me, I think its over. With the boat down and who know what the future holds there, and being left to fishing the beach, I'm not seeing it. Yes, the Raritan Bay and waters that branch off it are still giving up fish, fish that most likely won';t be heading to Virginia this winter. They will stay and eat and stay low or go north to deeper holds. I'm not feeling a solid sand eel bite nor herring, well they may come, doubt it,. but there just won't be fish there to meet them. soon the micros will move in, maybe, and satiate the hardcore anglers braving the cold. And cold, the water felt cold to me today, like mid to high 40's. Surf forecast says its 51, with a possible range of 49-53. 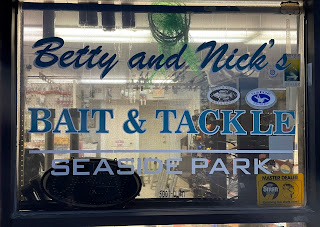 So it was Leif and I hitting IBSP for my last go. Started at Betty and Nicks for breakfast which hit the spot. A little chat John next door and we came to the same conclusion....is it the bunker that has changed this fishery? And not all for the better? More on that later. 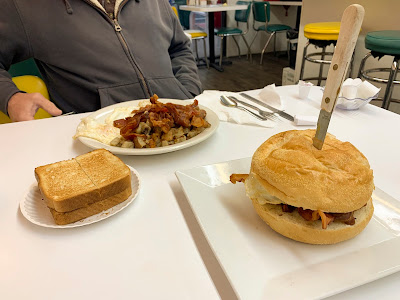 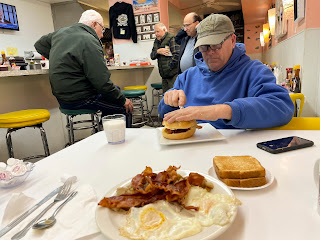 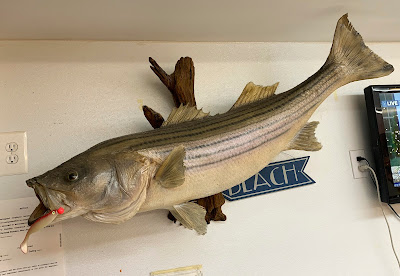 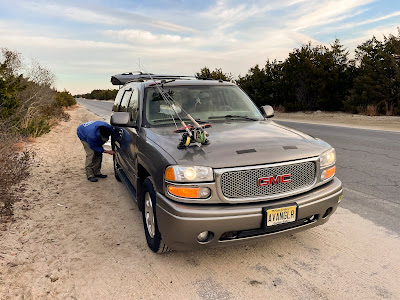 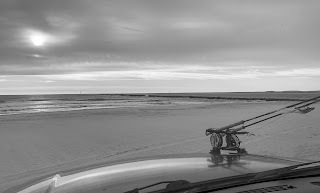 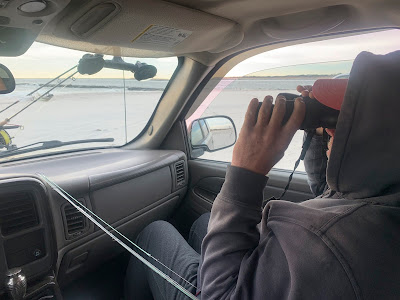 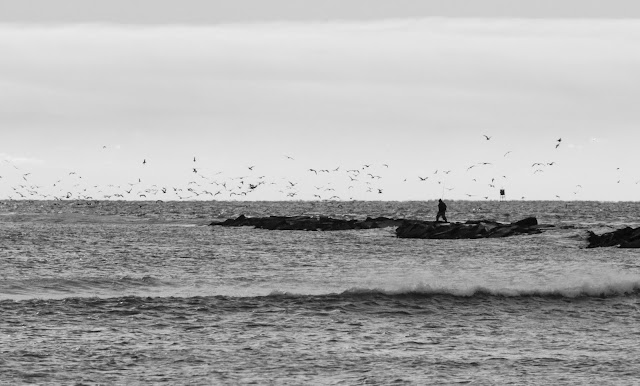 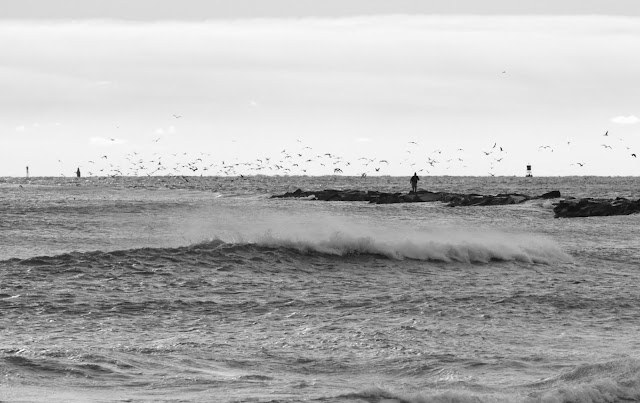 We made our way into the park and onto the sand heading for the inlet. West honking wind, with no protection, made it feel like 28 degrees. We watched and listened to some nice Christmas music and then were rooting for the guy who made his way out to the end of the jetty where the only birds in the area were, hovering over the rip. When he came back he said there was nothing under them, just birds being birds. 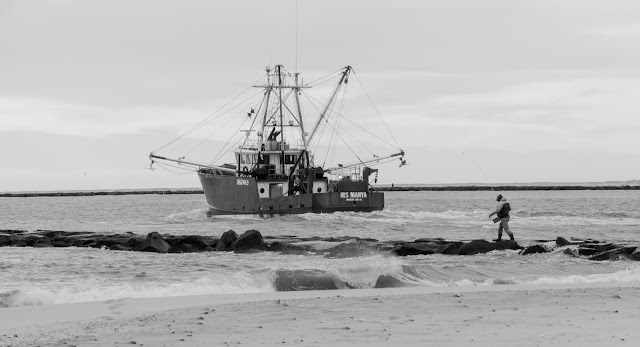 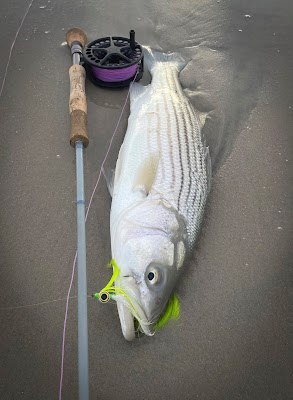 I predicted one fish between us and Leif delivered when his UAF was hit in the corner pocket inside the jetty. We stayed for a bit watching from the truck before it went a little sideways, a little pause, 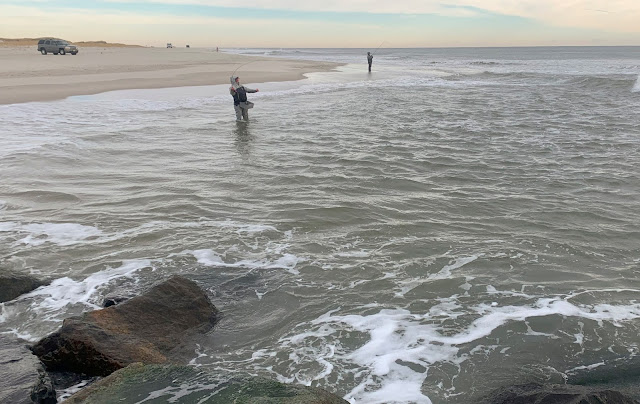 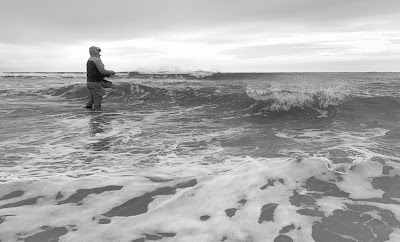 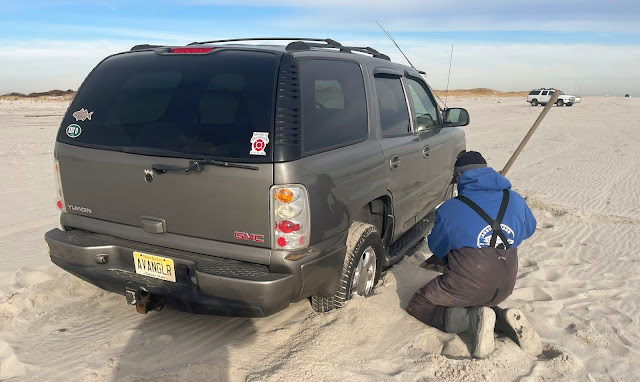 a little deep, and then stuck. Luckily I brought all the stuff you are supposed to bring. I was aired down to 18, but let some more out and a combination of shoveling, and jacking, and a little extra lumber from another guy and we were free. 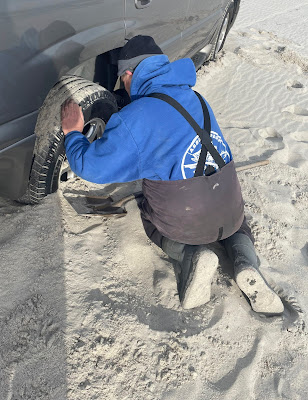 We went on the look out for life but found none so we looked for fishy watering found that. Left to right sweep was in effect, but if you positioned yourself right it sometimes helped rather than hurt. 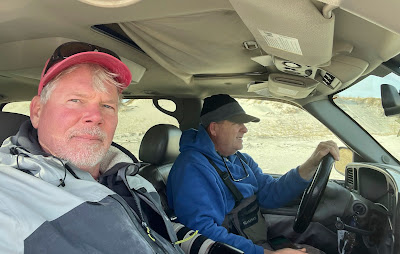 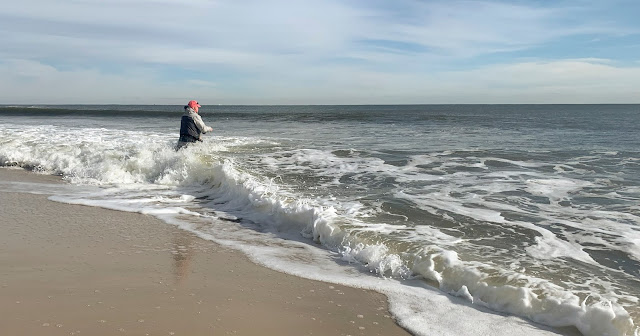 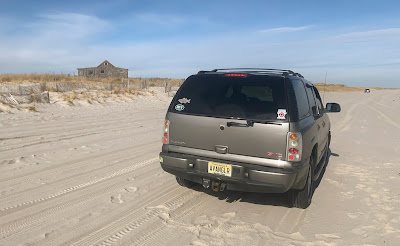 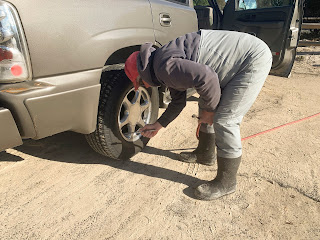 The wind kicked down a notch and the sun came out which made for a nice day, just no fish home. Its amazing how it cleared out in a day. Last Monday following Thanksgiving, fish all over the place. I went Tuesday, dead, and pretty much dead ever since. There's been fish caught up at the Hook, and here and there points going south, but the good bight now is south of AC and in Brigantine. 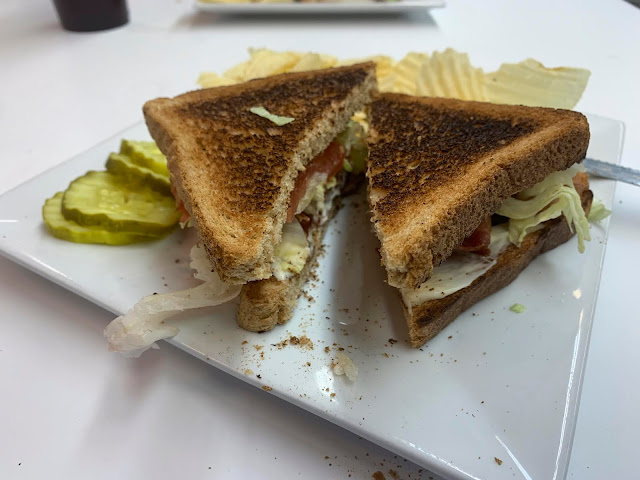 We started the day at B7T's and ended not there. A couplee of BLT's and the ending of a good effort, and for me a good year. Done, finished, caput. I'll be counting down the days to pitchers and catchers, no really, the opening of the Raritan Bay and Delaware River March 1st, when the hunt continues.
Posted by The Average Angler at 4:28 PM