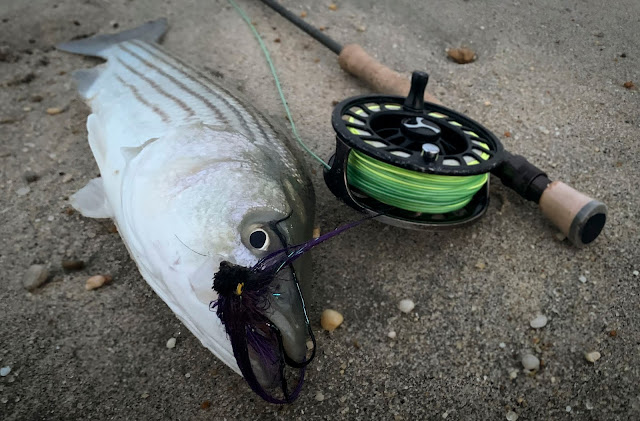 Got some intel that the boys have been catching a bunch of micro bass mixed in withs all blues in the surf. They're not targeting the small fish, they are just hitting even the bigger, and Ugly Ass Fly. Decided to change it up a bit as my thought of leaving at 230 am to fish in the morning didn't go over well with the boss lady. 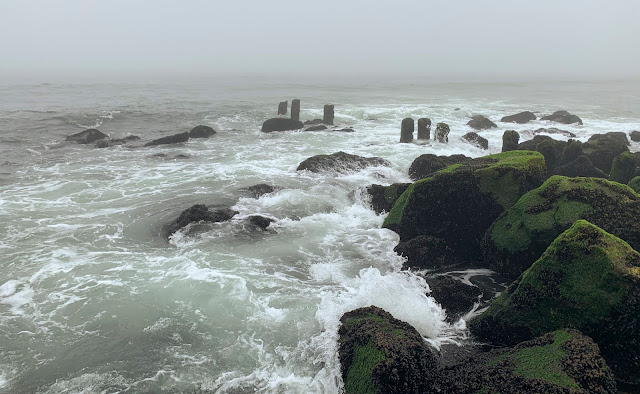 So I left about 5 and probably had a fly in the water around 630pm. It was an hour into the flood and I jetted to the tip of the jetty and found great water but no one home. It was pea soup fog on the beach which I thought would spark a good bite. Joe and Leif were down and they started getting those micros to hit and I just wasn't interested and either were they. About 730 I was done. 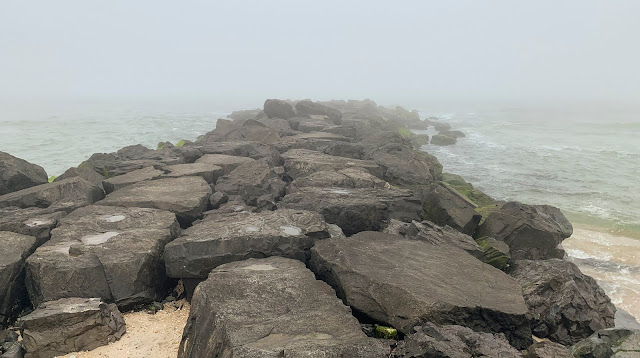 We walked out and where I usually make a left to go home out of Phillips I made a right to check a spot due north. After two dozen casts and not a tap I was done. So it was a right hand turn and heading home. But then I made a left and pulled into a street that I had frequented hundreds of times before. In the past guys would be out looking with big plugs waiting for the bait to get pushed in . This time just a lone guy on a soak. 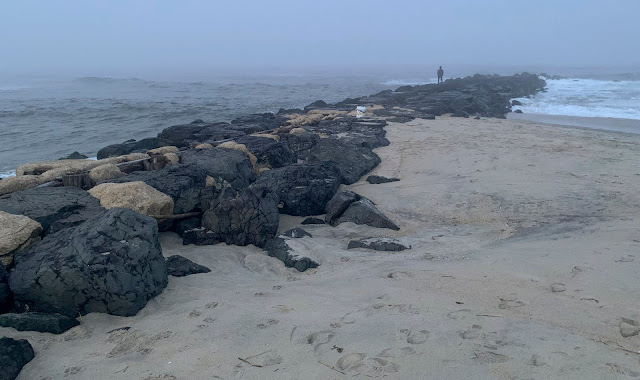 I made my way north of his coordinates and then south a bit fishing really nice water. About an hour in and halfway through the tide I connected on the nice bass in the top pic and the smaller version down below. I stayed till 10pm, even throwing a popper in the big swell waves off the jetty with no interest. Good outing and luckily no bluefish. 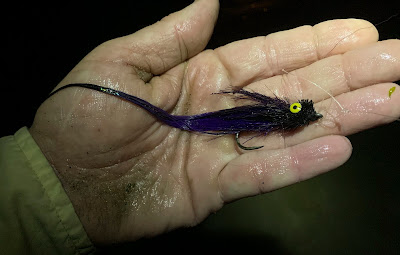 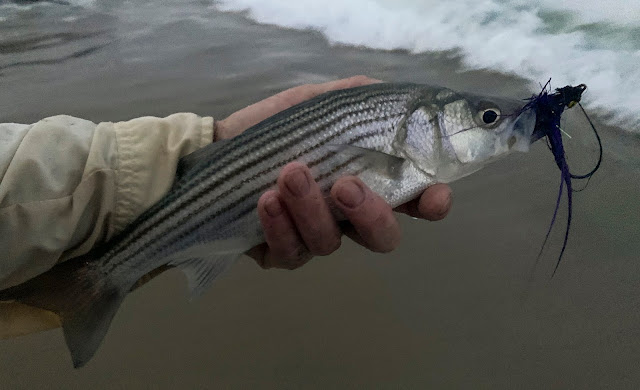 Posted by The Average Angler at 6:51 AM