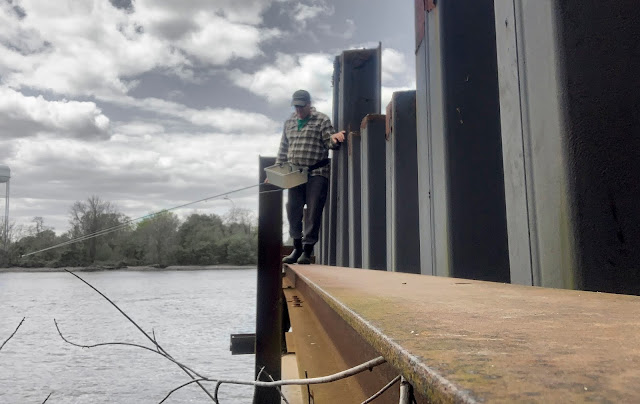 Well, I'm about two months late. My learning curve has shortened exponentially in the last three weeks regarding striped bass fly fishing in the Delaware River. Not in the entire system, but in the waters near my home. Tides, temps, turbidity, and most importantly access with the fly rod are all things I have explored and am finally feeling it. Problem is the big fish have moved down, or down and out. 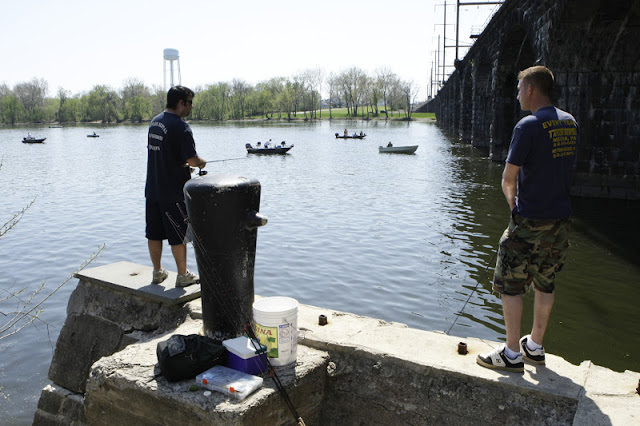 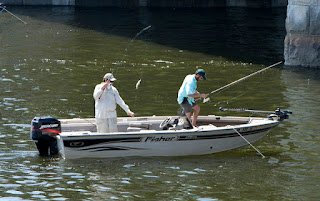 Speaking with a few guys over the last few days I've learned about "the good old days" when you could catch and livelive herring. I took these photos in 2009 while on assignment in "when things were good". Selfishly I am glad that is over and I don't have to compete with the bait and the crowds. Last year with all the rain I saw tons of dead herring on the banks, this year, although less water, not a single one. They say that the fish stay until the last of the herring leave, which used to be mid-May, which is about now. 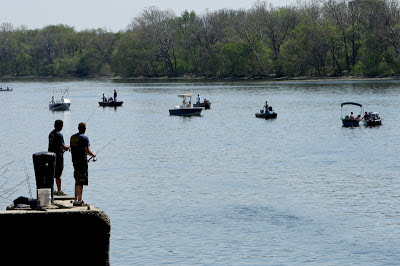 They also say its like someone pulled the drain, and the fish are here one night and gone until next year, thats the big ones of course. What will be left are the schoolies and micros that are here in better numbers from that mid-May exodus until June. Early morning top water and pocket-picking during the day. 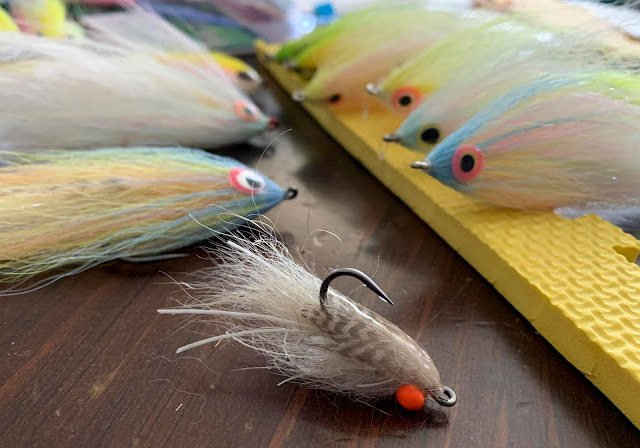 Yesterday I ran to Monmouth County to pick up the girls. Took a look at the Navesink and it was chocolate milk from top to bottom. Made a quick stop over at Joe's house to catch up since we haven't seen each other since Covid-19 came around. In his spare time he has busy at the vice an I noticed this sick Mole Crab, aka Sand Flea, fly that he tied up using a mix of materials, including his dogs hair. Really a nice looking fly that will produce.

Before he left he asked if I needed any flies. Mmmm. Funny you should ask as my go-to Delaware herring fly is starting to show its age being bounced off the highway railings, stuck in the tress, and even a few fishes mouth. I picked the below fly as a suitable replacement. It goes about 6 inches and swims beautifully. Joe is one of the best fly tiers I know. Outside of the commercial guys like Warshawser (where's he been?), Stryker, and Buzzi he's the best local tier, and then comes Popovics and Farhar, and then me.....that was a joke.

And speaking of jokes at the vice, I went back again shortly before the high tide and wanted to have something dark and purple with me. I whipped this up, in 8 minutes, it might show it, but it worked well in the water, just didn't have any hits. I spoke with two different boats that were coming off the water and both had one school fish each. 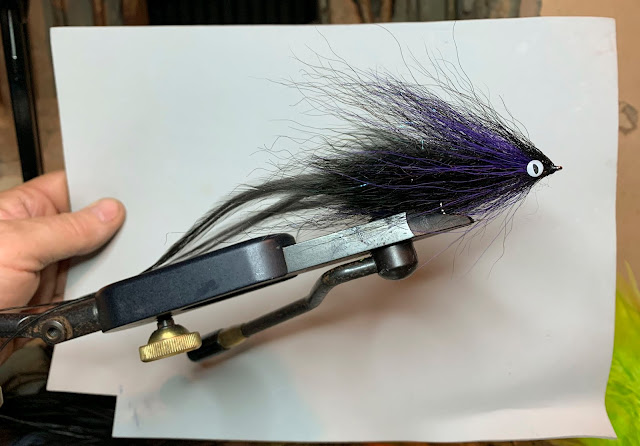 One thing that was cool to see was the ducks mowing down bugs on top of the water. That's right HENDRICKSON"S !!!!!. These are the males, or Dark Hendrickson's as they call them. That makes me want to head upriver about 200 miles to the East or West Branch. The Delaware River is about 330 miles and Trenton is mile marker 130. Amazing that theres a nine foot tide 130 miles up river from the ocean. I'll be back to there sometime today, trying something a little different to get one last nice fish. 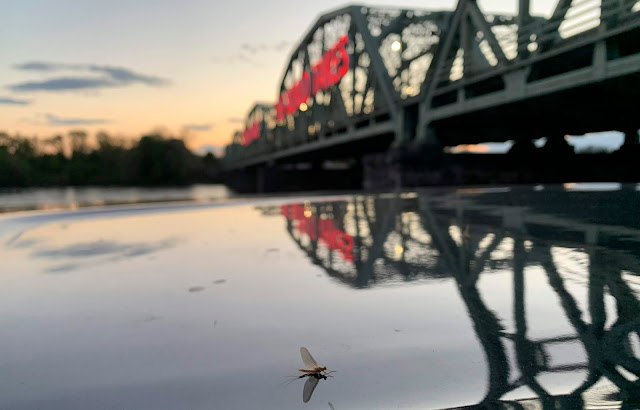 Posted by The Average Angler at 8:38 AM