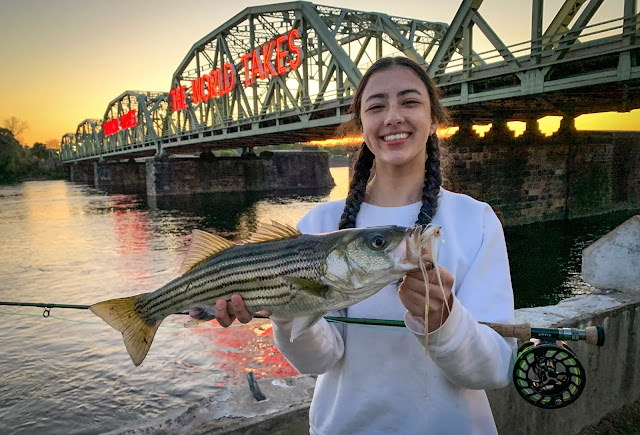 "Can I go?" It's better than music to my ears. I told Erin on the way there, "Don't expect much", "I didnt catch anything last night", and, "I think the fish have moved". That was okay by her, she just wanted to go. So I started with big long casts doing my best to air a few out around 80 feet. I had a good pull way out but missed the hook set. We moved up and down as the sun set behind the famous Trenton Makes bridge. 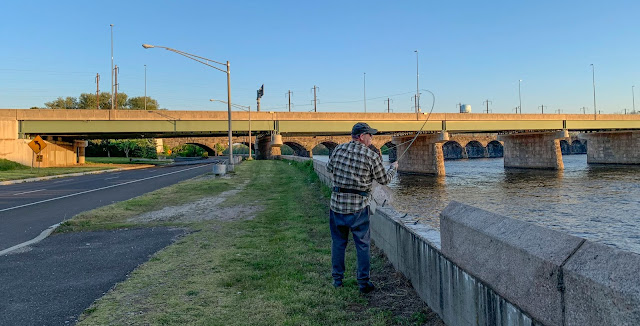 After I about blew my arm out Erin wanted to fish, a little closer in than where I was. So I made shorter casts and we played cast and strip. Well her plan worked as the fish were closer than I had thought, its good thing she came. We watched another turn on the fly, and then one blow up on it as Erin walked upstream with the fly dragging on the surface. It was cool to see. Sometimes you just have to catch a fish, because it can either hook them, or drive them away from the sport.....Winning! That is picture of her, something that is like timeless, how cool will that be in 30 years? Hope I'm still around to see her sharing it with her kids. 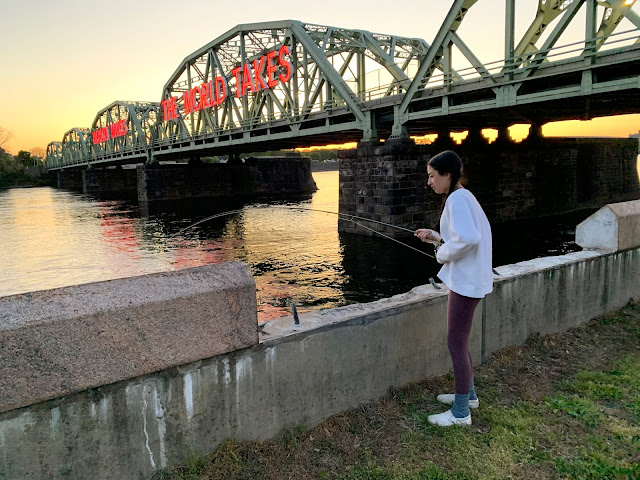 Lucky for telepsych I am able to some days work from home. Today was that day. I told Theresa I had to run to the bank....and I didn't lie, it was the river bank I went to. Wanted to see about dead low. Found some new structure, was able to scout some new spots. Didn't get a tap not see any interest. 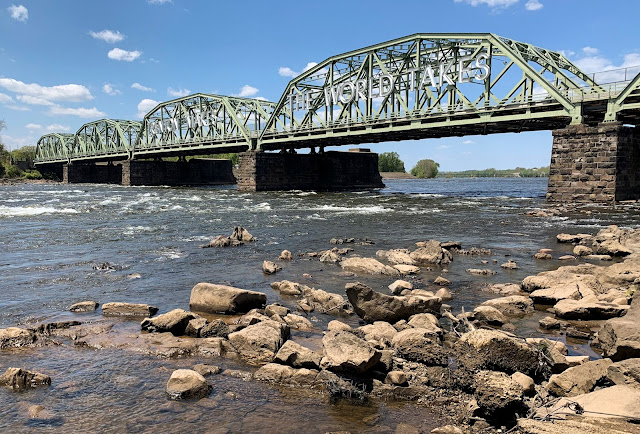 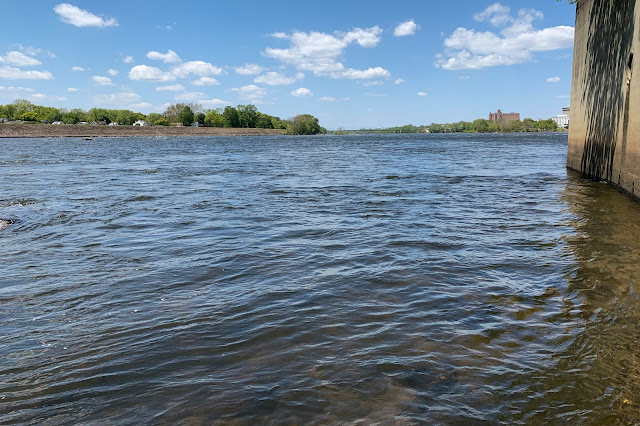 Posted by The Average Angler at 9:35 PM