This morning I woke and it was just 32 degrees. Northwest wind chilled things off this second week of May bringing some snow to the northern parts of the State. The Delaware River near me went from a high of 58 down to 51 and the wind was honking coming down the river.

Leif and Joe were on the beach, probably just as cold as I was out here and Leif put up the first keeper of the year from the beach. Yep, tit fell for the U.A.G. (the Ugly Ass Fly). I am not going to rant, but I have to. There is no logical reason why this fly catches fish all year....but it does. 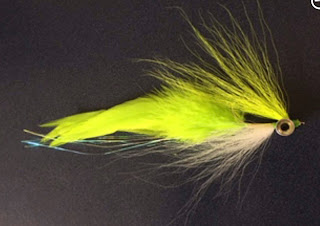 I decided to tie one up, or as I best that I cold and plan on going head-to-head with the original UAF soon. Now I know its not the fly that catches fish, so Leif with that annoying single hand strip must be putting the right action on the fly to consistently out fish anyone else or any fly pattern on the beach. Below is my take on the UAF. 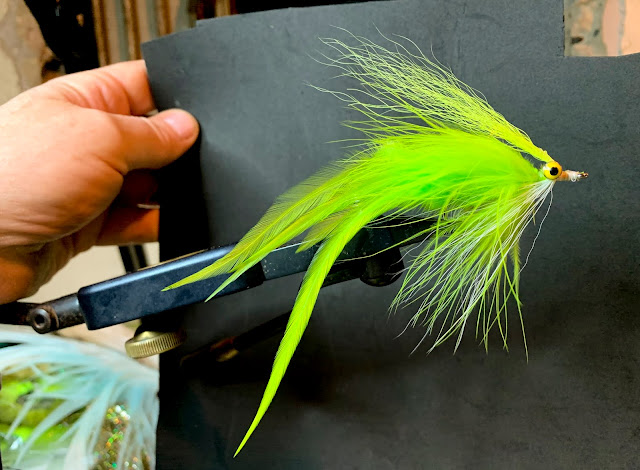 While Theresa was out at work delivering babies at the home, you know that country home birth stuff, I told her I was heading to The Home Depot. The lines have been long so I thought it was a good fib. Problem is when I got to the store 2 hours laster there were no lines, no more, just a ask and come on in. Whoops. I was so excited when I got down and got my feet wet I realized that I forgot my stripping basket.Do you know how it is to fish in moving water with a concrete and rock pile laced river underfoot? Not easy, that with the 25 mph winds coming down the river chute. 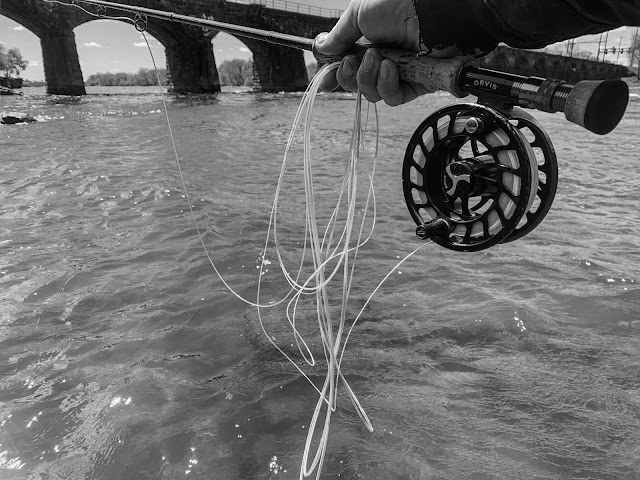 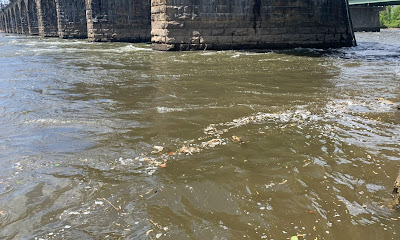 I have fished, and not posted the last few nights. Fished pretty hard. Not a tap. Got a small the other day but the has been it. I am in the search of big fish. They say out here, like most anadromous species, that eventually they are gone....leaving following the bait or a summer or winter vacation.

While I am still learning this water I am also trying to figure out when the fish do decide to head down river and along the Jersey beach before hitting the Vineyard or Block for the summer. Posted by The Average Angler at 5:07 AM