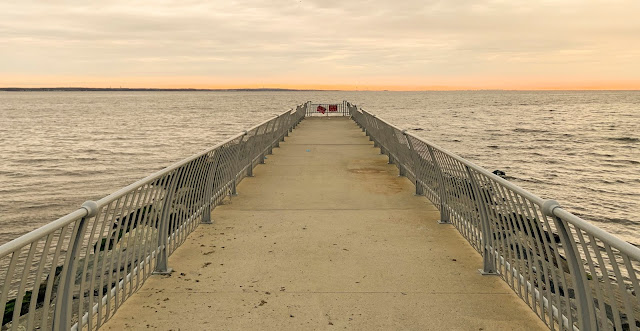 Took the drive down early to pick up Erin since I haven't seen her due to COVID-19. Left Trenton around 530 with a plan to hit the Shrewsbury River which is near Red Bank. A quick look at the tides showed dead low around 630 am, so I opted to go into the bay for a look. No one out on foot, only boats leaving Keyport and Morgans Marina and running right across the pond to The Reach or to the Staten Island side. Not one stopping or fishing the on Jersey side. Even the kayakers were way out. It was nice to be alone, but that made me think no fish were around. 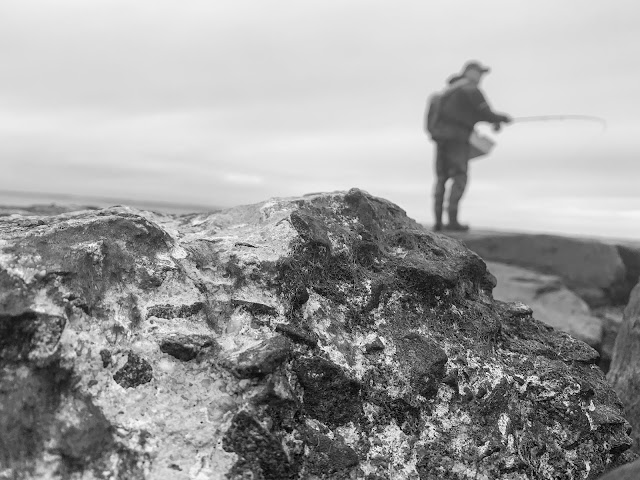 This outing wasn't just to catch a fish, although always nice, it was good scouting trip and the chance to breathe in some different air. When you go you'll find different towns handling fishing in different ways. The above usually busy parking lot is shut down. Some beaches are closed. Some cops are chasing anglers away while others let them be. 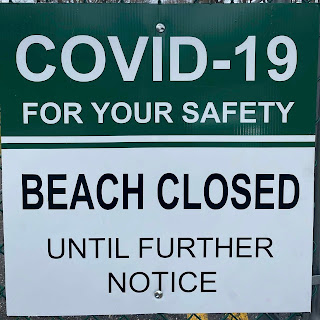 It's interesting to watch on social media how anglers are chiming in on "what to do" about fishing. So its late March, we've had a mild winter, and fishing is starting earlier. The bass have arrived in the rivers and bays the the trout are rising on the early bugs and will go after a streamer. While we have been told that social distancing is required and non-essential businesses must be shut down, we are encouraged to go outside in the fresh air, while keeping six feet apart, for exercising, running, dog walking ect......but no one who is an official is mentioning the word "fishing".

In regards to the Delaware River, on the PA side, here's the latest,

The Pennsylvania Fish and Boat Commission has received clarification from the Pennsylvania Governor’s Office regarding the classification of charter boat and fishing guide operations. The Governor’s Office has determined that charter boat and fishing guide operations (whether conducted by boat or on foot) DO NOT meet the definition of a life-sustaining business. Such operations are classified as a recreational industry and continued operation of such businesses is not permitted under the Governor’s Order of March 19, 2020. Operators may be subject to enforcement procedures if found out of compliance with that Order......"

The six pack and head boats are getting the same memos regarding operating a fishing business in the salt as well. Those that run charter businesses are feeling the crunch like those that have luncheonettes and restaurants. While they cant serve food to patrons, those customers can go home and make their own food. And, on the flip side, people that you cant take fishing can still go on their own as well. While anglers can't hire a guide or jump on a head boat, they can walk and wade or go out on their own or a friends boat to fish. I've even seen guides out there fishing in drift boats and ocean boats "just for fun". The marinas and launches, like Atlantic Highlands, are open.

Some are thinking this is unfair, and "fishing should just be shut down" for everyone. I see the justifications as "what would happen if you got into an accident on the way there" "what would happen if you had an accident on your boat".......what, what, what. What it sounds like to me are people wanting what every one else has. "If they can fish how come I can't"..... 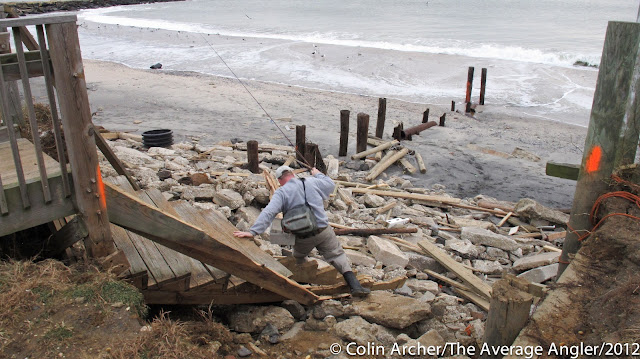 The last time this happened was after Sandy. Beach access was closed, in certain spots, but the ocean was open. The boats couldn't get out or due to the recovery efforts the customers cancelled their trips. Yes, it was a storm and not a virus, but at the end of the day, businesses suffered, but people still fished and we got through it, well somewhat for some.

Unlike the salt water posts we see on social media, with people out on the water and holding up fish, just wait until you get a load of the drama when someone starts posting images of people in a drift boat or posing with a fish they caught from the shore on the Upper Delaware......grab your popcorn and see if you can see the real motivation of the haters. Watch for the spins....they'll get you every time. 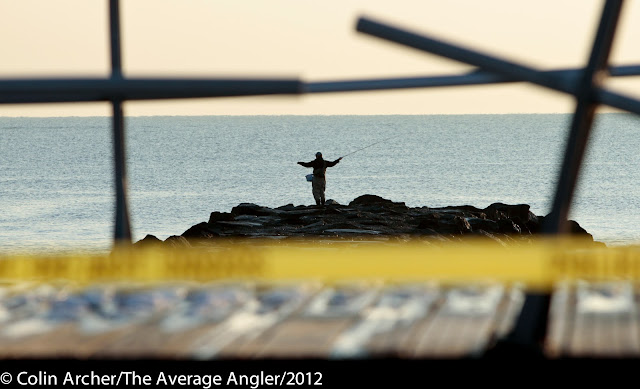 Ok, enough of that. So I spent some time fishing in the bay, made my way to Red Bank an gave it a go on the incoming tide. The winds were ENE and in the bay that put lots of cabbage at your feet. If you waded in you were fine. The only fish I saw was a washed up bunker. In the Navesink I did see bunker splashing about and birds picking off the sick, lame and lazy swimming near the top. 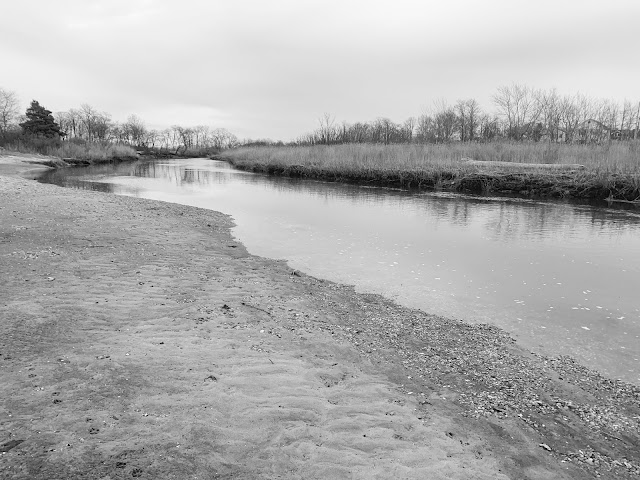 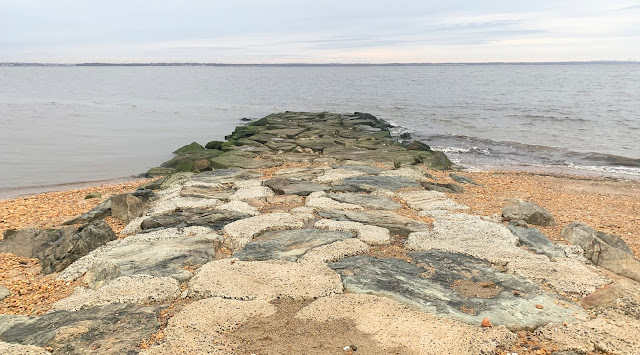 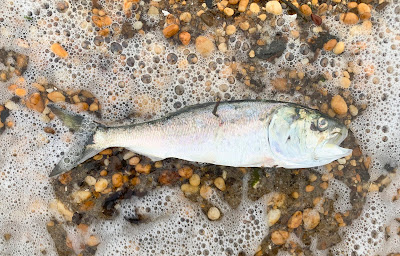 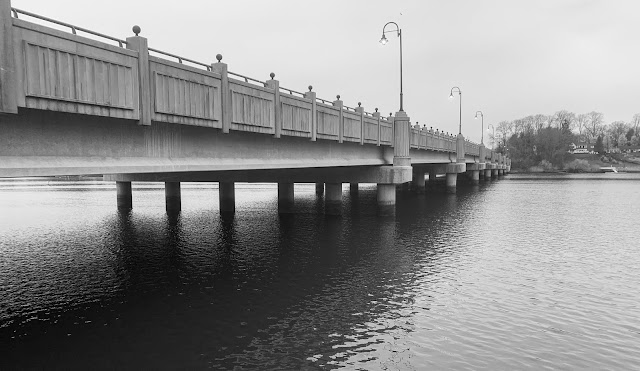 On my last stop I checked out front. Water looks great, clean and green, incoming water. No birds. Still below 50 nd this cloud cover and rain doesn't help. One nice thing while we sat in my truck there 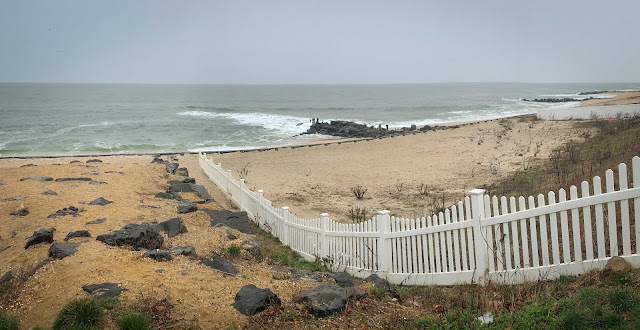 looking at the water was I picked up the phone and called Al. Al and his wife are down in South Carolina. He hanging in there, we talked some health, some life, some death, some politics. 'The last time I voted Republican was Eisenhower"......."What?". And, " I was in college in World War II"...."What?"  I guess I never realized how old my buddy really was.

What was interesting was, to me and Erin who were in on the call, he believes this is the worst thing he has encountered in his life. Not WWII, not Pearl Harbor, not Vietnam or the other wars, not Katrina or the other hurricanes, not the recessions.....its this virus that he thinks is the worst that has hit humanity in his nearly 100 years. That is telling. We'll see where this all goes. 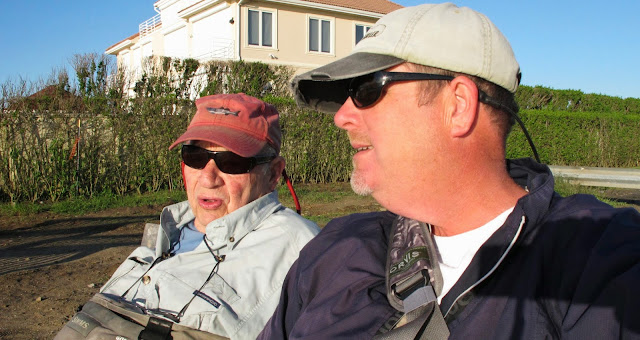 Posted by The Average Angler at 7:57 AM