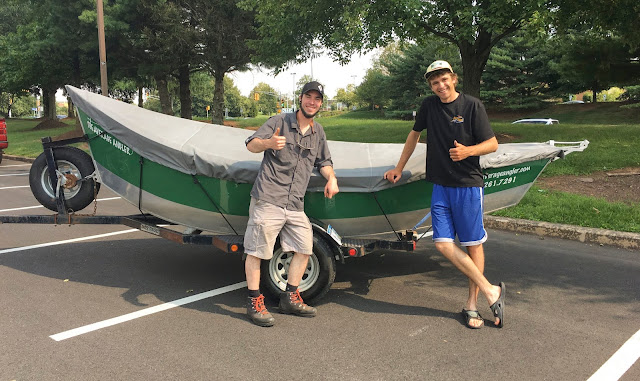 So here it goes. While up in the Adirondacks this week for a family vacation I talked it over with the wife and decided to sell my drift boat. Sad. Hurts. But, time to go. I'm not guiding on the Upper Delaware anymore, probably was delusional that I'd do smallmouth trips down this was on the Delaware, and after seeing anglers zipping around in aluminum boats with a jet engine on it that might be the way to go. 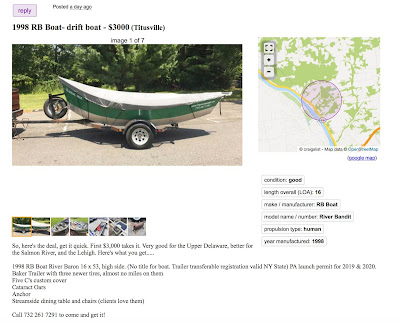 I posted it two days ago on facebook around 3pm. At 9pm I posted it on Craigslist Syracuse figuring the Salmon River area might get me a bite. By 10pm-ish it was sold. I got a call from Matthew who was eager to buy it, in fact he tells me he wanted to drive down at 10 pm and pick it up. I get it. I've been there. It is nice to see such passion. 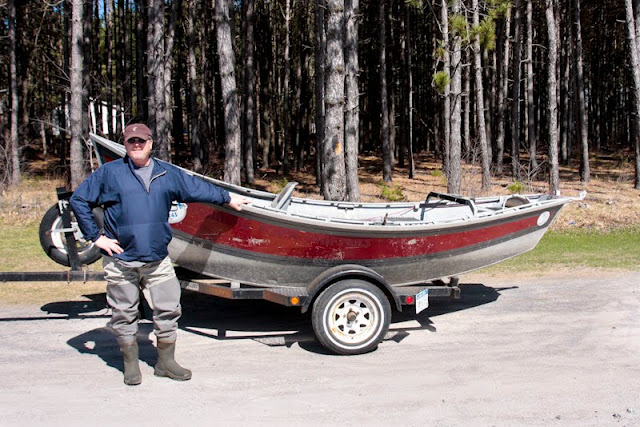 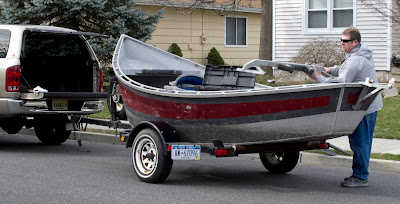 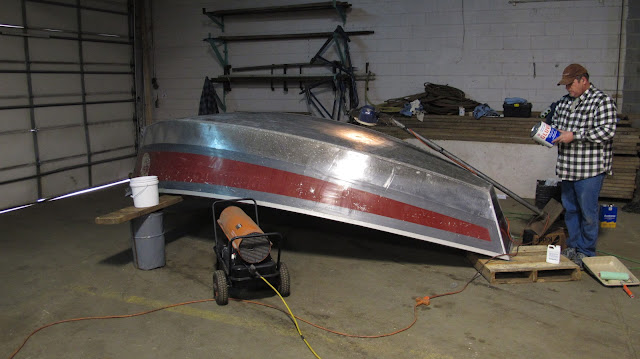 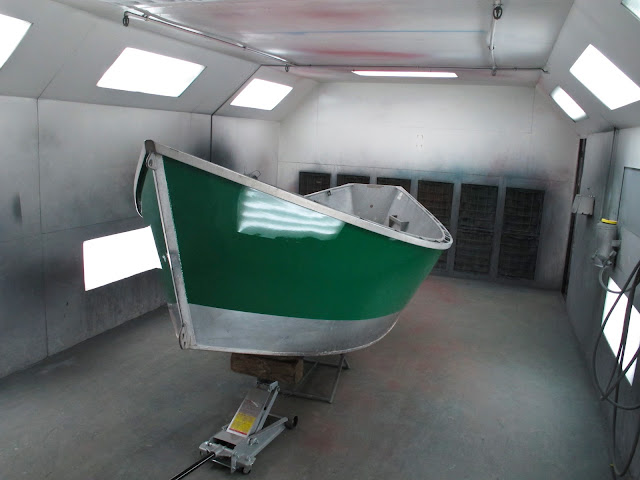 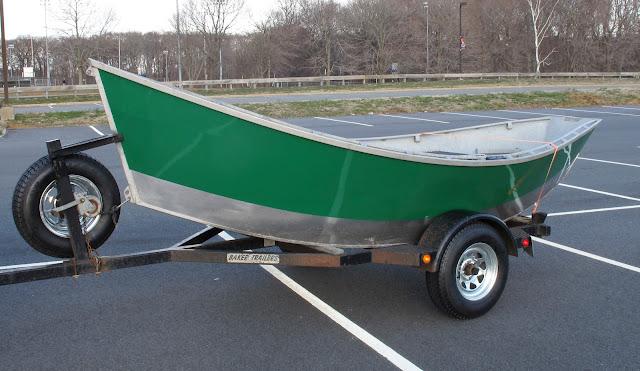 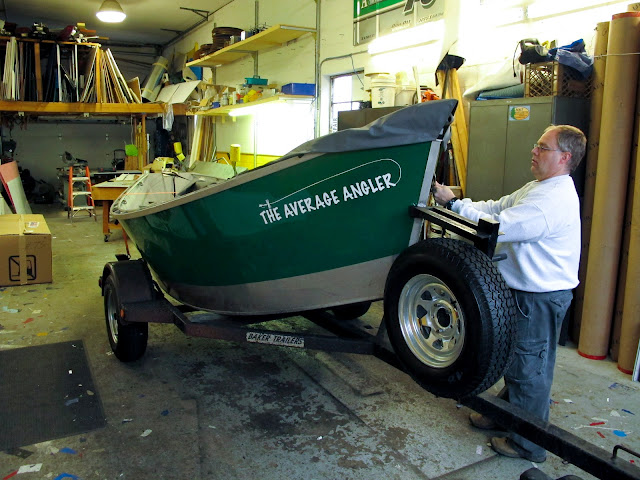 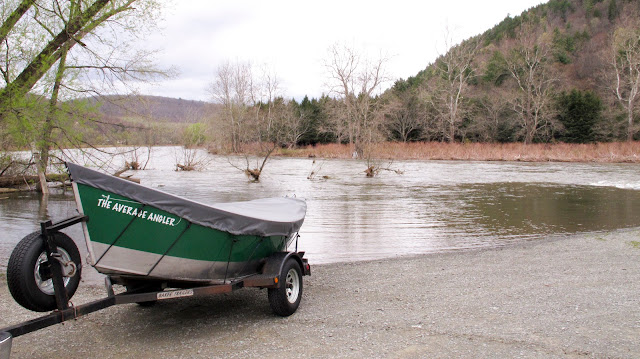 It was funny when I talked to Matthew late Sunday night that he was coming from, of all places, Saranac Lake. So on Monday at 3pm I met Matt and his business partner Ryan at the Bridgewater Commons Mall. They gave it a good once over and after a few pics they were on their way. The boys run Adirondack TrOutfitters offering guided trips in the Lake Placid- Saranac Lake region and will be expanding down on the Salmon River system starting in the fall. This boat will serve them well for the salmon and steelhead fishery. 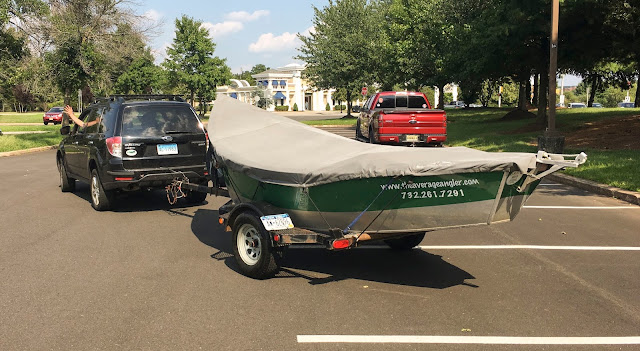 Not only is it ironic that the boat was reincarnated starting in Saranac Lake but will return there to begin its new journey. And even ore ironic is that we just returned from a week up on the Lower Saranac Lake. We rented a family owned house called the Mark Twain Camp, www.marktwaincamp.weebly.com, located right on the lake outside of town. We had about 20 family members up there staying at my sisters, that house, and a rental on Moody Pond. There was boat rides, cliff jumping, a great tour of Pauls Smiths College, where Lauren looked right at home, lots of 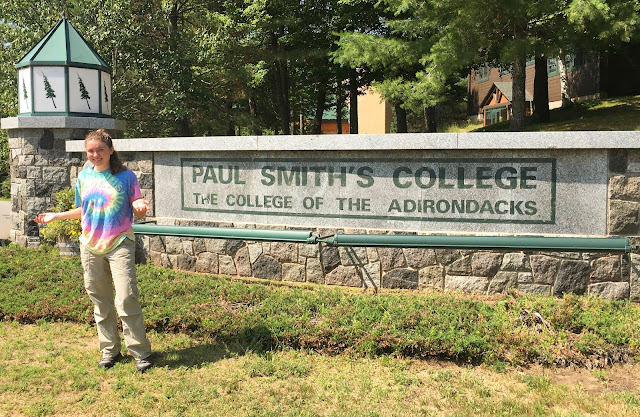 good food and drink, nights at Tail-Of-The-Pup, the Waterhole, swimming at the covered bridge in Jay, great pizza at the ADK Pizza and Pasta, too many nights at Donnely's, and hiking Ampersand and Baker mountains. While not a fishing trip, Erin fished almost everyday with the fly rod when ever she could.

So now its back to reality as the summers end is in sight. It'll be back to school for the girls. starting a new career path for me, and looking forward to the fall run, or at least being able to chase birds and tiny baits and anything that might be eating them. Before it does end we'll be parking the camper down in Cape May for a few weeks.....that should be another great adventure, only difference is, I won'y come back and putting the Jones Brother's boat on Craigslist. 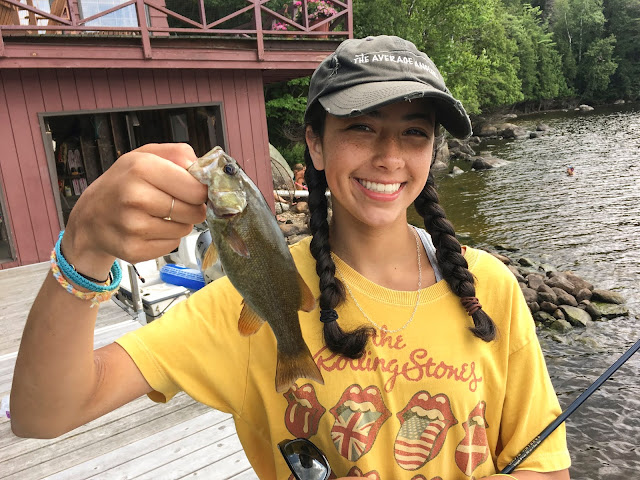 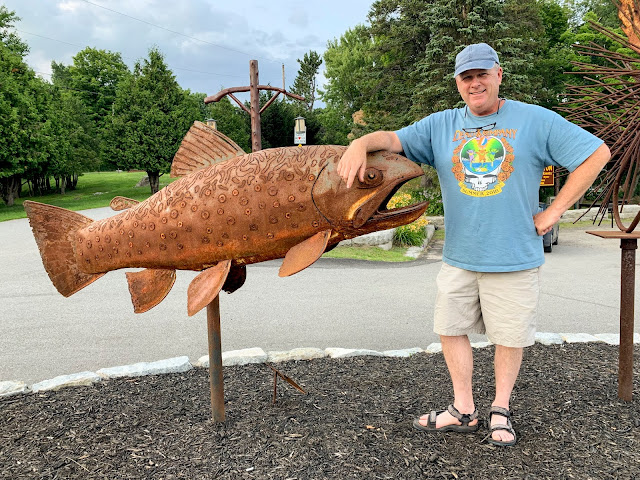 Posted by The Average Angler at 9:11 AM