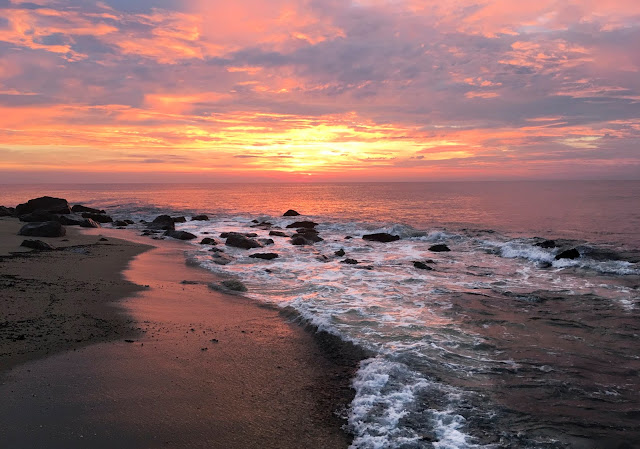 My super-duper Toro lawnmower of less than one year stopped starting so I had to return it to Potter's in Middletown, so......, why not leave early and fish. Was fishing by 430 am and didn't raise a fish on a popper or with the dark tandem fly set-up. 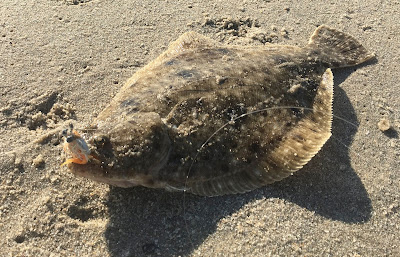 When light came I went back to my truck, dropped the waders and picked up the studded beach shoes, and jumped spots. I caught a few short fluke on the AMC before realizing I forgot my phone. After another walk back to the truck I headed down the beach aways planning on working from south to north with the littoral current and the incoming tide. I am really looking for some keeper fluke but yet again only fat ones 16-1/2 to 17-1/2 inch specimens ate the flys. 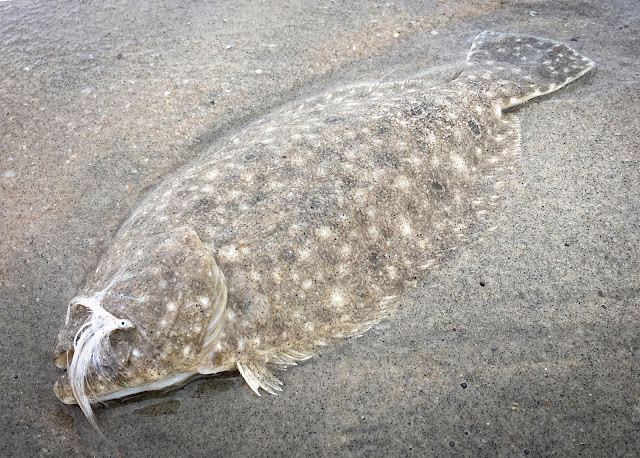 I caught seven total with the biggest ones coming on an albie fly I tied on when I saw some tiny, rain bait?, spray out of the pocket. There's been reports of Spanish mackerel and bonito on the beach so I thought it may have been them causing the commotion. These fluke are prime eating and will surely grow fast the way they are eating. Maybe by next month they'll all be keepers. Leif knew I was in the hunt for meat and was nice enough to bring down a frozen vacuum sealed fluke he caught earlier in the week. 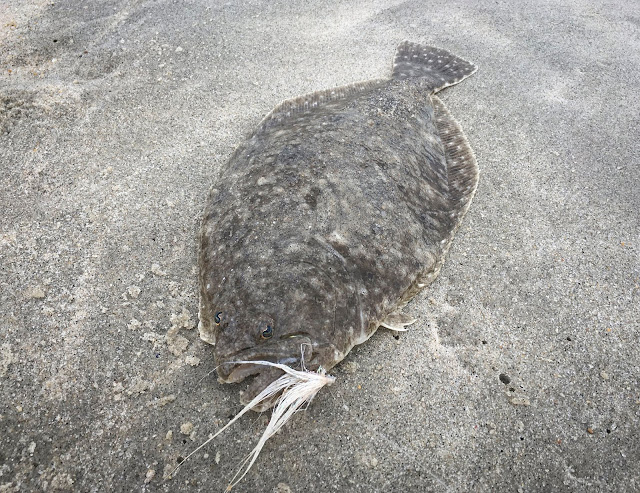 After dropping off the lawnmower I started the dreaded drive back. When I got to Trenton I looked over and saw it just about dead-low tide. That would give me a chance to scout the terrain and wet a line. I was amazed that I could actually walk out to just past the halfway point between NJ and PA. even at low, real low, there's still a lot of water around the abutments. 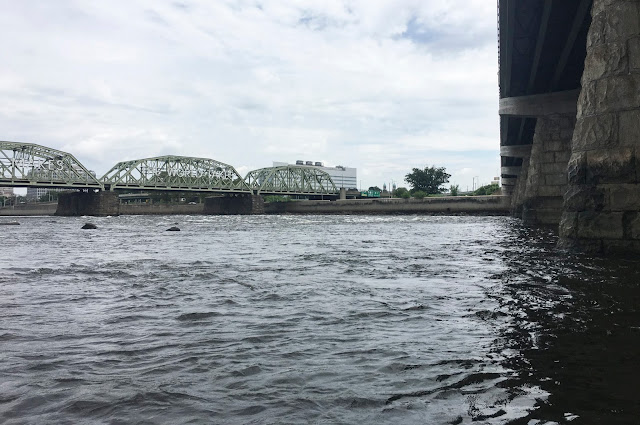 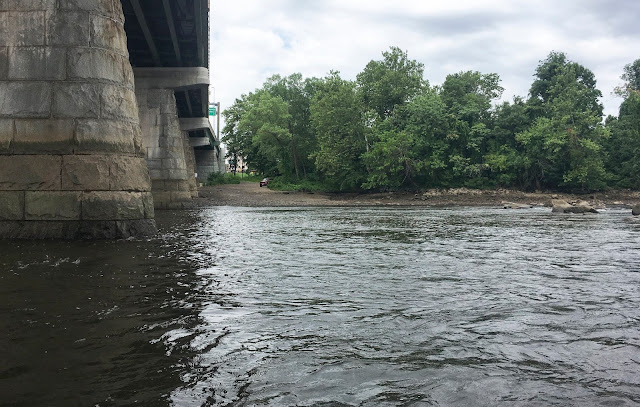 I had two little guys grab the fly as soon as it landed. These are such amazing fish. Recently at dinner my girls asked me what kind of animal I would want to be. I said a striped bass. Imagine going south and then north to spawn and then up to New England for the summer and then back south eating along the way. Only stipulation was, I could only be in clean water, wouldn't get caught by hook or net, not eaten by sharks, birds, dolphins, whales, and could live until I was 40 years old and make lots of babies.....they thought I was weird. 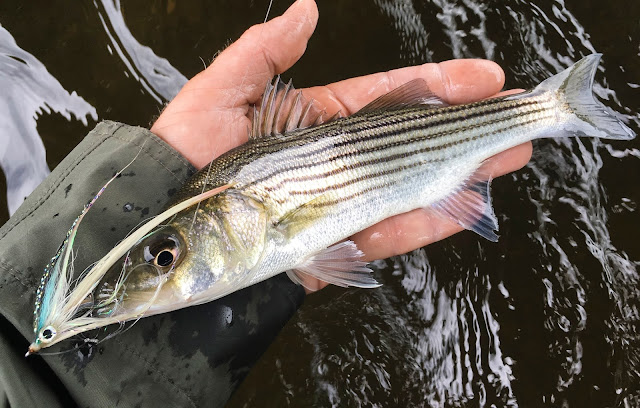 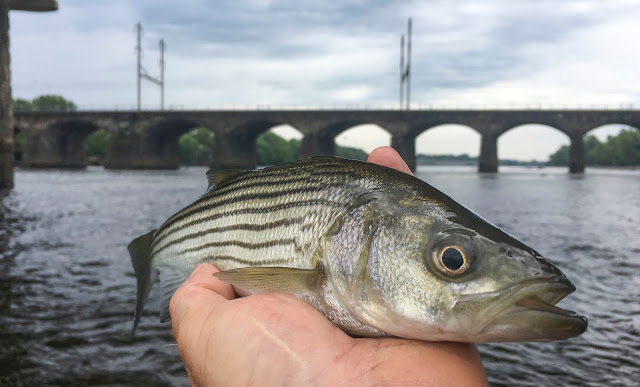 Posted by The Average Angler at 1:34 PM