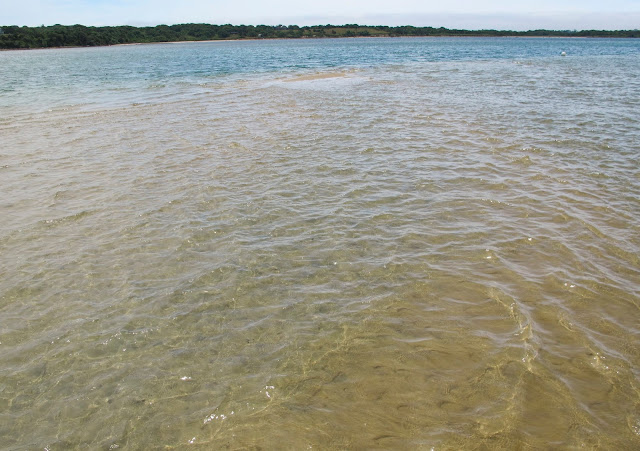 After a few hour nap I was up and ready to give it a go. With the wind too steady from the SE coupled with an incoming tide I knew it would be too tough to sight fish. I decided to go just as the tide started to flood hoping that I could catch an early traveler across the bar. That never happened so I relocated to another flat that is harder to spot fish but seems to have had more fish on it earlier in the tide. I stood on that ladder for a few hours and just before the muscles in calves locked up Gerry called......."Steve found fish". 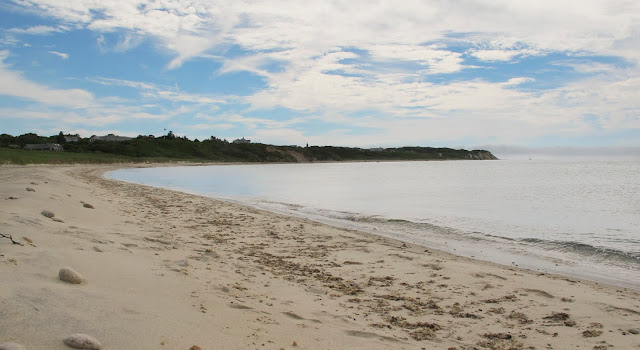 It was the 3/4 incoming tide when I got there and had the place to myself. Quickly I spotted two fish than three patrolling the outside of the grass. I threw the crab fly but it was more in desperation that a true sight fish lead and set up. A few bass came in close feeding in the clouds of sand eels but they were dialed in to that snack.

As the tide came higher Joe and Gerry, now nicknamed 'The Porgy Master" joined me and we each had a point to fish. I used a white bunny strip fly and had a handful of bass and a few shad. 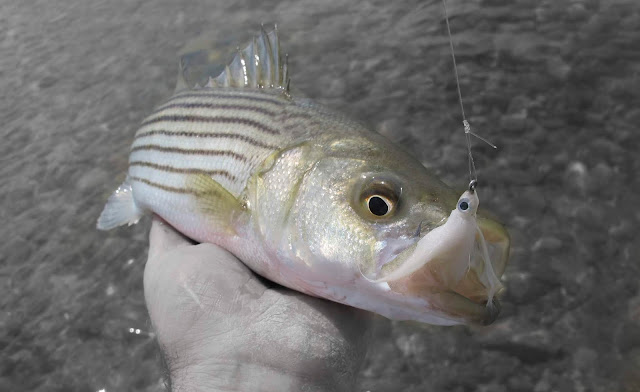 Every time I looked up I saw Gerry hooked up to either one of his dozen porgies, his dozen shad, or his dozen small bass. As the sun started to go deeper west I dreamed of sight fishing one more time in the pond. With the guys set with a ride out I looked at my watch and it was 415 pm.....maybe just enough time to see one more. I took the ride and when I got there I saw the water way, way up and I knew my shots were going to be just about till. I set up the ladder and the shallows looked like the deep end of a pool. I did see three fish but had no shots so the The Average Crab will have to wait till next year to be tested and proven or tested and failed. 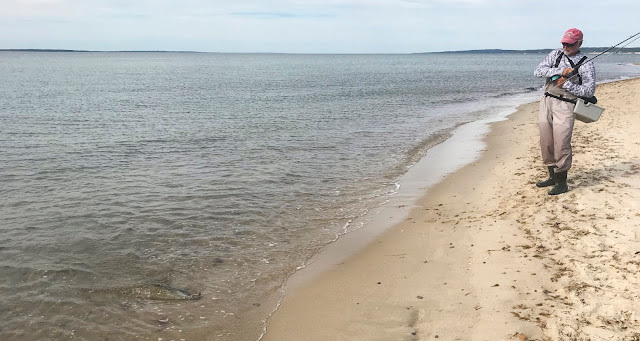 While I was on my mission Gerry found a nice fish taking a sand eel fly. It was the last supper night and Joe cooked up some nice steaks and it was a meal filled with fish stories and reflections from the week. Gerry had the numbers, I had the big fish, and Dave, well, he was spin fishing so it doesn't count..... 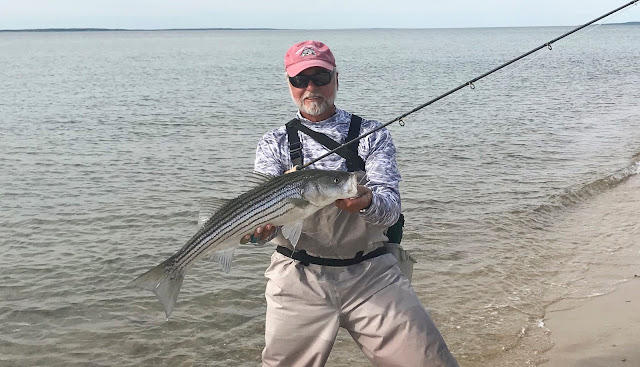 Posted by The Average Angler at 11:45 AM