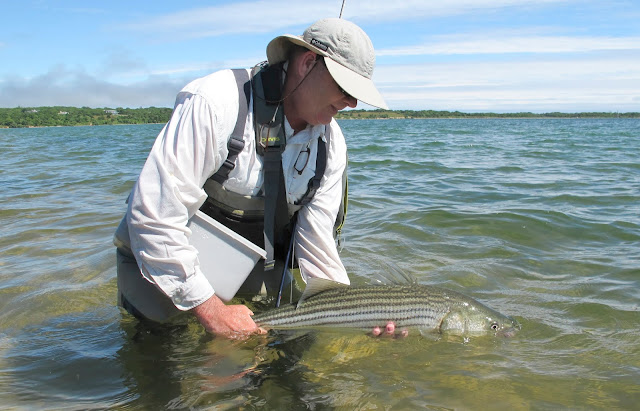 My early plan was to hit a new spot but I found out a resident parking pass is required. With the rental we are good for one pass....and we have four cars. So I had Gerry drop me off and I took a walk out onto the flats. It was mid incoming tide and it took about another hour until the fish came up onto the flat. The fish were there in good numbers but I couldn't get them to eat. As the water became too high to sight fish I pulled out and headed down beach to where I thought I'd see more fish in the shallows but no one was home. 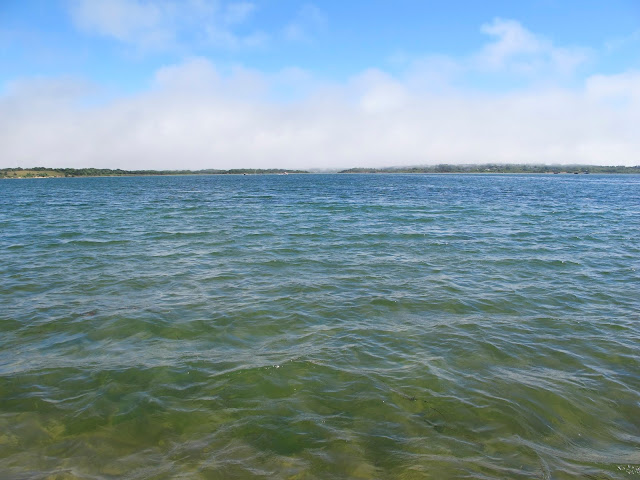 I grabbed my ladder and made a position change one of about a dozen I did this afternoon. Saw a few more fish but with the clouds dancing in and out I couldn't see them in enough time to set up. After an hour balancing on the second to the top rung of the ladder I followed Gerry out and we headed down beach. Here's where the fish story starts. I was ahead of Gerry and my fly line had grabbed a horseshoe crab shell and empties out of my basket. I walked back and just threw it in figuring I'd take a minute to gather myself when we got to our spot.

Gerry was carrying my cooler and I the ladder which I wanted to set in my spot where the day before I had seen good numbers. As I planted the legs I look into the water and a good fish is moving left to right. I got up on the first rung, made a 15 foot cast, saw him eat, and then take off......until the line stopped. 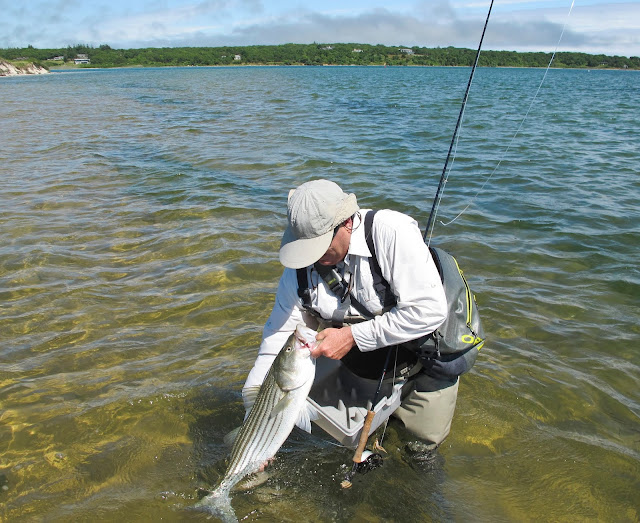 When I "threw" it in the basket it found its way into a know and stopped two eyes short of my fly tip. Gerry had just turned to walk to another spot and I called him back. I headlined the fish while Gerry undid the know and handed me the rod back. I was lucky he was there and glad he was able to get a few shots of me and the fish as single fish pics get boring. 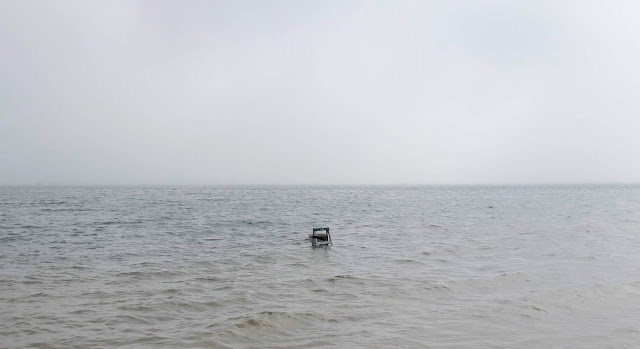 The water was still coming in, even after the tide charts said it shouldn't and between the wind, clouds and fog front seeing the fish was hard, but they were there. We had an east wind that picked up as the day went on and it dumped all kinds of eelgrass and stuff right at our feet. Gerry went to work the channel as the tide ebbed and I walked waist high along the spit as the tide ebbed planting the ladder to see the picking fish. In total I probably saw 50 fish today, had a bunch of looks and refusals 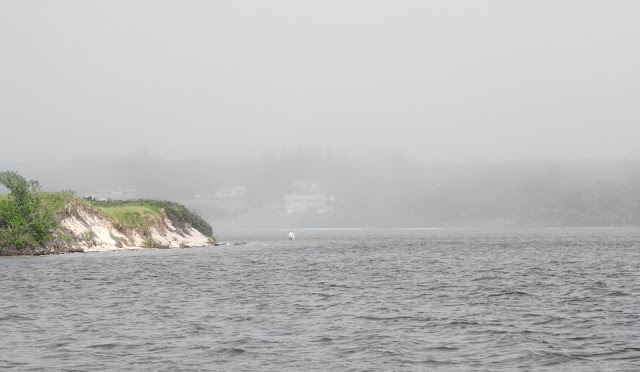 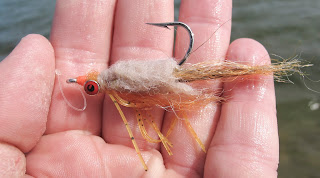 and two eats both on this below fly I tied up on day one after catching the first few fish on a Leif Peterson crab fly. It just feels better when you get them on your own fly....not that much better but a little. The second and last fish was really cool because he was a long cast and a long follow and he finally ate after I stop retrieving. There's nothing like sight fishing for striped bass. I'm hearing from the guys that back in the day Dogfish and Lobsterville would give up 15-20 pound bass during the day while sight fishing. I hope one day to see that. 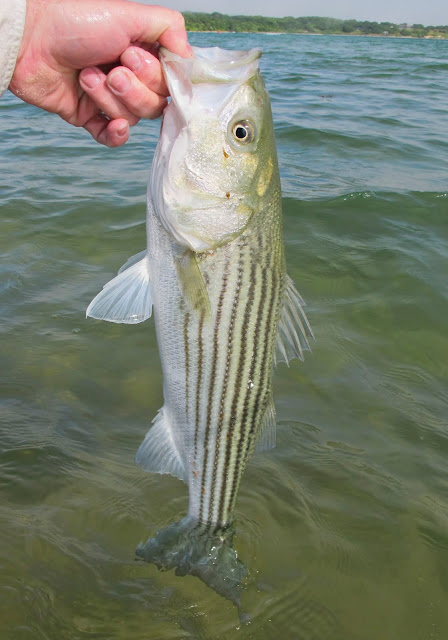 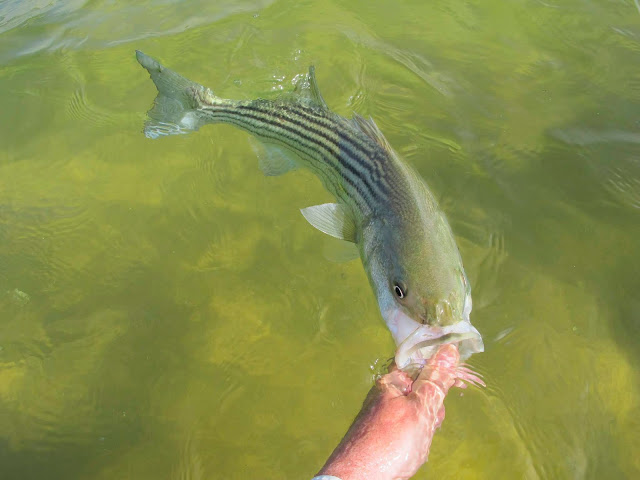 Posted by The Average Angler at 7:04 PM