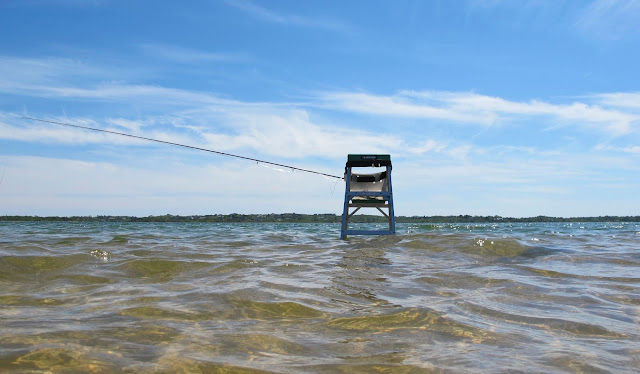 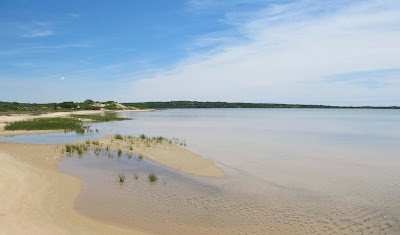 Just about perfect day on the Vineyard. The water was flat but did pick u[p which made sighting them hard in the big water with a ripply top. Out early on the start of the incoming but it didn't get going till the end of the flood tide when the fish, a lot of them, started to come on the flats looking to eat. Problem is.....what did they want. I saw clouds of micro sand eels and the occasional crab swim 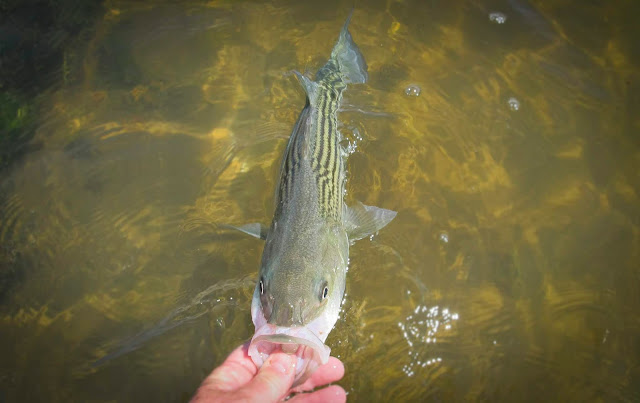 by but that was it. I threw the bag at them and was lucky enough to land 5, dropped a big that I had one on a for a bit, and the prize of the day was setting up open a sea robin in the shallows that ate.
Today I saw more fish than I have probably combined in the last six years, and there were some bruisers mixed in. I had more refusals then I can count. I tried sand eels flies, bunny flies in black and white, micro Semper Fi's, crab flies in various assortments, and then a few just plain old ugly flies. 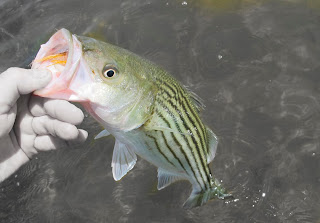 One of the coolest things I saw today was watching big fish follow the hooked schoolies in, every time. Hopefully tomorrow is more of the same....just don't know what fly I'll tie up tonight for tomorrow. 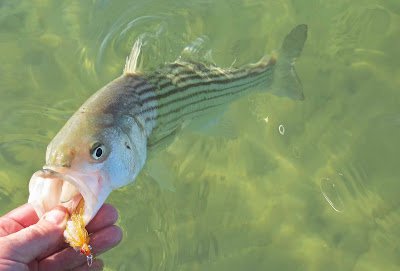 Posted by The Average Angler at 6:12 PM