For a few days I introduced my wife to fly fishing. We stayed at the West Branch Anglers Resort and had a riverfront cabin that gave us the opportunity to either fish or sit by the water sharing a beer and making memories. Since it was a short trip we floated the main stem on day two. WE PUT IN AT Shehawken and took out at Buckingham. The water was low(er) and the bugs and fish slow so we took out at 5 and hit the WBA to catch a spinner fall before heading to the restaurant for dinner. 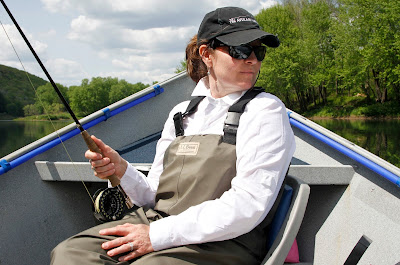 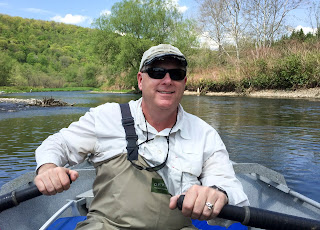 On day three we met up with my friend Bunky who is back up on the river guiding and working for Dream Catcher Lodge. We decided to hit Sam's for some sandwiches and then hit the Beaverkill where the fish might haver been a little easier for Theresa to get a chance at. She hooked two fishing the tiny water above the bridge. We had a late lunch at the Cemetery Pool waiting to see if the March Browns or Drakes might come off but they didn't. It was a quick ride home without traffic and a nice introduction to a newbie to the Upper Delaware. 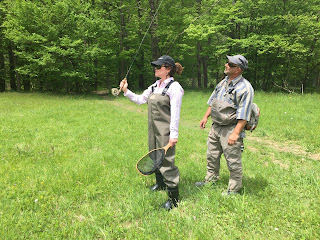 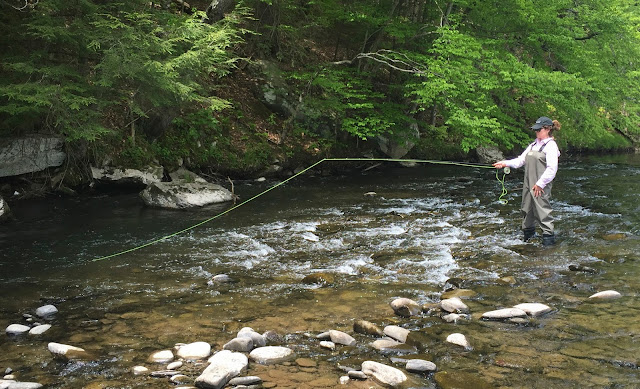