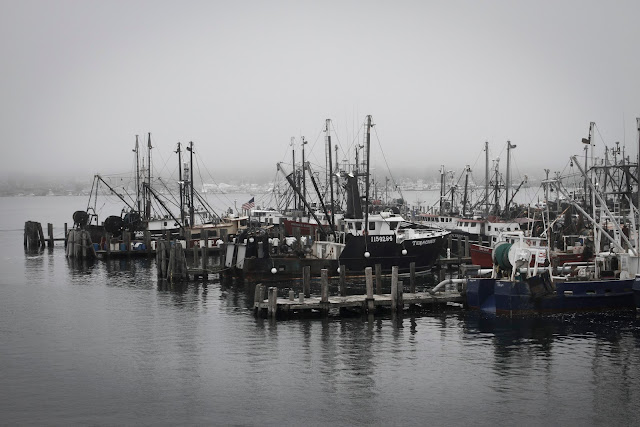 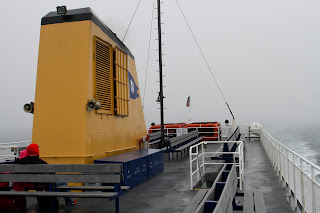 Last week it was the Delaware for trout this week is was a few days in Block Island for stripers. I got a call from friends Joe and Suzanne who had a bedroom open for a few days during their week at BI. We were able to re-organize our work and kid schedules and jumped at the chance. Our 72 hour trip felt like a week. Day one we were on the first ferry over from Pt. Judith at 9am and took the 3 o'clock ferry home on Tuesday. In between we had good times, good drink, good food, and one night of good fishing. 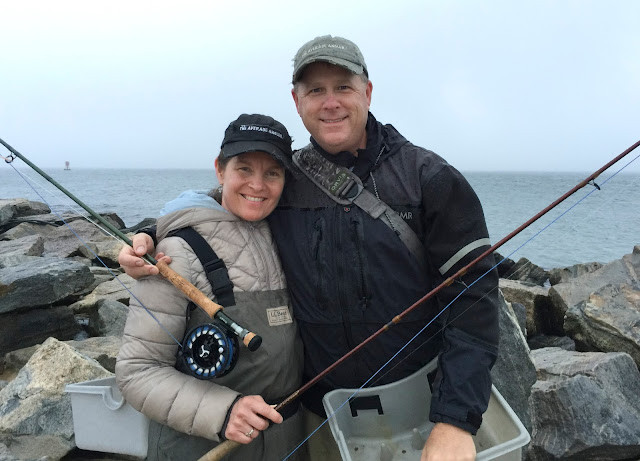 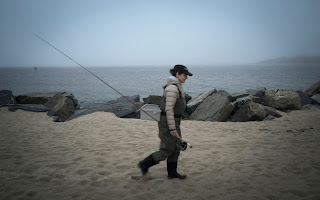 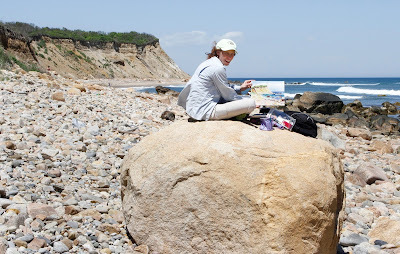 Day one was overcast and then it monsooned when we were just getting into dusk fishing on Charlestown Beach. Day two the wether was beautiful but the wind honked on day, in fact I think it did so all week. Joe and Suzanne had a boat trip scheduled but it had to be changed due to conditions. On day two we settled in at the Coast Guard Station and hit the channel. 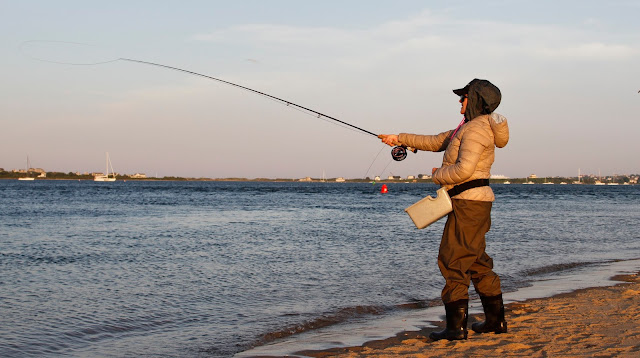 Theresa did nicely on a few casts and the above shows promise. We did "share" a fish in the dark that hit a sand eel pattern, I hooked it, she brought it in, but balked at holding her first striper. We left before the tide started to ebb because our guests were going out on the boat at 430. I decided to return and fished from 1130 till 230, landing 7 one that was just under 30" and one just over. It was a great night and is got my juices flowing for my Vineyard trip coming next Sunday. 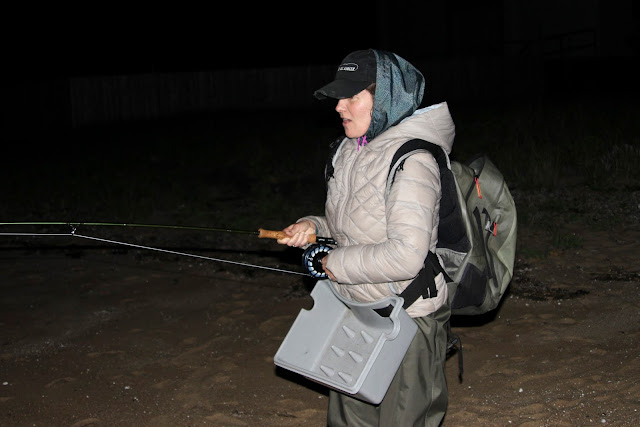 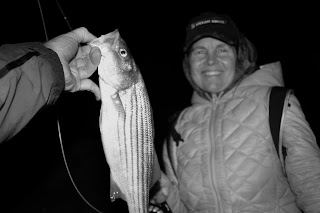 This is what the bass were eating while I preferred the hot lobster roll sandwich from Deadly Dicks. 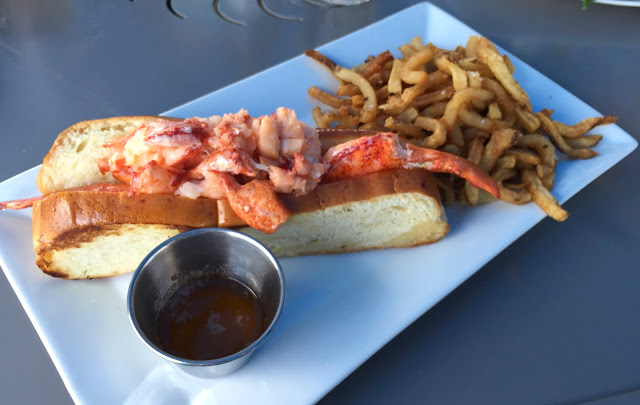 Posted by The Average Angler at 5:52 PM