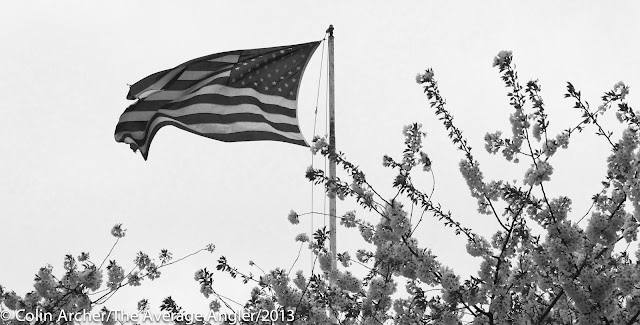 Got this shot of the flag in Allenhurst on my way to the beach. I am sure it was just as windy where you were today as it was for me. Steady ENE wind at 25 with gusts to 30 created plenty of white water but made fly fishing, well, interesting. Actually if you picked your spots right you could make good casts and work the water from the beach out. Gave it a short go in the morning on the outgoing, where I felt confident in hooking up, and then a little in the afternoon on the incoming, with a more sporty weather around. Didn't get a bump during either session. 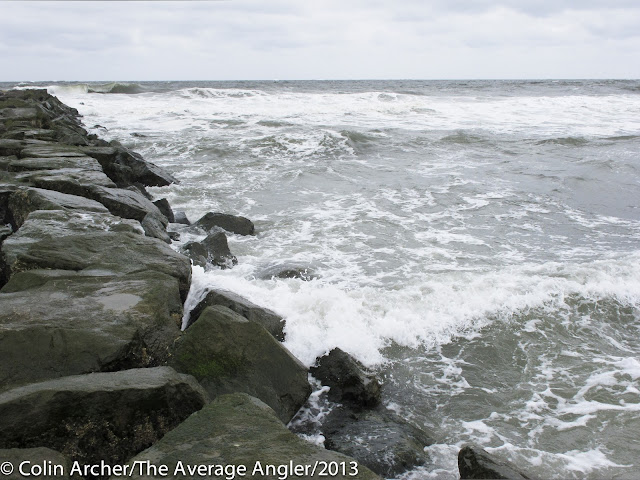 In between I went home and tied up a Clouser variation (sorry Mr. Clouser) trying to change it up a little. Well, "If it ain't broke, don't fix it". I tied in some sparkle hair, artic fox, didn't tie in the bottom bucktail behind the eyes, and I'm sure something else non-traditional. It was hard to track in the water as it was off color, but it came back fouled a few times which is enough for me to scrap this pattern idea. I did like the red throat tied in, which I don't see on many Clousers.
There's been the start of steady fish being caught off the beach, and the bays and rivers are giving up fish as well. I've seen that bluefish are starting to be caught so make sure you keep some heavy mono or wire with you when you plan on getting out. 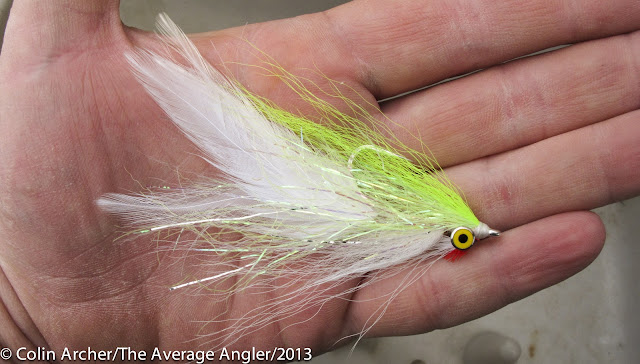 Posted by The Average Angler at 3:16 PM