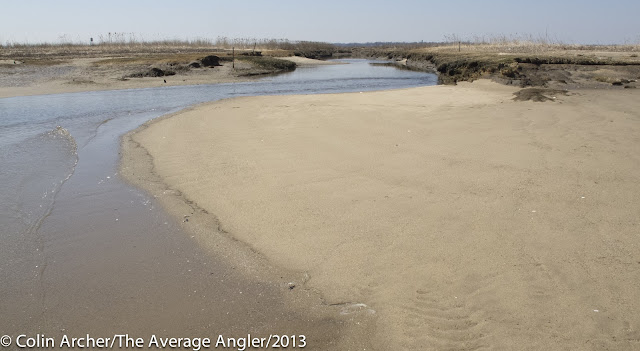 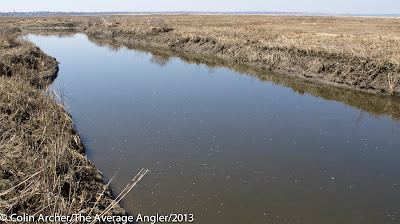 It was nice to see the Raritan Bay get up above 45 degrees today, with the low tide noonish the flats had a nice chance to warm up. I am sure the anglers that hit it after 4 o'clock found bass looking for food in a much more comfortable temperature range after the sun had a chance to warm things up a bit. Even though the tide was low I still gave it a go throwing small baitfish patterns into the low and turbid waters of the creeks and mouth to the bay. There's been some talk of some nice bass starting to get caught in the bays and rivers, just in time for me to jump on a plane for a much needed break from reality. I'll be holed up with the wife at Disney's Wilderness Lodge for the next four days. We probably won't even make it into the parks, just sit in the sun, jump in the pool, and drink too much wine.

Posted by The Average Angler at 9:33 PM