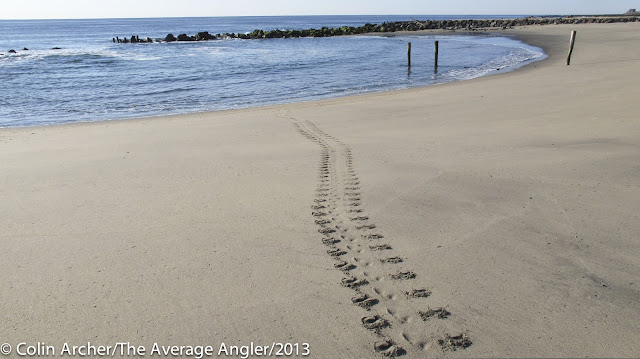 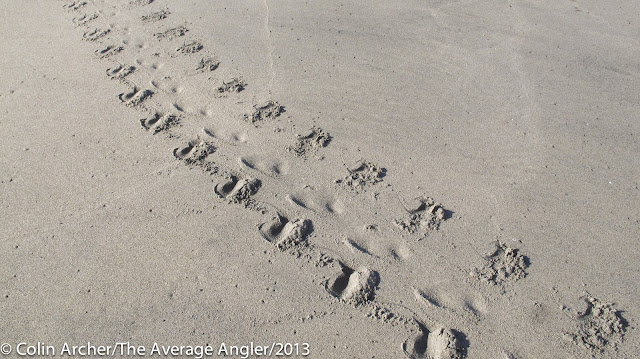 Took advantage of the low tide to get out front and scout the new beach structure prior to the start of the spring arrival of both baitfish and the predator fish that chase them. Took a bunch of images of the beaches and groins over half a dozen towns along the shore.
As I approached one beach I looked around and found an interesting set of "tracks" in the sand. I focused in and followed them from the waters edge up to the rocks and bulkhead. I searched around first seeing if I could find the source but didn't locate one. After taking a closer look it appeared to be turtle tracks, although a friend saw the pics and said they might be seal tracks. If you have traveled to Florida the sight of turtle tracks is common as Loggerheads in big numbers make their way up onto the beach to nest and lay their eggs. There have been documented cases of atlantic loggerheads depositing clutches of eggs in nests on Island Beach State Park.
I took several images, and even a stool sample, in case this "find" is of interest to anyone. I have sent this link to the NJDEP and Marine Stranding Center for their info. If you know anyone who may be of interest of this please pass the link on to them. 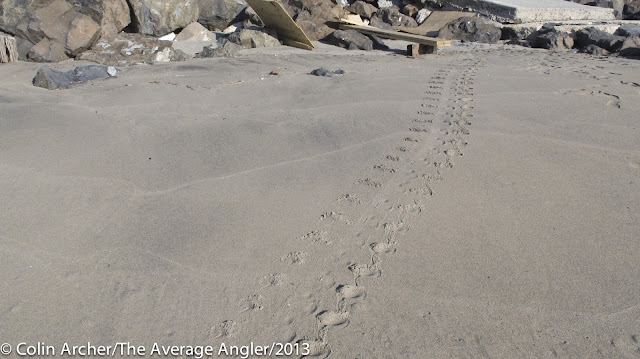 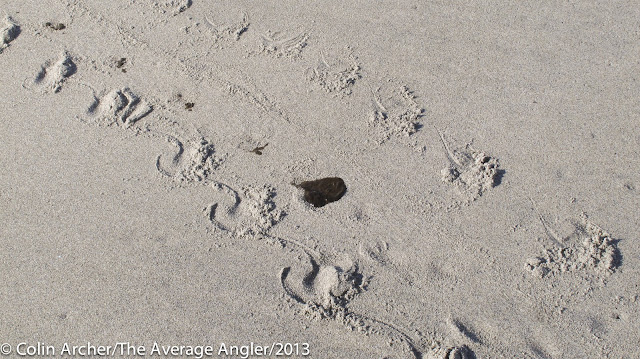 Below is a link to guide to turtle tracks-


A Beachcomber's Guide to Turtle Tracks from Michael Coyne on Vimeo.

Posted by The Average Angler at 5:11 PM