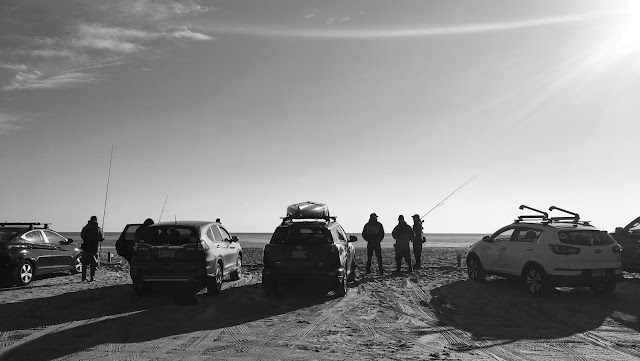 After last nights disappointment I decided to not continue the self harm and go early this morning. By the time I dropped the girls off and got down it was about 845. Heard there was a flurry of a bite after sun up, mostly small fish on metal out a ways. I did see a guy catch two shorts and as soon as he did he was joined by a few guys on each side of him. 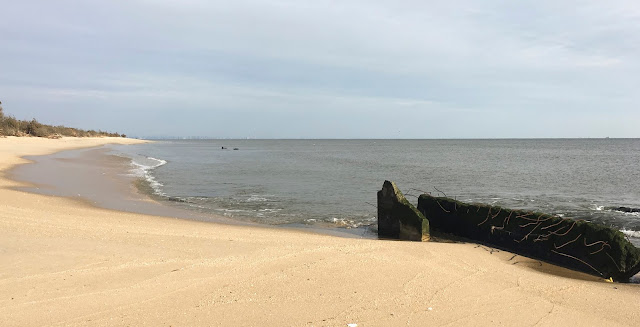 I stopped by a few places and even dressed when I saw a bunch of gannets diving in relatively close but I never wet a line. Today was half a school day for the girls and pick-up time started at 1130.  Most of the beaches I was on looked like the below picture. 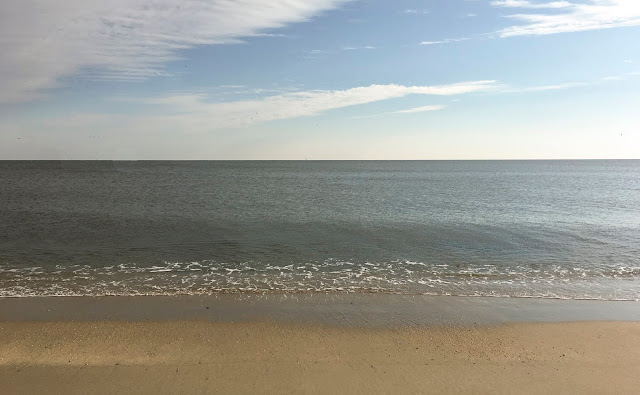 My buddy Joe went in the afternoon and found one bass and a half a dozen shad. He said there was nothing showing as fa as birds or swirls but the bass were there. Tomorrow is Thanksgiving and the record cold is about to arrive. I wonder what that means for the start to the rest of this years fishing. I never said the fat lady has sung, but she is warming up. 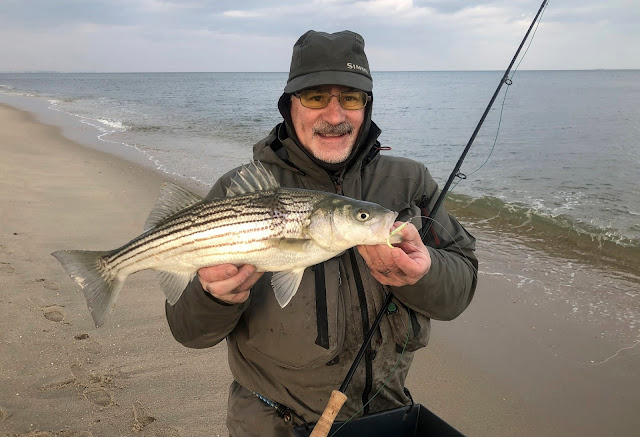 Posted by The Average Angler at 9:40 PM