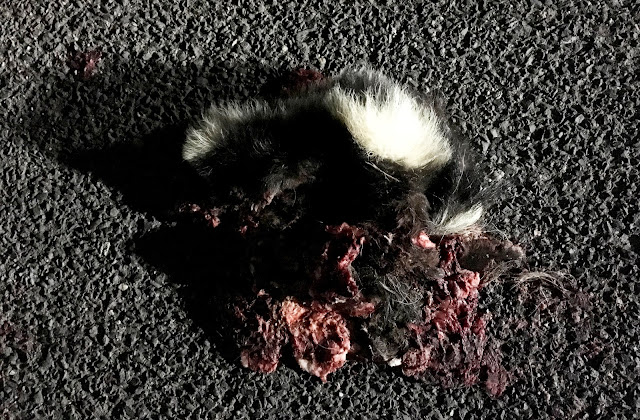 If this isn't a sign then I don't know what is. Got down a little after 8pm which was about 2-1/2 hours into the lazy incoming tide. 36 degrees. Wind not to bad NW. Cold. I was so bundled up that I almost fell over one time while I was casting. 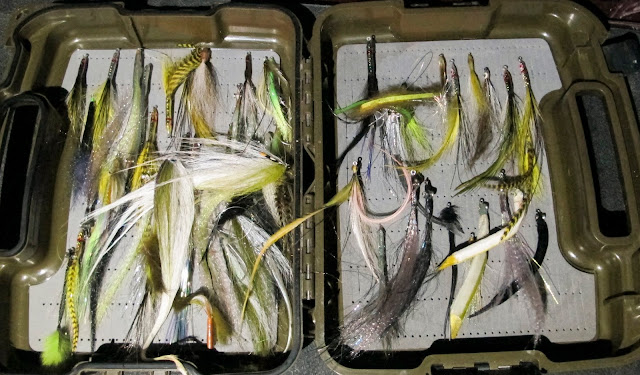 I was thinking I could find some bass on the flood tide eating sand eels and looked through my selection and hoped to pick a winner. I set-up a hopper/dropper set-up with the sand eel trailing a black and purple Deceiver. 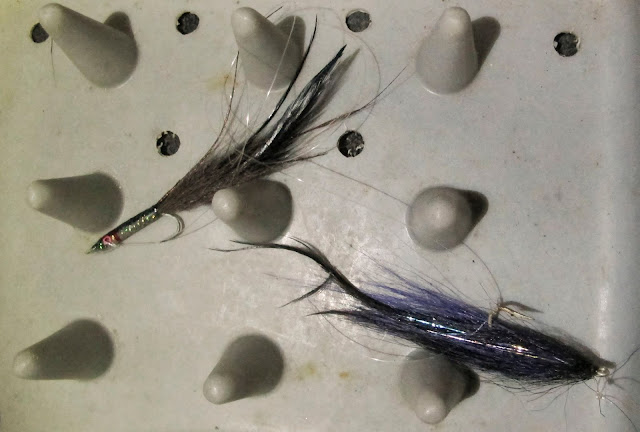 I fished a few good spots one stop #1 and then made the move to spot #2 and fished just as hard there as well. With each hour that passed I hoped the tide would bring the bait and fish. Both never came. So I found he skunk as they say and then just to solidify that I found the real skunk on the way home.....nail in the coffin.

On Thursday the Shore Catch guys found them good and I think it's that Manasquanish and south bunker bite that has been going for a few weeks. Snag and drop, Mojos, Maja's and trolling and jigging seem to be the ticket for the big fish. I wonder what will happen the next few weeks. I thought the sand eels would be around and I would catch at least one just for hopes sake. 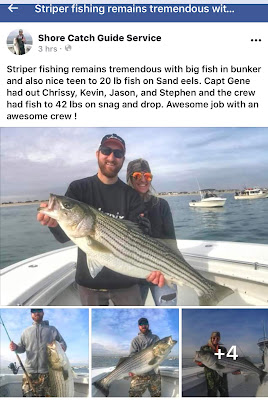 Posted by The Average Angler at 7:40 AM