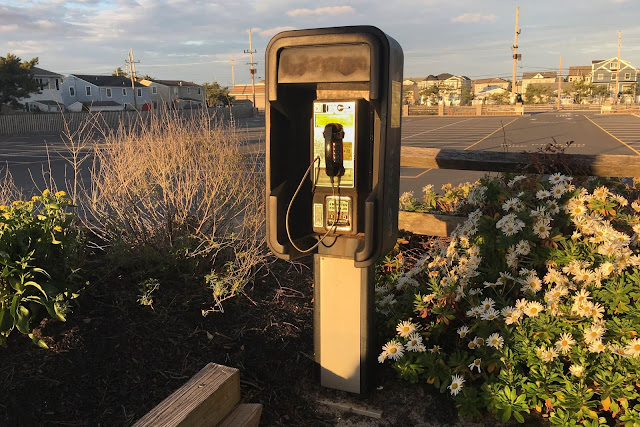 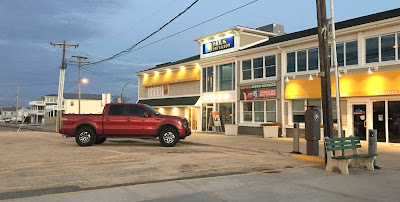 Had to be at the office at 930 am so I took the ride early and got to Seaside by 6 am. I knew the conditions wouldn't be perfect, or near perfect, and I was right. They were basically unfishable. Cranking wind N-NE and off color to chocolate milk water depending what stretch you were on. I didn't even dress. 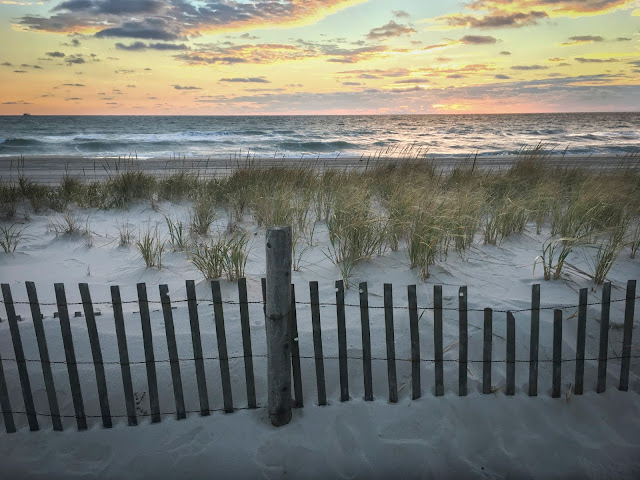 I know there were fish somewhere in the mess and either an Ava, a Bucktail, or a clam or chunk would get it done. I drove north and found the birds picking at a doggie on the beach. That was about it for things to see. No wait. The coolest thing was seeing the picture at the top of the page. What is that? Remember those? Imagine picking up that phone during a blitz to call....another landline to let them know its going off right now. Guys using cell phones today still can't get there in time. Oh, how I hate technology. 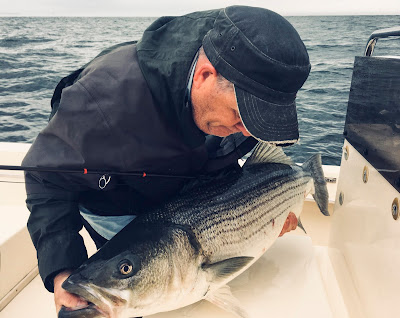 So many of you know I love to predict things. After being wrong more times than right you'd think I'd try something else.Yes, I've had a few banner days this fall on albies and then big bass. The intersection between bait and fish crossed and I happened to be there. But consistently this fall has sucked more often than not, even if you worked hard and put your time in. Hey that's just fishing.

So, my prediction went, and goes, something like this. It's over.....ok not that bad. No big peanut push this year.....I keep hearing "they're still in the back". Bullshit. Too many moons and rains have come and gone and that crazy peanut blitz of recent years past isn't going to happen.

Big fish blitzes on the beach......maybe. But probably not. It will be a schoolies after schoolie late year, after most guys have stopped fishing, on the sand eel bite. I am predicting another 2011 in the Seaside area and IBSP, but this year its mostly small fish and not the keepers like that year, and waaaay less numbers. Why? Because 2011 was a year before Sandy and many things along the beach have changed, and since then we've got beach replenishment to thank for ruining the beaches.

The boat guys will win this year, and the trollers and jiggers will catch most of the fish ( usually do) leaving the fly guys and girls driving around looking for birds over sand eels with bass on them. And no bluefish....forget them. Boat guys will find the herring and will be freezing watching he gannets dive as they troll around and then out head for cod or ling or whatever they fish for late.

So, like me, we will all keep fishing.....and hope that I'm dead wrong. I'm back at it on Monday in the boat. Fingers crossed. 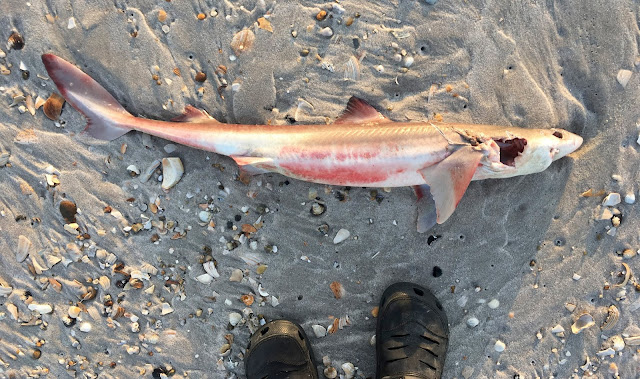 Posted by The Average Angler at 6:28 AM