There is a mixed bag of fish in the surf right now. We are finding the usual species, and some not-so-typical ones thrown in. I have been hearing albies have shown up starting mid-July which is a good month early. Today I got down to the beach around 5 am and watched as I walked. There are several spots where albies show themselves every fall and Monmouth Beach is one of them. Saying that isn't spot burning because when albies blow up of the beach it usually is short lived. I found one angler crankin' metal and figured he was out for the Little Tunny. He caught one yesterday, and had them off Long Branch about a week ago. We talked for a while and watched as bluefish chased small bait around.
This beach was the scene of a 13 million dollar beach replenishment earlier this year. I have been shooting pictures every time I'm on these beaches. For those that know, these rocks were covered after the work was done, but since, the sand has been washed back into the ocean. One things for sure, watch your kids if you're on these beaches, the drop off is quick and severe. 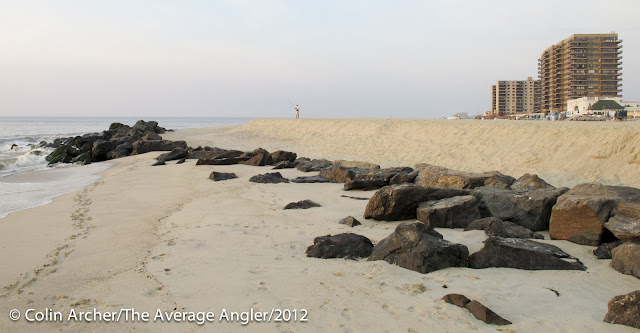 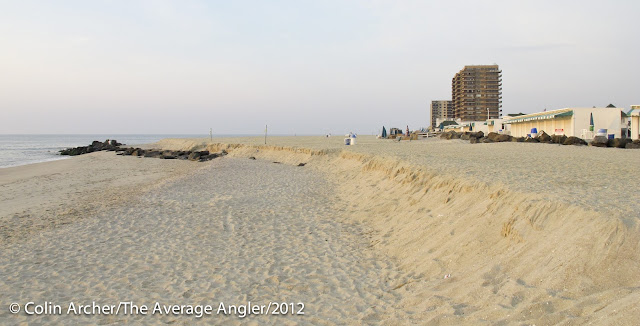 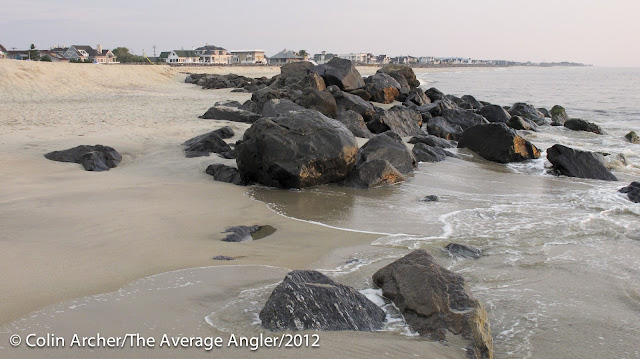 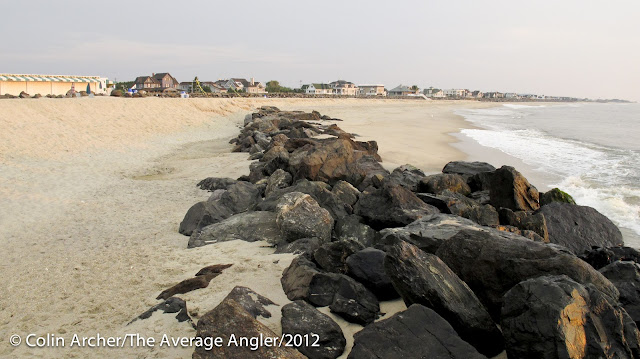