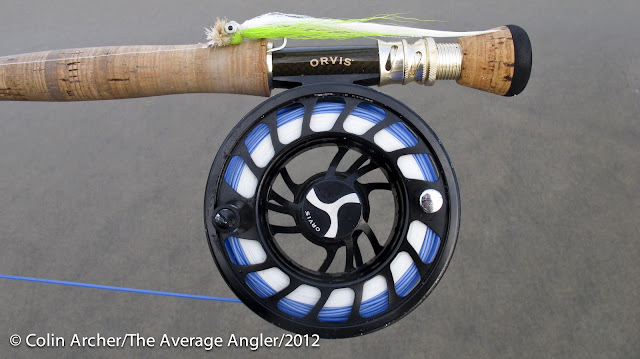 Well my "Sandsweeper" fly that I tied up last week came through today as (well a) ferocious schoolie striped bass (well one) jumped on it while fishing the incoming tide. I was happy and enjoyed the nice quick fight this bass gave. I have watched as anglers toss these size, smaller, and even keeper sized fish back into the water without much ado. Sometimes I even see them throw them short and then kick them back in, but that's another blog post. But what's interesting to me is that I don't feel the same way. I am thrilled when I catch a striped bass, no matter the size. The 20" fish I caught this morning took more work than 35" stripers I have caught. I had a SES wind that was just enough to bother you when I made a cast, an incoming tide with swells that arrived every few seconds, a hot summer month, and water that may or may not be holding fish. So put that all together and you have, to me, a great catch.

When I guide on the Upper Delaware anglers for the most part treat those wild trout like they are sacred, and that's good. We are careful when and how we fish for them, use the right weight fly gear with barbless hooks, fight and land them as quick as we can in rubber only nets, wear special gloves when quickly holding them for a picture, and then hold them in the current for minutes to revive them before letting them go.
Twenty inches has become the standard which trout anglers can measure the success of a days outing. There are more lies told and fabricated and rulers stretched from 18 to 19-3/4" then any other on the river. Everyone wants to say they had at least one 20" fish when they go. Tell someone you got a 19" fish, ho-hum, that's nice. Tell them you caught a 20", then they're ears point up and they want to hear the what, when, and where.
This morning I told a guy a know that I got a nice striped bass and he said, "Really, how big?". I answered, "20 inches". He just laughed as he looked away and puffed on his cigarette.

I feel the same way about a 20" striped bass or 20" brown trout, really I do. Maybe it's I', just happy any time I catch a fish, period.  Size is great, but it's not all that matters. The number caught doesn't matter either, but at least one does make me feel better. 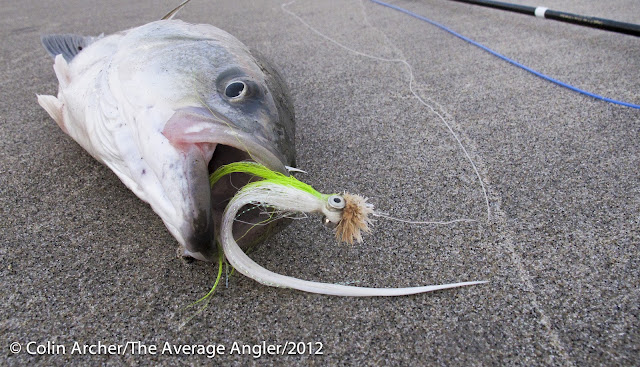 I was the first angler out this morning and was soon joined by Al who was throwing the fly and then by a bunch of guys searching for fluke. I watched as one guy went tight, and then tighter, and then the 45 minute fight with a large cow nosed ray was on. I went down and watched for the last 15 minutes and then as it snapped off just as the next wave was going to put it on the beach. I was looking forward to getting some pics of it since the beaches are loaded with rays and skates now. 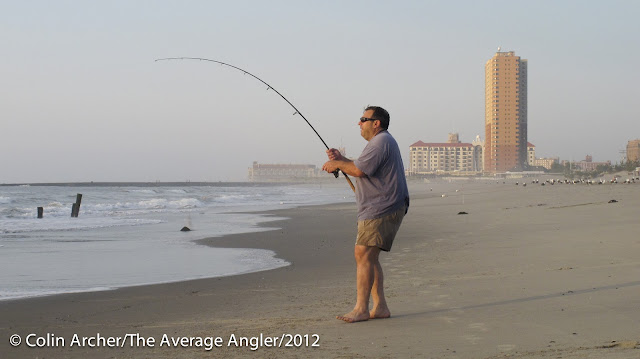 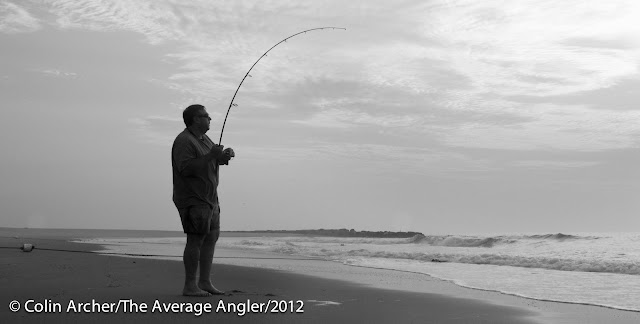 Posted by The Average Angler at 2:27 PM