I had a great few days up on the Upper Delaware. First things, I wish we had more water in the system, it's that bad. Here's the following flows,

I bought my drift boat back up and dropped it off in Roscoe before heading out to fish Bard Parker Friday night. Clouds of caddis overhead and a hendrickson spinner fall created plenty of targets to cast to. 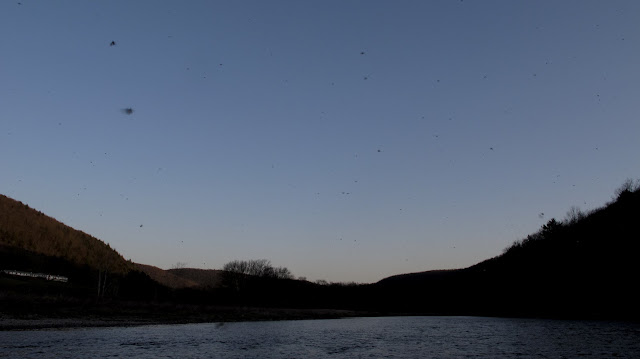 I stayed at the Capra Motel and got up and out pretty early to got to the West Branch Anglers "HOHW". It was a beautiful day, maybe to nice, as I am sure a lot of potential attendees split early to go fishing. I caught the end of John Miller's bug talk and stayed for Lauren Williams lecture which were both very good. It's always fun to have a talk with fellow photographer Jim Levinson and look at his fantastic Montauk striper images. Regal tyer Steve Silverio was talking about bombers to a group of anglers as Sheri from the Friends of the Upper Delaware sold raffles for a GLoomis rod. I caught up with Rachel Finn, but I didn't stick around for her casting demo which I hear is something to see.
One of my favorite things to see was the Orvis setup and the Fly Fishing 101 class. I stopped in as the class was learning the triple surgeons knot. There were families, and kids, and just a mixed bag of folks looking to learn. It's a great program that Orvis has and hats off to the staffs and fishing managers given the task to pull it off. In addition to the 101 there is also a Fly Fishing 201 which is the next step. If you are interested in a beginners class in fly fishing, contact your local Orvis shop. In New Jersey it's Orvis Marlton, HERE, and in NYC it's Orvis New York, HERE. 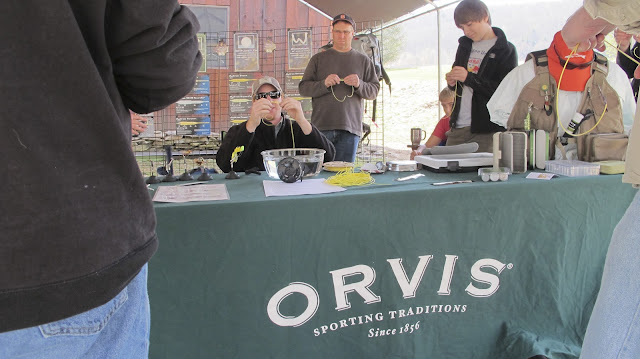 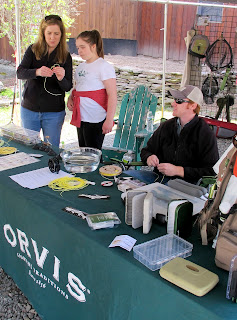 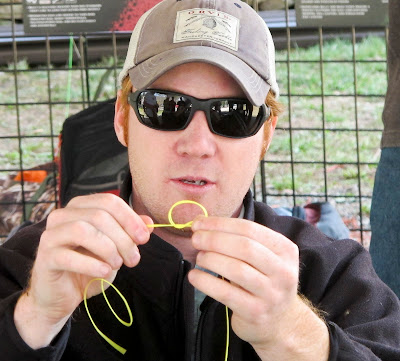 I was one of those folks that left early to fish. I started in the lower West and went one for two nymphing the riffs below Balls Eddy. Then at 3 I jumped over to the lower East Branch and had a blast there till night, and I was alone the last three hours. It was a day of bugs, (apple caddis, hendricksons, blue quills, quill gordons, and stoneflies), and fish ( a brown and the rest rainbows), and wind ( for a while steady 15-20 with 25 gusts). For a while I wished I had my 10 weight as the wind was howling up the East Branch. And then it stopped, and started drizzling, and it turned on. I had a pod of healthy rainbows sipping spinners in an eddy right below where I was set up. I just fed my fly down into their wheelhouse and it was quick runs, nice jumps, and a spit hoot or two. I'll be up this week floating the lower Mainstem and hoping I get drenched with rain. 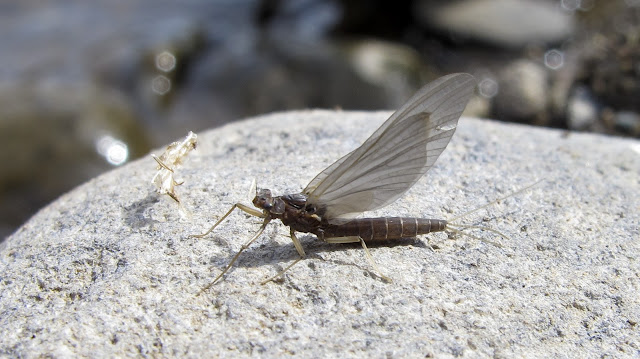 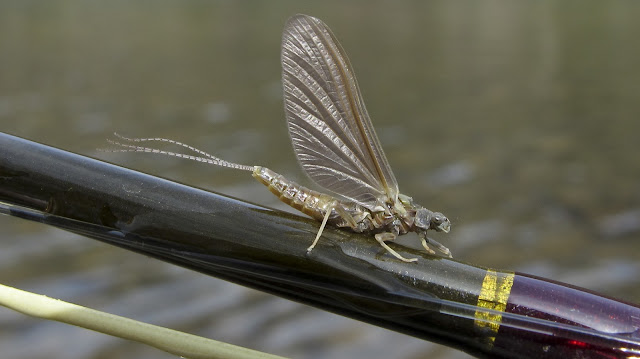 Posted by The Average Angler at 1:52 PM