Here's the current flows on the Upper Delaware today:

So it was scary low today. We need a nice steady rain that lasts a few days. Top off the reservoirs, put some water on the tops of the mountains, and put some volume in the river system.

I spoke with Joe D yesterday and things were going off and in swing a month early. I saw some other posts on my Facebook page today that described yesterday chilly and windy day as "epic"- that's a strong word but it must have been some day.

I only saw three anglers today, and two of them were a couple of buddies fishing below the Hale Eddy bridge. One was working a fly rod and the other was drifting worms. I watched from above as the new fly fisherman worked a streamer in the middle of the river. I later spoke with him and learned that he is from New Jersey and is just getting his first taste of the fly rod, and the Upper Delaware. Wait until he catches his first wild brown or sees all the rises during a killer hatch. 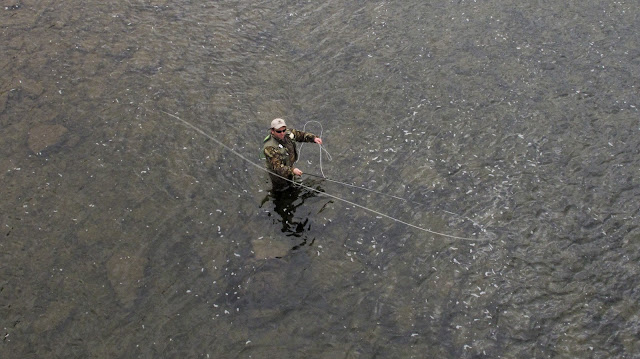 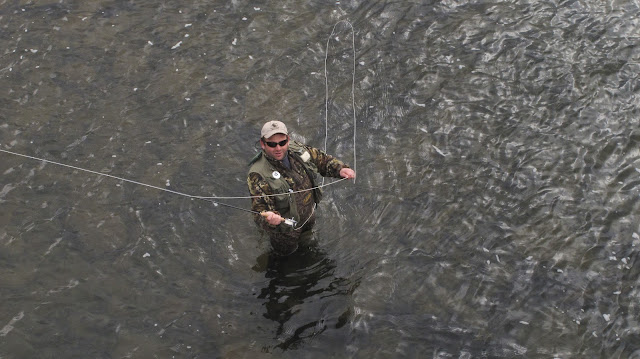 One of my main reasons for going up to grab my drift boat and bring it back home to give it a good cleaning, inventory check, and test run before the float trips start. Looks like it will be mostly lower West Branch and Mainstem floats this year. It might be time to set up the pontoon boat.